Steady evolution has always been the name of the Audi A6’s game, almost back to the very olden days when it was known as the Audi 100. This process of natural selection is not to be feared, however, because the A6, whether in saloon guise as here or as the more voluminous Avant estate, has in recent years developed into rather a splendid car.

This latest version, launched in 2018, ups the ante even further, even if at first glance it looks rather similar to the car it replaced. Underneath, it harnesses new technologies borrowed from other Audis, cars such as the A7 Sportback and the expensive A8, in the hopes of making this luxury car more comfortable, more efficient and more desirable. Chief among these are a new (mostly) aluminium chassis and some mild hybridisation for each variant.

The mild hybridisation comes in a 48-volt system for the six-cylinder engines and a 12-volt one for the four-cylinder unit. The idea is that a belt alternator/starter connected to the crank recovers energy under deceleration and stores it in a lithium-ion battery under the boot. The A6 can also coast with the engine idling at speeds between 34 and 99mph, and the stop-start function can operate at higher speeds too, all in the name of fuel efficiency.

Standard equipment is pretty generous on any A6. All models come with electric front seats and LED headlights, and the entry-level Sport also comes with 18in alloy wheels, leather seat trim, dual-zone climate control, ambient LED interior lighting and keyless go. Upgrade to S line and you’ll get bigger 19in wheels and firmer sports suspension and adaptive LED headlights, as well as a lot of styling add-ons.

On the road, it’s mightily impressive. The 2.0 diesel can feel a little lethargic, but the rest of the engine options don’t lack for punch. Only a lag in the transmissions can annoy, as there’s often a slight hesitation between putting your foot down and anything actually happening. The 3.0 petrol V6 cars are both flyers, but their fuel consumption is commensurately high. All the engines are hushed, mind you, especially the four-cylinder diesel. Wind and road noise are low, too, and the interior of an A6 is generally a calming place to be.

There were four suspension options to choose from when the car was new. Entry-level Sport trim uses conventional steel springs and dampers, S line models use the same, but stiffened and lowered, and there was the option of adaptive suspension that comes with switchable dampers that can be softened or stiffened to suit your mood. We’d recommend you seek out a car with this fitted, if possible. Adaptive air suspension was an even pricier option, but shop around and you may pick up a car with it on, although oddly it can be caught out by sharp bumps taken quickly, causing a most unseemly thud.

Visibility is excellent, with front and rear parking sensors and a rear-view parking camera. Audi’s latest generation of infotainment system swaps a rotary controller (like BMW’s iDrive) for a touchscreen with haptic feedback. The screen is sharp and, as standard, it's 8.8in diagonally across, but if you find a car with the Technology Pack fitted, the upgrades include a larger 10.1in screen.

Up front, there’s plenty of space for two, while in the rear passengers enjoy more leg and head room than most rival cars offer. A central third passenger will have to straddle a small central tunnel but otherwise gets a good amount of room. The boot is positively massive, and is a good shape and easily accessible - it’s one of the best in its class.

If you're interested in finding a used A6, or any of the other cars mentioned here, head over to the Used Car Buying pages to find lots of cars listed for sale at a great price. 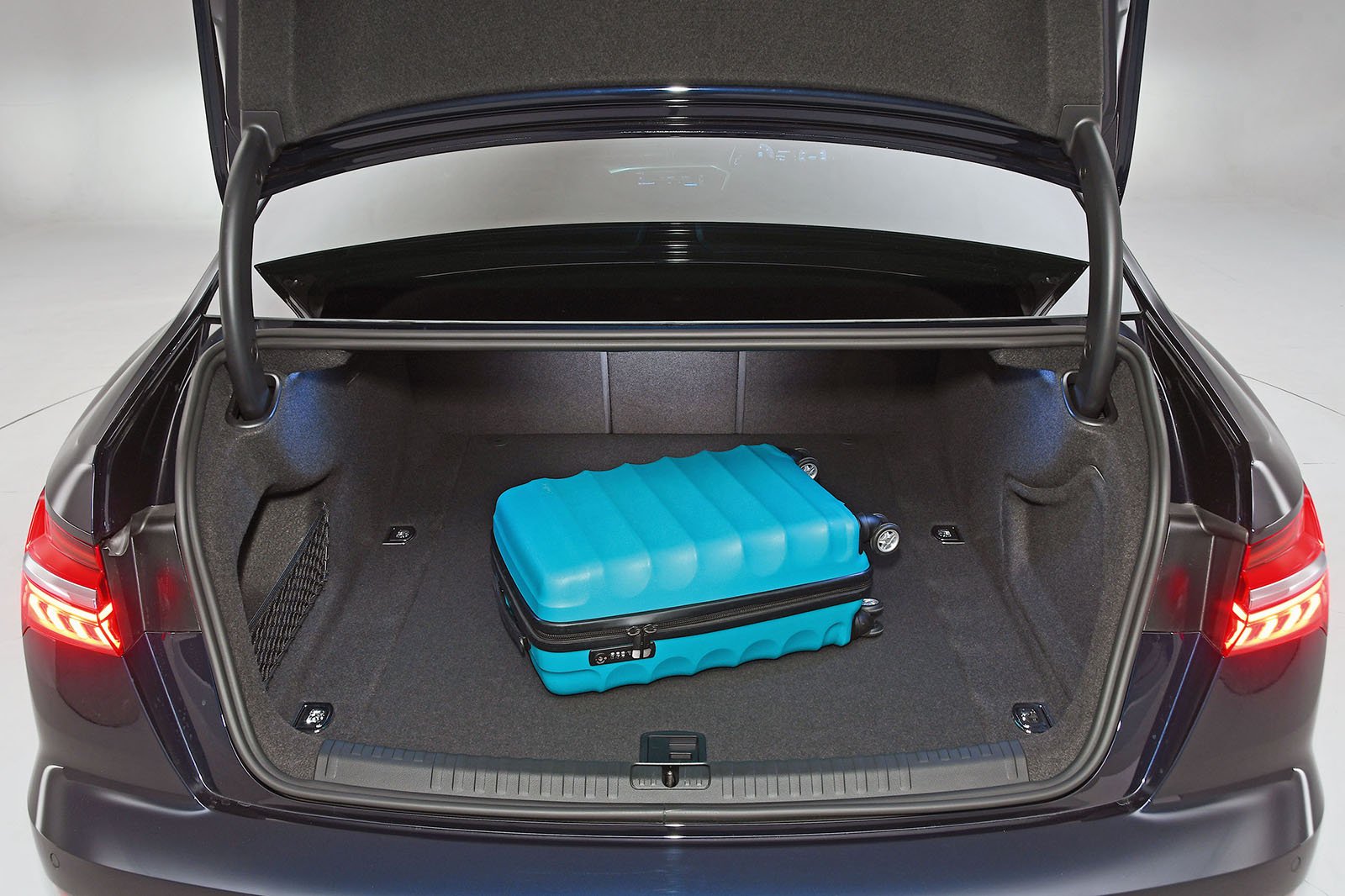