The word ‘staid’ is used to describe someone who is of settled or sedate character, one who is not flighty or capricious. This could also be used to describe the 2011-2018 Audi Q3, because it appears on the surface to be rather strait-laced. But if this version of the Q3 is a touch on the boring side, that’s only because, like the later Q3 that replaced it, it’s so good at what it does.

Audi kept the trim line-up pretty simple with this generation of Q3, with three trims to choose from - Sport, S line Edition and Black Edition. The entry-level spec is fairly generous considering the size of SUV we are talking about, so expect to find 17in alloys, xenon headlights, rear parking sensors, aluminium roof rails, cruise control and auto lights and wipers. The interior is adorned with dual-zone climate control, adjustable front seats, floor mats and Audi's MMI infotainment system complete with a pop-up 6.5in screen, sat-nav, a DAB radio, Bluetooth and USB connectivity and voice recognition.

On the road, the Q3 was always a competent if uninspiring performer. Let’s start with the handling, which is more akin to that of a hatchback than an SUV. The Q3 has a squat stance and plenty of grip, so it feels very surefooted, in both front and four-wheel-drive configurations. The Q3 generally has a comfortable ride, although this is spoiled by the rather firm suspension set-up in the S line versions.

Smoother still, no matter which version you choose, is the range of engines on offer, from a punchy 1.4-litre turbo petrol unit all the way up to a 2.5-litre five-cylinder turbo in the rapid RS Q3 Performance.

Inside the Q3, things are pretty standard for an Audi. It is built with high-quality materials and the switches all operate with a well-oiled slickness we’ve come to expect from Audi. The infotainment system is easy to use and the buttons to control it are in the centre of the dashboard. The standard system is fine, but it can be upgraded with a Technology Pack that includes a hard drive for music storage, a digital TV and a more advanced sat-nav. There is a cheaper sat-nav option on SE and S line variants that will be worth seeking out. Mind you, the Volkswagen Tiguan has similar or better equipment levels to the Q3.

The interior of the Q3 isn’t perfect, though; the pedals in manual cars are offset and can make longer drives uncomfortable for some drivers. Thankfully, the windscreen pillars are relatively narrow, so visibility out of junctions is good. Rear parking sensors are standard, which is fortunate, because the rear window is a little on the small side.

Boot space is a little on the small side, although overall volume is increased if the car is fitted with a tyre mobility kit instead of a proper spare wheel. The boot is at least accessed through quite a wide opening and there is only a small load lip, so sliding items in and out is quite straightforward.

Rear seat space is better than in the Mercedes GLA, but that isn’t really anything to crow about. Adults will find leg room limited, with the front seatbacks being in close proximity to their extremities. Head room is tight too. If you need decent rear seat space, the Volkswagen Tiguan and the 2015-on BMW X1 are both better bets. There are plenty of cubbies for water bottles and mobile phones in the doors and centre console up front.

Overall, the Audi Q3 is a premium small SUV that offers a decent drive and a nicely finished interior. It isn’t the best equipped or the most practical, and there isn’t an ultra-frugal version to match those of rivals, but the Q3 is a smart-looking car that’s also refined and comfortable. 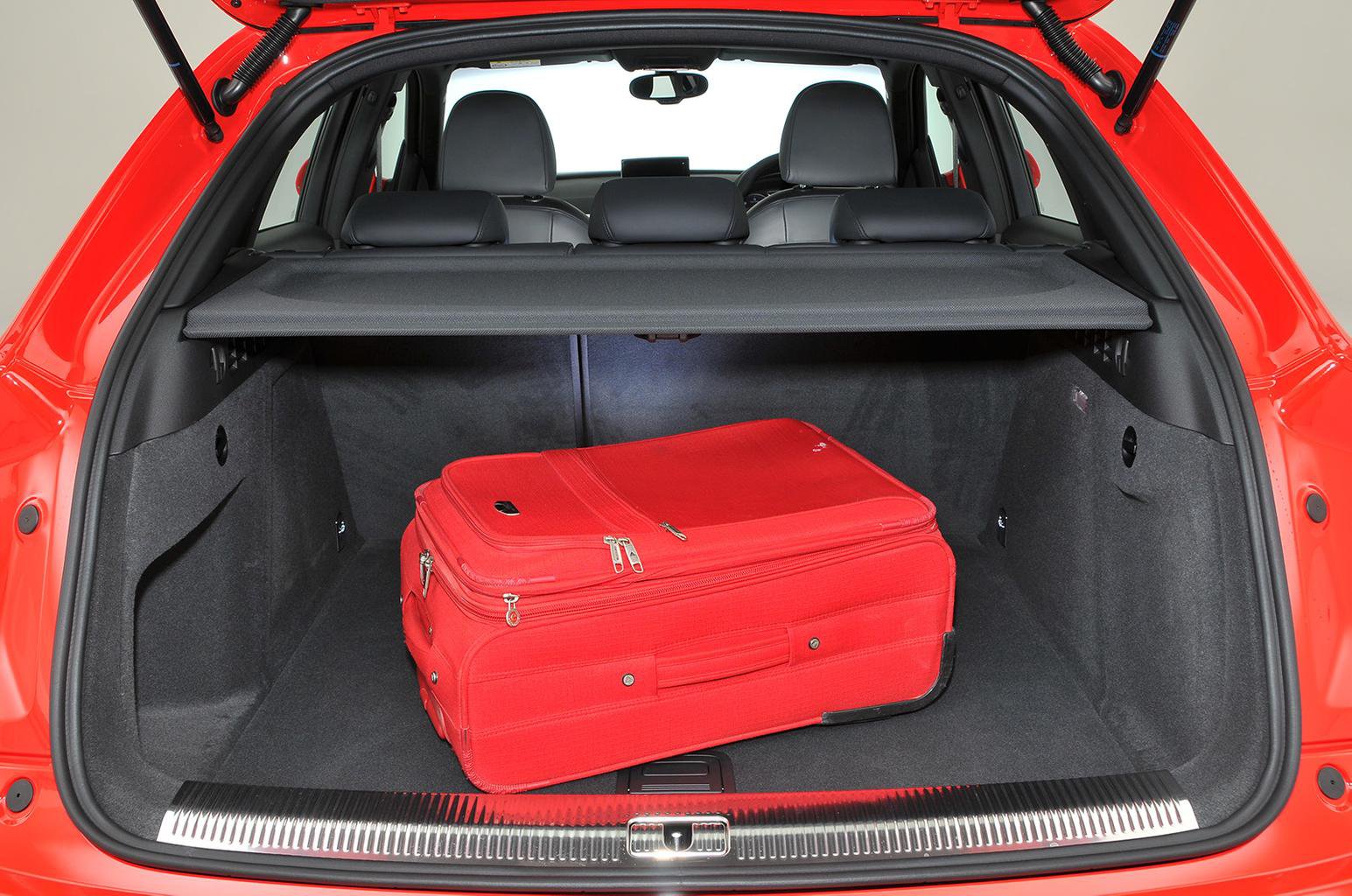