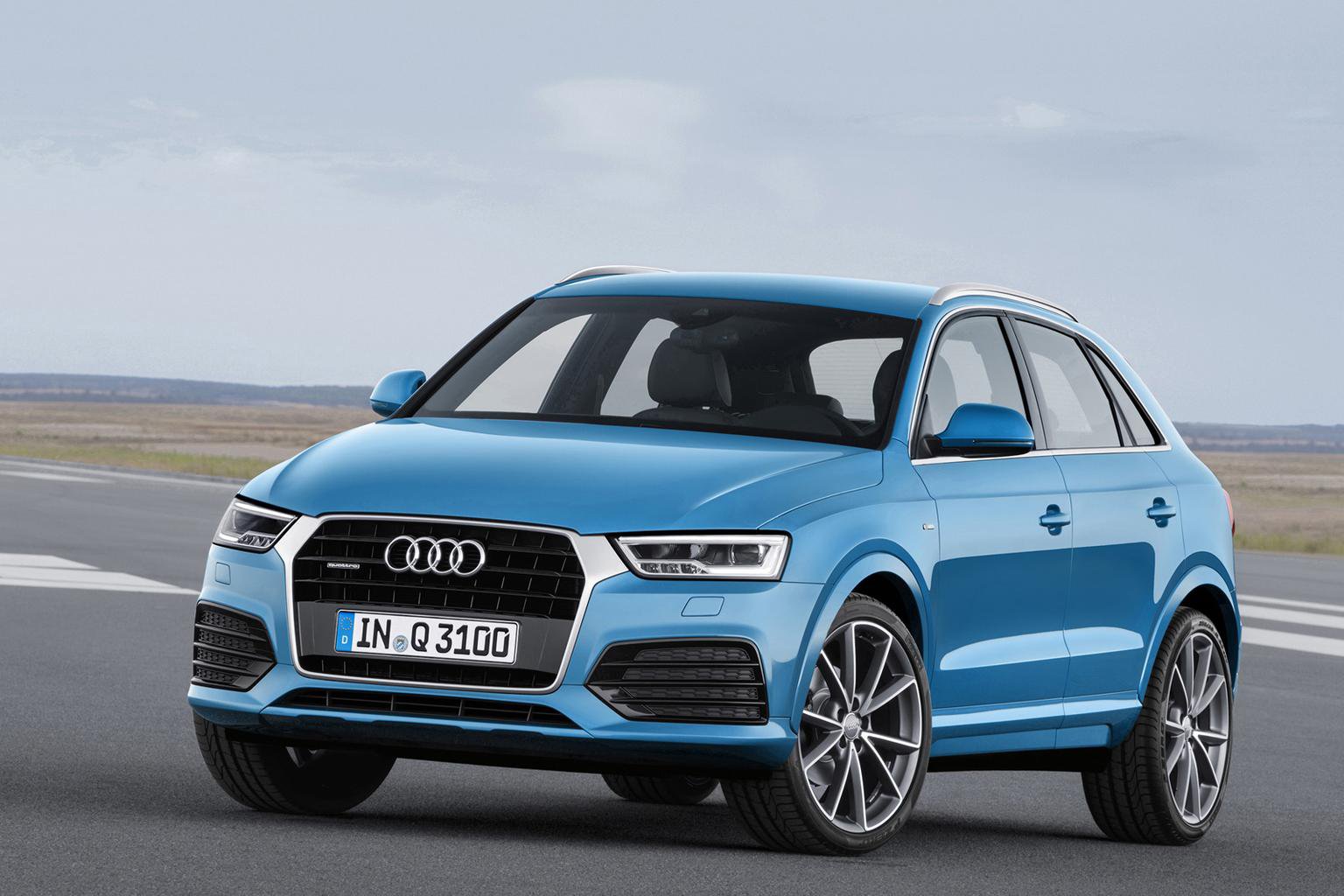 The face-lifted Audi Q3 and RS Q3 have been revealed, with a delivery date set for spring next year.

What is it?
The Q3, Audi's small SUV, has got a fresh new look for 2015, and now comes with more equipment as standard and more efficient engines. The performance RS Q3 also gets a 30bhp power boost.

All models have been tweaked visually, with a a new front grille, revised bumpers and new-look alloy wheels. The SE models also come with the full body-colour paint finish that was previously offered only on S line models and above. All versions get new front and rear lights.

The Q3 now comes with the 148bhp 1.4-litre TFSI petrol engine with cylinder-on-demand technology, which has previously appeared in the A1 and A3 hatchbacks. It shuts down two of the cylinders when they are not needed in order to save fuel.

This engine is offered with either a six-speed manual or a twin-clutch S-tronic automatic gearbox, and the two versions are capable of 50.4mpg and 47.9mpg respectively. When fitted with the auto 'box, it is also capable of getting from 0-62mph in 8.9 seconds.

There are two more petrol engines on offer. The first is a 2.0-litre, which has had a power hike from 168bhp to 178bhp, and the second is the 2.5-litre, five-cylinder unit in the RS Q3. This engine has had a 30bhp power increase to 335bhp. As a result, it is now faster from 0-62mph, taking 4.8 seconds, but still has an official fuel economy figure of 32.8mpg.

There are also two diesel engines, both of which also come with more power. The lower-powered version is now a 148bhp unit - a boost of 10bhp - and has improved efficiency. It has also shaved 18g/km off its CO2 rating, and its official fuel economy is now 7mpg better, at 61.4mpg. This engine is available as either a 2WD or with all-wheel-drive, whereas the 181bhp version is only available with the AWD quattro system.

The 2015 Audi Q3 now comes with the drive select system as standard, which allows drivers to adjust the damper settings.

Sports seats with electric lumbar adjustment are now standard on the S line and S line Plus models, and optional on the SE trim, while S line versions and above get an electronic tailgate.

The boot also gets a new retractable luggage cover as standard.

All models also get xenon or LED headlights as standard, depending on the trim level.

Pricing for the RS Q3 will be announced closer to the car's launch in January 2015.

There might be a price rise on this new Q3, but we reckon discounts will still be available. Currently, they range from around £1500 to £2000 on the existing car, so it is worth haggling on the refreshed version as well.

The only exception is the RS Q3, on which our Target Price team has not found consistent discounts.