It's easy to get comfortable, thanks to a good range of seat adjustment and a steering wheel that moves in and out as well as up and down. Our only gripe is that the driver's seat doesn't offer adjustable lumbar support, even as an option. As a result, some drivers could suffer from backache on longer journeys.

The i3's dashboard is very logically laid out and the controls for the air conditioning are easy to use and within easy reach.

The i3 has an unusually low dashboard with a simple digital screen behind the steering wheel, so you're instantly aware of a huge glass area in front of you. The car's tall windows provide a good view to the front and sides, although there is an annoying blind spot over your shoulder caused by the thick central pillar.

Still, the i3's boxy body makes judging its width a relatively straightforward task and it's a doddle to park as a result. You get rear parking sensors as standard, while front sensors, a rear-view camera and an automatic self-parking system are available as part of the Park Assist package.

It’s impressive, too, that BMW includes full LED headlights as standard on every i3. They give a brighter, wider, more consistent light than cheaper halogen units. 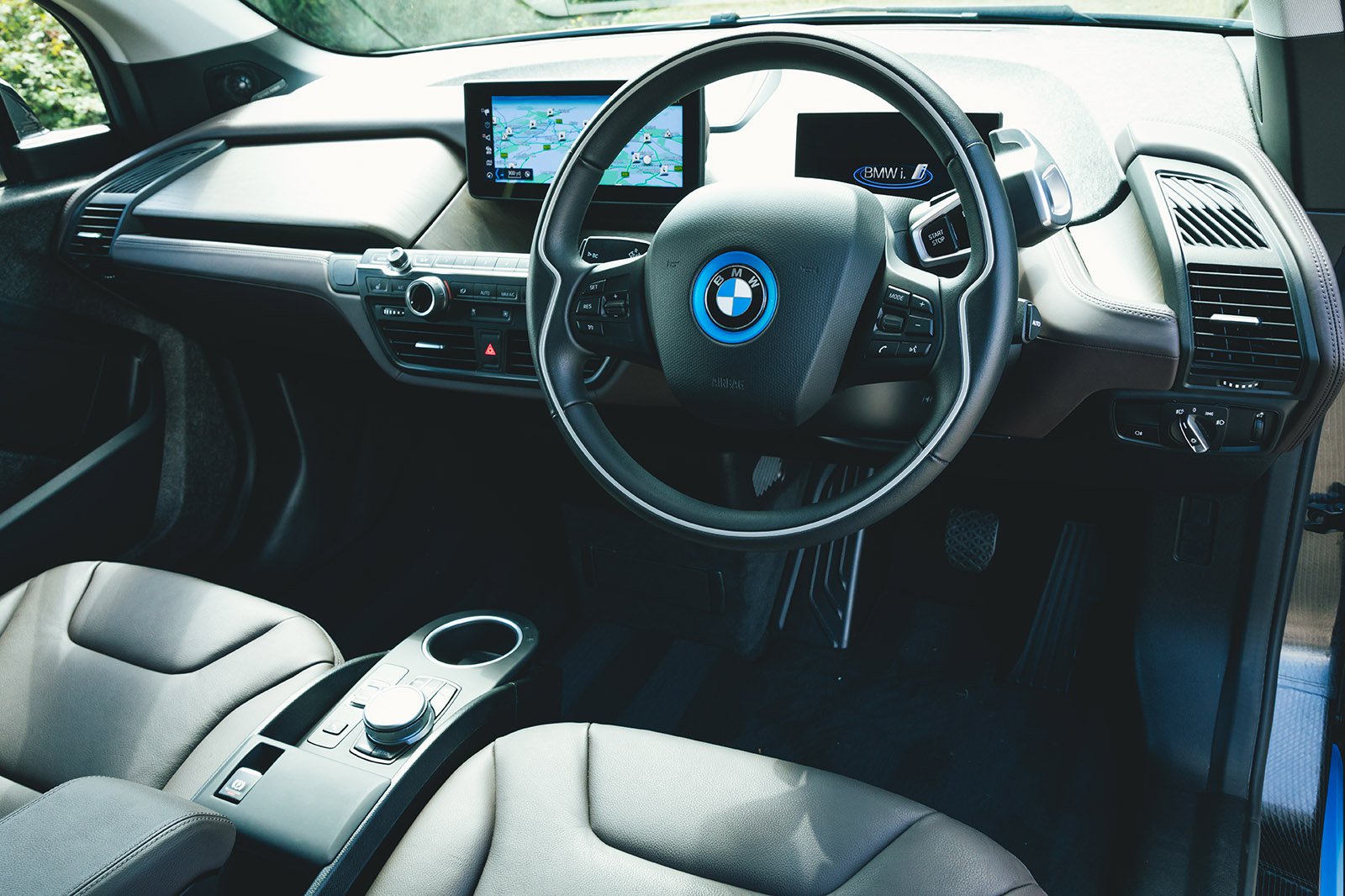 All versions of the i3 have a 10.25in screen in the middle of the dashboard, along with sat-nav, DAB radio, Bluetooth and a USB socket. Controlled by twisting and pressing a dial between the front seats, the system is super easy system to get to grips with and the screen is razor-sharp. There are also some handy shortcut buttons to, well, shortcut you to functions you're likely to use regularly.

What's more, the sat-nav has been designed to make electric motoring easier; it can offer guidance to find charging points and will even warn you if a selected destination is beyond your current range. If you prefer to use phone apps such as Google Maps or Waze, BMW also has you covered because smartphone mirroring comes as standard. However, you'll need to own an Apple iPhone because Android Auto isn't available.

For the most part, the i3’s interior is really well finished with upmarket materials, including exposed strips of carbonfibre, and appealing wood finishes taking pride of place. There is a deliberately rugged edge to some of the materials used; BMW has made a statement by featuring recycled materials wherever possible. However, the compressed fibres that make up the door trims won't find universal approval.

The button and switches all feel impressively solid, as if they've been taken straight from one of BMW's executive saloons. Even the unusual gear selector, which is mounted on a stalk behind the steering wheel, makes a reassuring clunk when you nudge it between Drive, Reverse or Neutral. All of this adds up to a level of interior quality that puts some more expensive EVs, including the Tesla Model 3, to shame. 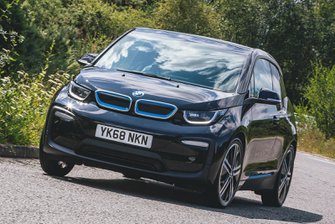