The i3 is pretty spacious in the front, thanks to the lack of a proper centre console (the bit that divides driver and passenger) and a gear selector located on the steering column instead of between the seats. The dashboard floats on top of a deeply scalloped base, so there's even more leg room than you’ll find in larger rivals such as the Kia e-Niro. There's no issue with front head room, either, thanks to a tall roofline.

The glovebox is on top of the dashboard and is deep enough for a couple of drinks bottles; you could fit a couple more in the door pockets. There's also an elasticated net under the centre of the fascia that makes a handy place to stow odds and ends.

There are only two seats in the back although each one does have an Isofix child seat mounting point, and those rear-hinged doors make lifting a young child in an out relatively easy. Annoyingly, though, the rear doors can't be opened without the front ones being opened first. 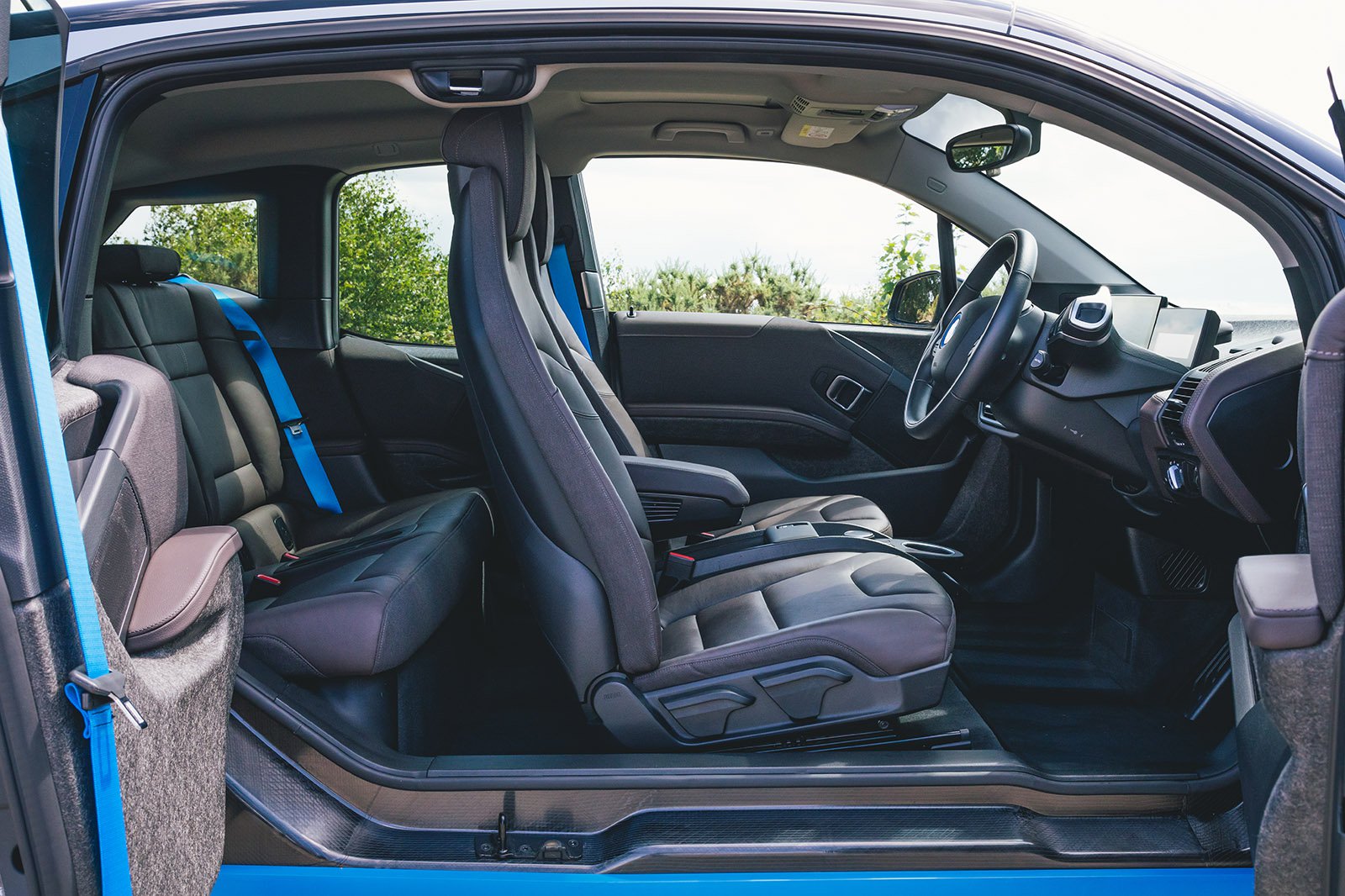 Unlike most rivals, whose rear seats fold in a handy 60/40 split, you have to make do with a 50/50 fold in the i3. Dropping the seats is an easy process, though, thanks to handles located near the headrests. These can be reached from inside the boot.

The front passenger seatback doesn't fold down flat to free up additional load space for longer items, but this is a relatively rare feature in the class.