Clamber into the i8 (something that's impossible to do gracefully) and you’ll be greeted by a well-designed interior that echoes the futuristic looks of the exterior. The swooping, chrome-detailed dashboard orients all the dials and controls towards the driver, while an 8.8in touch-sensitive display sits on top of the dashboard. This is joined by a digital dash to replace conventional dials as well as a head-up display. These are all standard, as is a leather-lined interior that hides the majority of plastic surfaces.

However, while it may have the air of something from the future, it is actually all pretty regular iDrive kit that you’d find in a 3 Series. Is that disappointing? Well, on the one hand, yes; it’s a shame that BMW doesn’t have a groundbreaking, futuristic infotainment system to match its groundbreaking, futuristic engineering. But, on the other hand, iDrive has long been our favourite infotainment system, so although we’re well used to it and you can find it on much cheaper cars, that doesn’t stop it from being great to use.

As with all iDrive systems, functions are controlled via an intuitive, centrally mounted rotary controller. The panel directly in front of you is like a conventional instrument panel, while the other in the centre of the dash presents the infotainment and media readouts.

The i8’s interior is well finished overall and certainly looks the part, but there are elements that let it down. You’ll find a few average-quality plastics in places and some of the switchgear is a little flimsy. That’s acceptable in a 3 Series, perhaps, but not in a flagship hybrid sports car, and the i8 generally doesn’t feel as robust and high-quality inside as an Audi R8.

It’s easy to find a comfortable driving position, thanks to electric front seats and a steering column that adjusts for height and reach, while the rest of the controls are easy to understand and access. A head-up display is standard, so you don’t have to take your eyes off the road. Visibility is good for a low-slung sports car and there’s standard parking sensors front and rear, plus a surround-view camera system for low-speed manoeuvring. 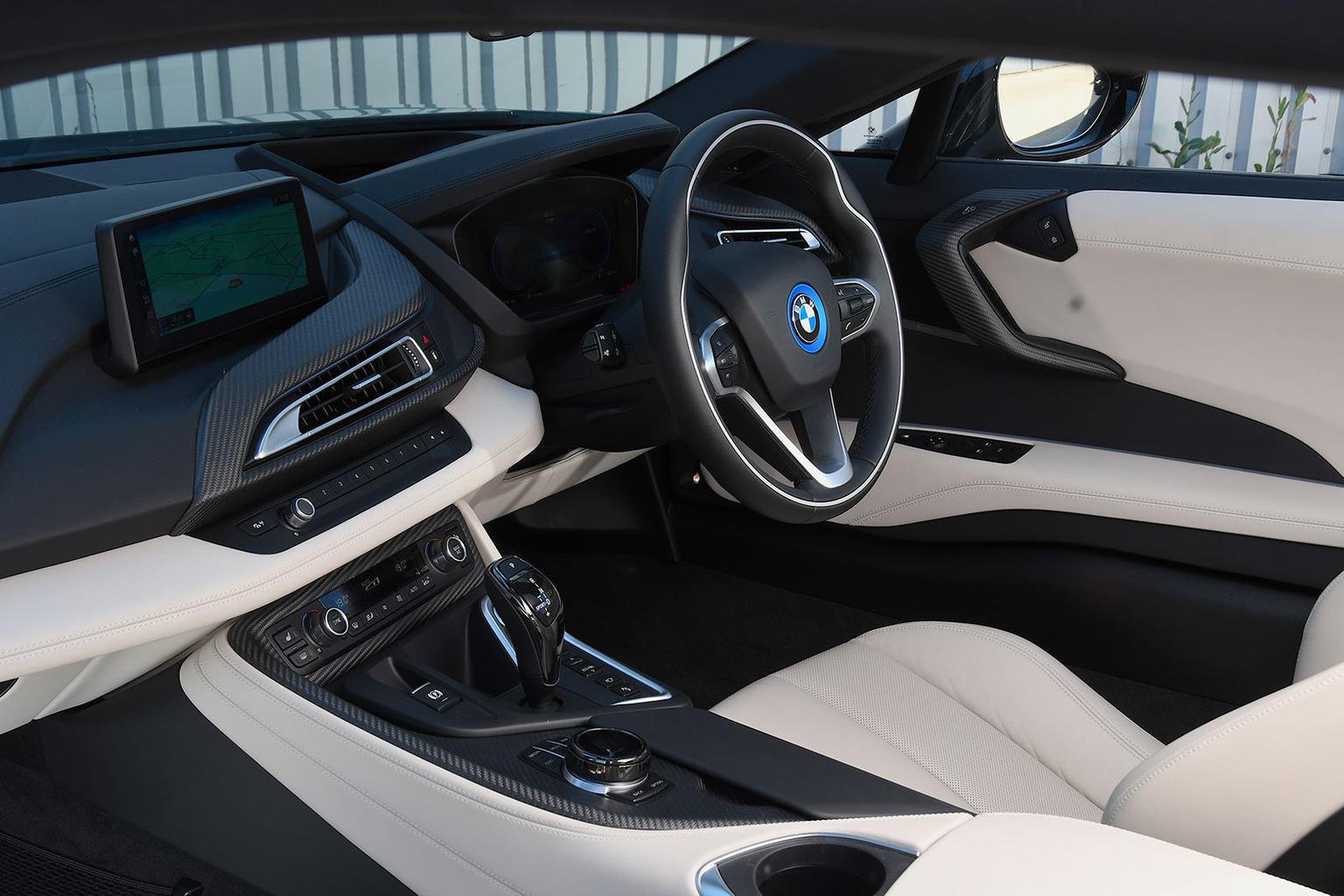