The figure-hugging sports front seats in the Ford Fiesta ST are comfortable on a long journey, and are fitted with electric lumbar adjustment and an extendable seat base for longer-legged drivers.

The steering wheel moves up, down, forwards and back by a useful amount, and the pedals are perfectly aligned with the seat and steering wheel, so you'll feel instantly at home and in control.

The Ford Sync 3 infotainment system is fitted as standard and comes with an 8.0in touchscreen. In some ways, it’s not as easy to use as the Polo GTI's system – the icons tend to be smaller, for example – but it’s still decent, with sharp graphics, relatively simple menus and lots of features. These include built-in sat-nav, Apple CarPlay and Android Auto smartphone mirroring, a DAB radio and Bluetooth.

One gripe is that the infotainment system doesn't have physical shortcut buttons to make it easier to hop between functions, but it's more responsive than the Hyundai i20 N set-up and miles better than the system in the Suzuki Swift Sport and the (significantly more expensive) Toyota GR Yaris.

The Fiesta ST's interior quality is better than you'll find in the Swift Sport too, because you get some soft-touch plastics on the upper half of the dash – something that’s also absent in the i20 N. The ST stands out from the rest of the Fiesta range because of its leather sports steering wheel, the unique sports seats, carbon fibre-effect trim inserts and the numerous ST badges. Still, there’s no doubt the Polo GTI is the plushest hot hatch for the money.

The Fiesta ST can fight back in the audio department, though. There’s a 10-speaker B&O sound system available as an option (it otherwise comes with six speakers as standard) that knocks the Polo GTI’s optional six-speaker Beats system for… wait for it… six when it comes to sound quality. 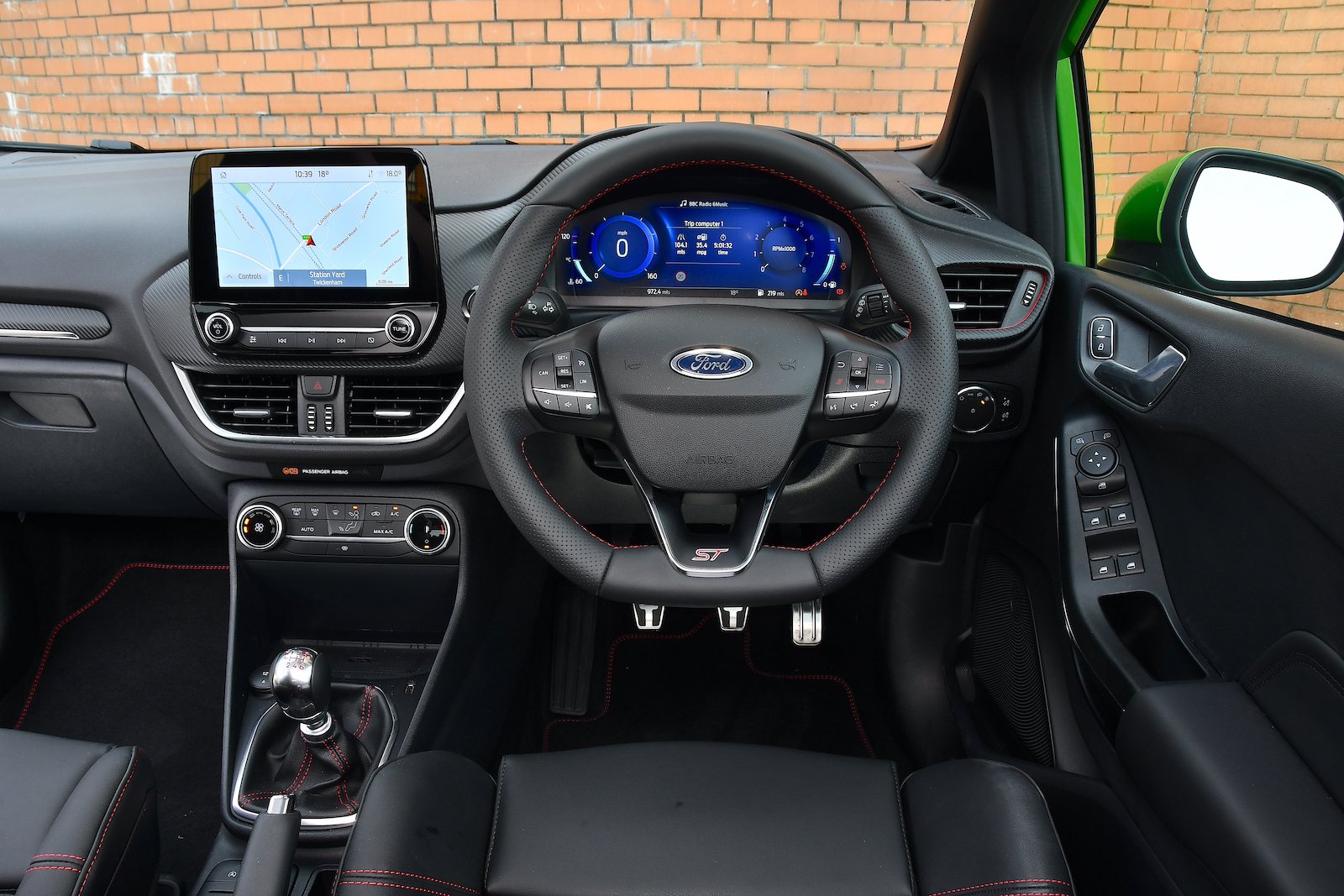