How pricey the F-Type Convertible seems depends on what you are comparing it with. It looks decidedly dear next to an entry-level Porsche 718 Boxster, which, despite being faster and better to drive, costs thousands of pounds less to buy. But, on the other hand, there are versions of the F-Type Convertible that are considerably cheaper than the Porsche 911 Cabriolet and BMW 8 Series Convertible despite matching their performance. Whichever way you slice it, you need deep pockets for the range-topping R, which sneaks into the price territory of the Audi R8 Spyder supercar. It’s also worth noting that there’s a considerable financial step up from an F-Type Coupe to an F-Type Convertible.

Unsurprisingly, insurance and road tax costs will be high on any F-Type Convertible and depreciation is heavier than it will be on any Porsche. The four-cylinder model is easily the best for fuel economy and company car tax, but it still isn’t what you’d call cheap to run, while the V8 cars will keep you visiting the petrol pumps regularly.

The entry-level P300-powered F-Type is quite well equipped, with LED headlights, 18in alloys, a sports exhaust, cruise control and the 10.0in infotainment system. You can also choose the P300 engine with R-Dynamic trim, which adds some extra styling touches, along with bigger wheels. The P450 engine is only available as an R-Dynamic model, while the P575-powered F-Type R stands at the top of the range, with a more distinctive bodykit, even bigger wheels and fully electrically adjustable seats. Other options include keyless entry (standard on R), heated seats and a heated windscreen, and you’ll probably also want to spend extra on the premium leather interior and the aluminium gearshift paddles.

We don’t have any reliability data for the F-Type Convertible itself, but Jaguar as a manufacturer finished near the bottom in the 2019 What Car? Reliability Survey. The standard three-year, unlimited-mileage warranty and three years’ roadside assistance should provide some peace of mind, though. Both can be extended at an extra cost, too.

The F-Type hasn’t been crash tested by safety experts Euro NCAP, but it comes with the safety equipment you’d hope for. Like most rivals, the F-Type Convertible has stability control, four airbags and a tyre pressure monitoring system. However, its active bonnet is an unusual feature; it pops up to cushion the impact in a collision with a pedestrian. It also has lane-keeping assistance, driver condition monitoring to warn of signs of tiredness; traffic sign recognition and automatic emergency braking. Blind spot monitoring is part of an optional package.

The F-Type is comparatively good at keeping out thieves; it scored five out of five for guarding against being stolen and four out of five for resisting being broken into in Thatcham Research’s security tests. 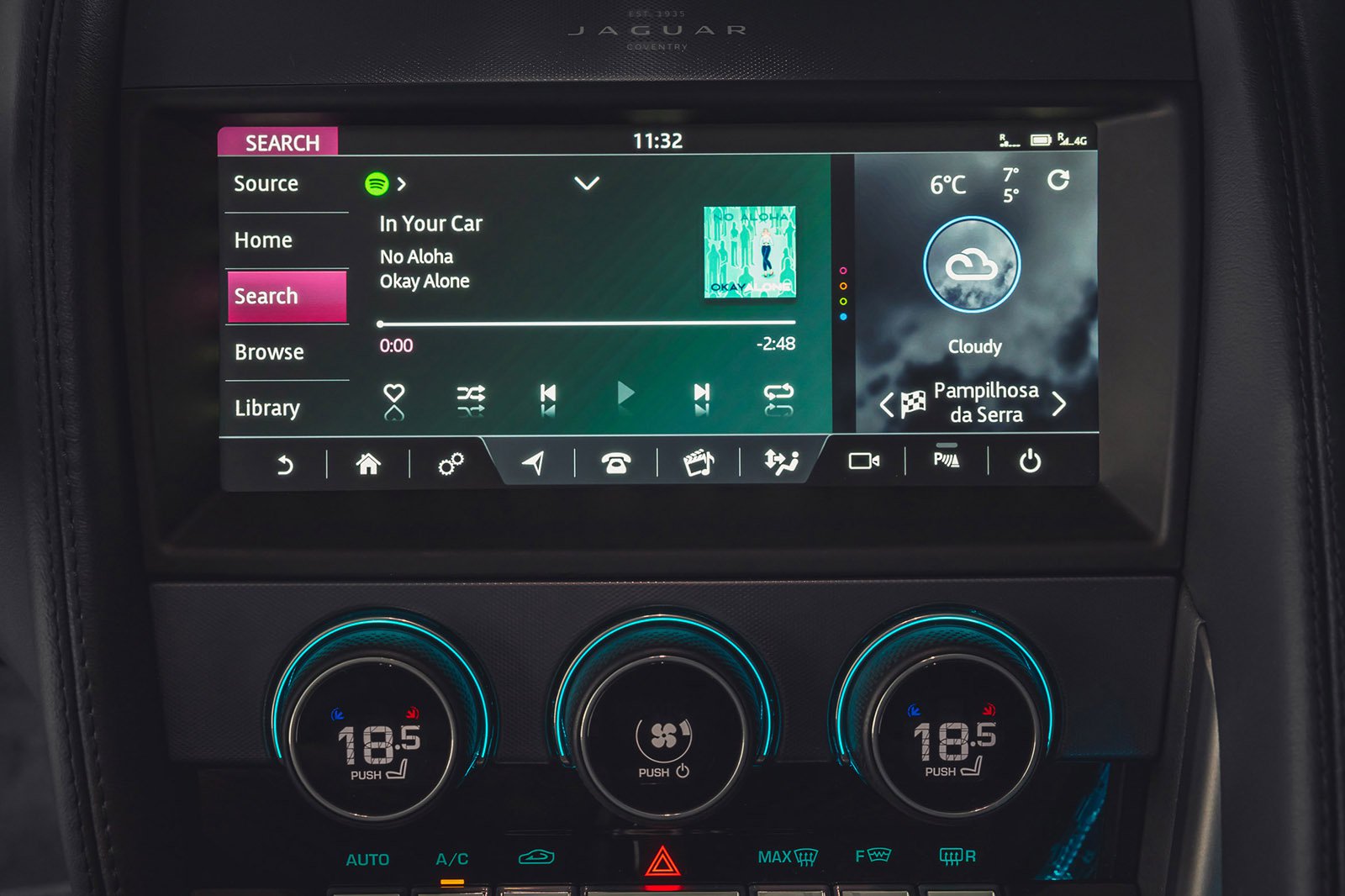