You’re not likely to have a shortage of head or leg room in the front of the Jaguar I-Pace – even if you’re really tall. The front seats are a good distance apart so you won’t be banging elbows with the person next to you either.

The abundance of oddment storage sets the I-Pace apart from many other electric cars, especially Teslas. Each door bin can take a large bottle of water, there’s a useful cubby at the base of the dashboard and you’ll find an enormous storage bin between the front seats.

There’s enough head and leg room in the back of the Jaguar I-Pace for a pair of six-footers, but they might feel a bit claustrophobic due to the relatively small windows and the way the roof curves downwards to the sides of the car.

Despite those curves, there’s more space than in the BMW iX3, but the Audi E-tron and the Tesla Model S are slightly more accommodating than the I-Pace. Life is quite uncomfortable for a central rear passenger, though; their seat has a harder backrest than the others. Wide sills also mean getting in and out could be easier.

There's no seven-seat option, and that’s where the Tesla Model X has an advantage because it can be ordered with a third boot-mounted row of fold-out seats. 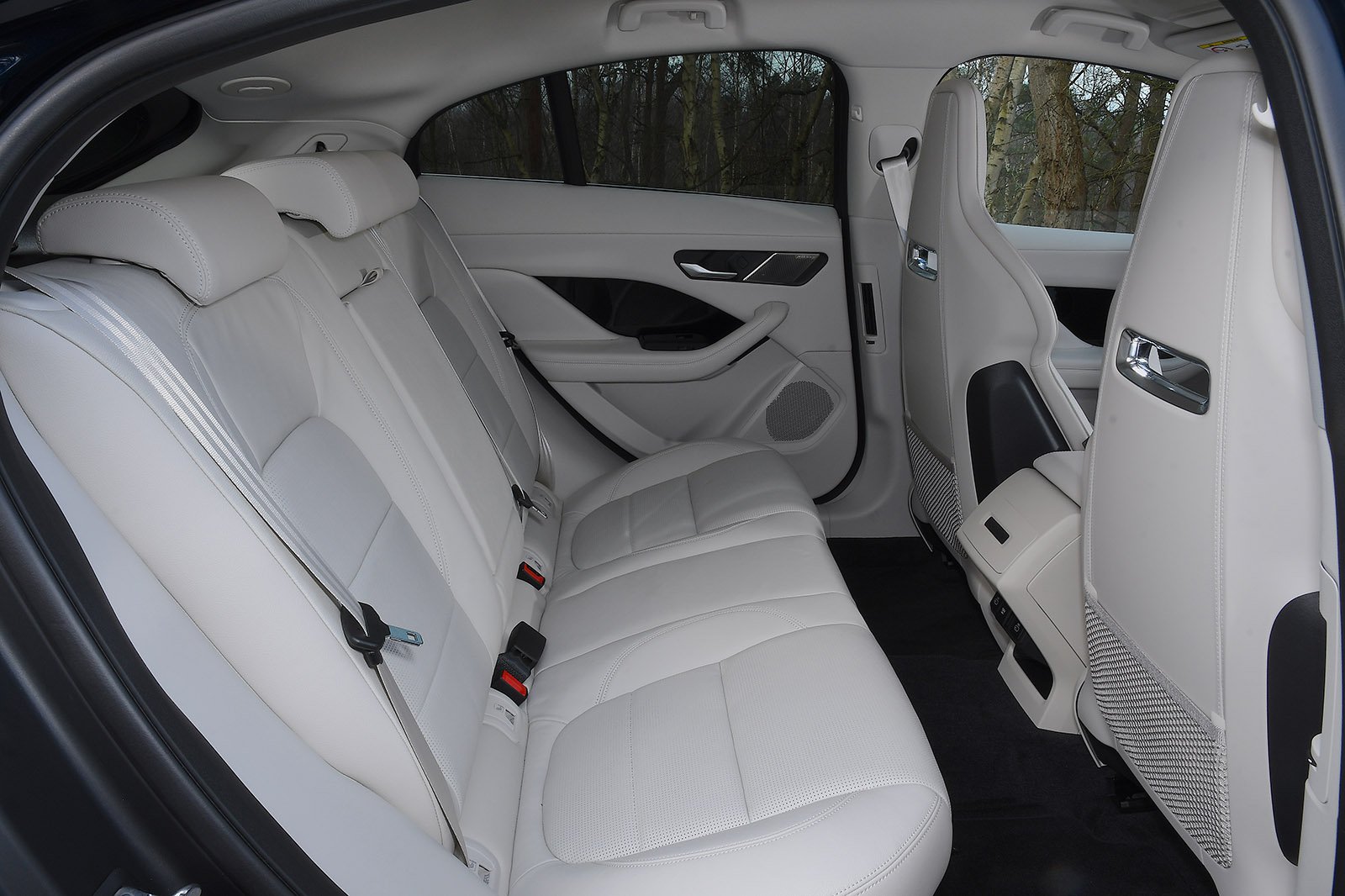 The rear seats split and fold 60/40 but you can pay extra for a more versatile 40/20/40 arrangement (which you’ll find as standard in the BMW iX3 and Audi E-tron).

You can’t do anything fancy with the back seats, such as slide or recline them, but the backrests do at least lie almost flat when folded. Trays beneath them are a neat touch, allowing you to keep expensive possessions away from prying eyes.

Jaguar had no need to reserve space for an engine at the front of the I-Pace, enabling the passenger compartment to be positioned unusually far forward.

This hasn’t quite resulted in the outstanding space you might expect, though. The boot can accommodate seven carry-on suitcases, while the Audi E-tron, Mercedes EQC and BMW iX3 could take eight. The Tesla Model S managed a staggering 11 cases below its parcel shelf.

But still, the I-Pace's boot is a usable shape, with a wide opening and a smallish lip that helps when hauling in bulky items. Practicality is improved further by a space beneath the boot floor dedicated to the charging cable and a second boot at the front of the car – although the latter is too small for even one carry-on suitcase.

SE trim adds a powered tailgate while HSE adds gesture control so that you can open the boot when your hands are full.