The GT-Line S may be generously equipped, but its sunroof eats into headroom and the electrically adjustable driver’s seat doesn’t drop as low as the manual perches in cheaper models – taller drivers might be better off spending less. Remarkably, though, the car’s steeply raked rear window and sloping roofline don’t inhibit rear accommodation or boot space severely; the rear seats are spacious enough for a near six-footer to comfortably sit behind somebody similarly tall in the front

At 594 litres, the Proceed’s boot is only 11 litres shy of a Volkswagen Golf Estate’s and 16 short of that of the giant Skoda Octavia Estate. It’s also only marginally smaller than the Ceed Sportwagon’s 625 litre effort, but has a smaller opening, a high loading lip and its lower roofline is less compatible with bulky loads. Still, it’s certainly well up to the task of being a main family car.

60/40 split-folding rear seats are standard; a more versatile 40/20/40 split comes with GT-Line S. The Proceed can’t match the Ceed Sportswagon estate’s flat load lip (blame the location of the number plate), but there are floor rails to which you can add versatile luggage restraints. 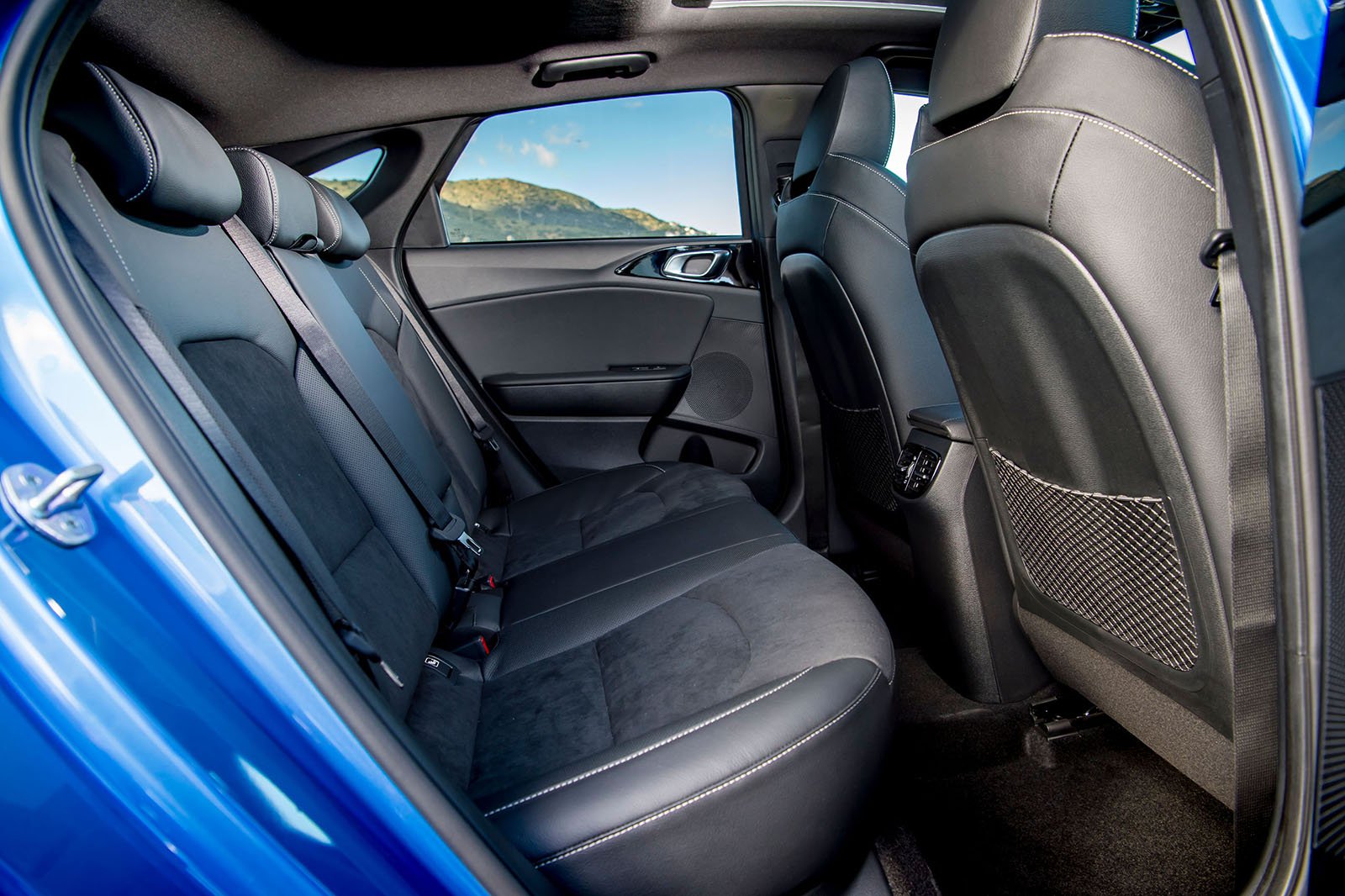