While there’s adequate leg and head room for most, the limited seat height adjustment will have really tall people feeling a little cramped.

More positively, storage cubbies abound, including large door bins with integrated bottle holders, two cupholders in front of the gearlever, a useful storage tray for a phone, and a front centre armrest with an integrated storage compartment.

In models with a sunroof fitted. tall passengers in the middle row might find their heads brushing against the ceiling, but the seatbacks can be reclined to improve head room a little. There’s room for three adults to sit abreast of each other, but head room is tighter still for the middle passenger, whose seat is slightly raised.

Even with the sliding middle bench pushed all the way back, leg room is never more than sufficient. The two rearmost seats are really best suited to children, but will likely prove acceptable for average-sized adults on a short journey. These seats fold easily into the floor when not required.

When only two rear passengers are travelling, second-row occupants can share a built-in centre armrest that has twin cupholders. The door pockets have bins with bottle holders, too. Third-row travellers can make use of the cupholders and storage trays that are built into the  rear wheel arch covers in the boot.

The Outlander’s third row of seats splits 50/50 and its second row splits in a conventional 60/40 fashion. Such flexible seating makes it an ideal choice if you’re looking for a versatile SUV; it allows you to accommodate a mixture of passengers and bulky loads, or drop all of the rear seats flat to create a huge load bay.

The second-row seats also recline and slide back and forth; enabling you to prioritise space for those in the second or third rows. 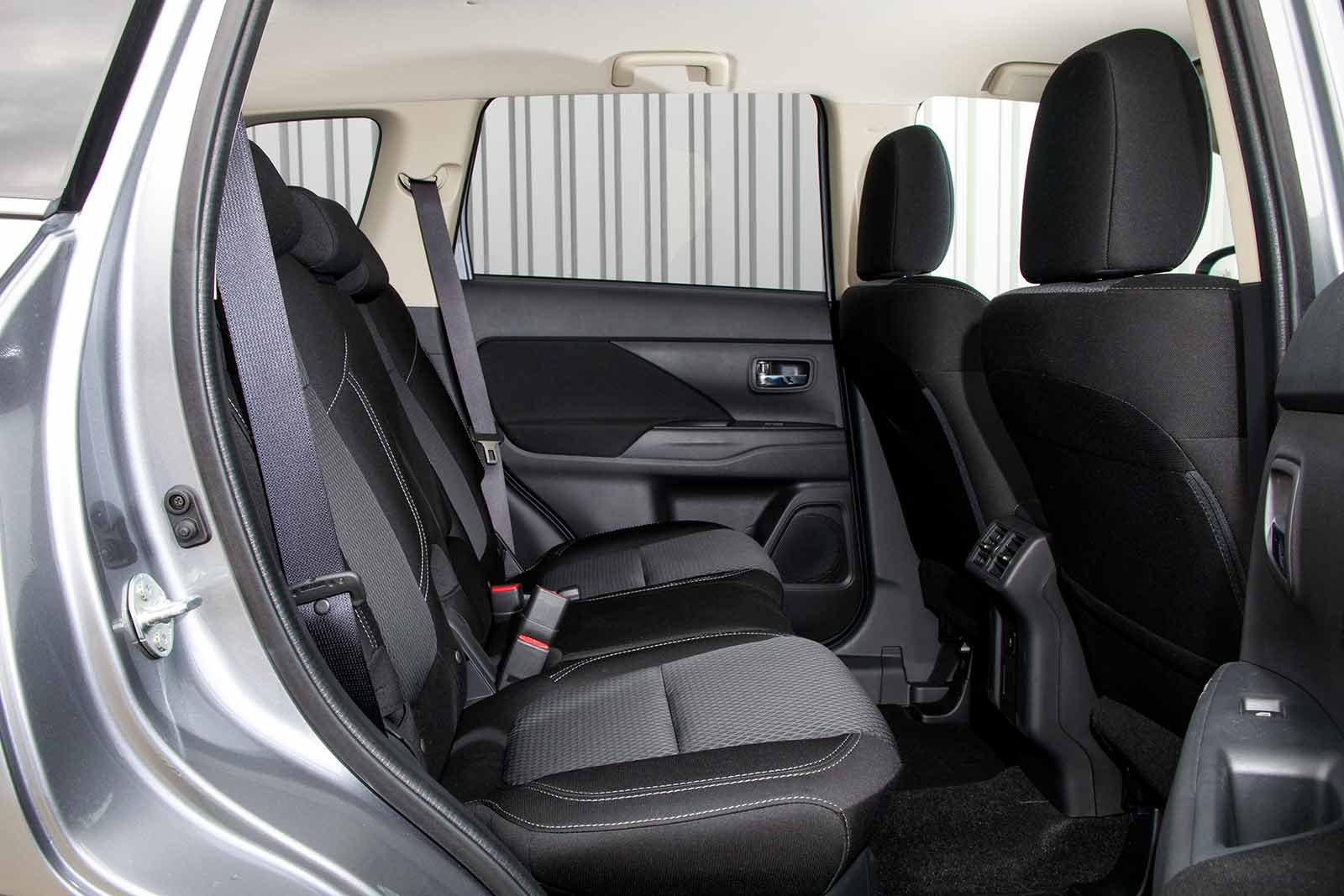 In five-seat mode, the Outlander's boot offers similar levels of space to rivals. In seven-seat mode, there’s still enough space for a few shopping bags. The second and third row of seats fold completely flat and there’s a vast amount of load space with all of them folded.

All versions have a high boot lip that can make loading heavy items tricky. Fortunately, the opening is wide and the boot itself is free from obstructions, making it easy to slide things in.