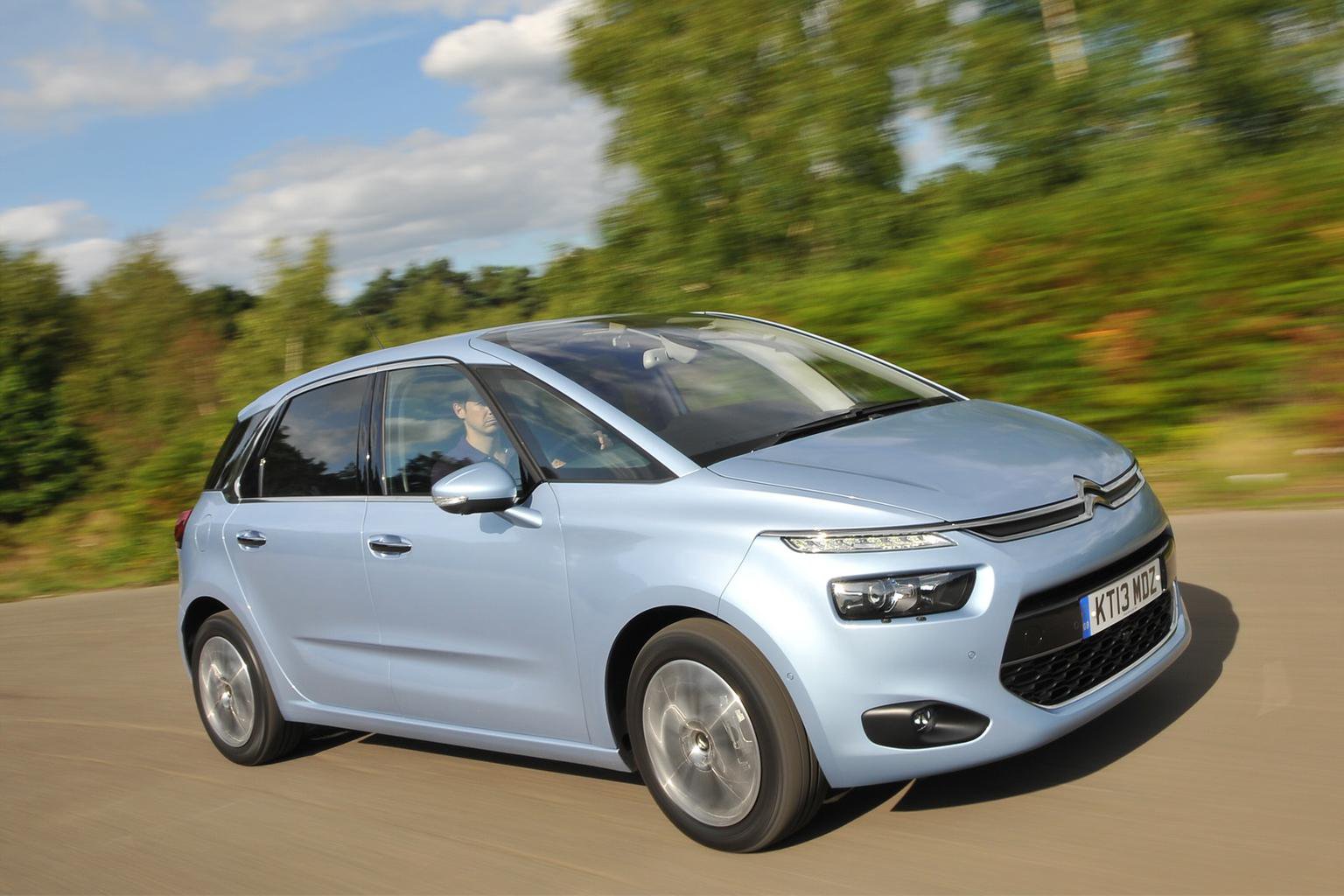 The previous Citroen C4 Picasso was little more than a shorter Grand C4 with two fewer seats. However, this new model looks considerably sleeker than its seven-seat sister, which follows next January.

The front of the new car is particularly striking, thanks to slim daytime running lights located up by the leading edge of the bonnet. These lights incorporate the front indicators, while the separate headlights are positioned lower down; xenons are fitted to pricier variants.

Big wheels will also be available and Citroen claims these won't ruin the ride because the Picasso is built on an all-new platform with suspension that was designed to work with low-profile tyres.

The company has used a mixture of composites, aluminium and high-strength steel in the new C4 Picasso's construction, which makes it around 140kg lighter than its predecessor and improves both performance and efficiency.

The new C4 Picasso is shorter and lower than the car it replaces but, thanks to clever packaging, boot capacity has actually grown by 37 litres to 537 – around 60 litres more than the Ford C-Max offers.

You also get three rear seats that can be slid back and fort, reclined or folded flat independently of one another.

The Picasso has more conveniently positioned Isofox mounts than most of its rivals, too, and because all three rear seats are an equal size (some rivals have a narrow centre seat) you'll have a good chance of safely carrying three young children in the back.

As for cabin space, the new C4 Picasso has enough head- and legroom for six-footers, and while some MPVs have a raised tunnel that gets in the way of the central passenger's feet, the C4 Picasso's floor is totally flat.

Things are also good in the front, where the windscreen extends back into the roof to create an airy feel, and there's loads of adjustment for the driver.

There's also a smartly trimmed dashboard, and most of the car's functions are controlled through a touch-screen with large, easy-to-hit icons.

It's just a pity that Citroen hasn't fitted separate controls for the air-conditioning; you have to adjust the cabin temperature and fan settings through the touch-screen, which forces you to switch between menus more often than you normally would.

Exclusive models and above get an attractive and large, 12-inch HD colour screen on which the speed, rev counter and other details are displayed. Lesser models make do with a black and white screen, but it's just as easy to read.

Every C4 Picasso comes with alloy wheels, Bluetooth and a six-speaker stereo with a USB socket. Meanwhile, DAB will be standard from the second trim upwards, and range-topping models will have everything from adaptive cruise control to a front passenger seat that reclines like an old-school business-class chair.

We tried the e-HDi 115 diesel engine that's expected to be the biggest seller in the UK, and it's a likeable thing because it delivers good in-gear flexibility and is relatively smooth and quiet.

It comes with a six-speed manual gearbox that's a little notchy. However, the optional ETG6 semi-auto 'box is far worse; this is optimised for economy rather than smoothness, so it's very slow to change gears by itself, and the car lurches when it does. The only way to negate this is to use the steering wheel-mounted paddles to shift manually, and back off the accelerator pedal while the changes are taking place.

Elswhere in the range, the e-HDi 90 model is a particularly efficient option when combined with this EGT6 gearbox – it averages 74.3mpg and emits just 98g/km of CO2 – but the more powerful manual e-HDi 115 is still efficient with emissions of 105g/km and it costs only £100 more.

Alternatively, you may want to wait for the more powerful 148bhp Blue HDi engine (with emissions of 110g/km) that will be introduced next year.

The C4 Picasso is easy to drive around town with light steering and a compartively tight turning circle. True, there's a bit of shimmy from the rear of the car at low speeds, but not enough to make the ride uncomfortable.

Things are less impressive on twisting and undulating roads, where you have to suffer nausea-inducing body bounce over dips and crests, and considerable sway through tight corners. The C4 Picasso's steering isn't ideal at faster speeds, either, because it's vague and inconsistently weighted.

Thankfully, things are much better on the motorway, where the only unwelcome intrusion is a bit of wind noise from around the windscreen pillars. In fact, compared with rival MPVs, the C4 Picasso is a seriously refined cruiser.

The £17,500 entry-level price brings the petrol VTi model in VTR trim with a manual gearbox while the model that is predicted to be the most popular – the e-HDi 115 diesel – will be available from £20,255.

This makes the diesel more expensive than an equivalent Ford C-Max, but the Picasso compensates with lower emissions and better fuel consumption, and it is priced in line with the Renault Scenic 1.5 dCi, which returns similar fuel economy.

The new C4 Picasso is also classier and more practical than both these rivals, so it's definitely worth considering if you're after a five-seat MPV.

What Car? deals of the week