More for you |
Best used estate cars for less than £10,000 (and the ones to avoid)Ford Mondeo Mk1: best cars in the history of What Car?Past Master: 1993 Ford MondeoWhat Car? Reliability Survey - what does it reveal about owners and their cars? Used Ford Mondeo Estate vs Skoda Superb Estate
Home
News
2013 Ford Mondeo delayed
news 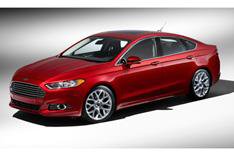 Production of the 2013 Ford Mondeo has been delayed by three months, meaning it isn't due on sale in the UK until September 2013 at the earliest. The most recent on-sale date was said to be June.

'The key thing is to make sure it [Mondeo] goes on sale in 2013,' said a Ford spokesman. 'We are looking at a three-month delay, with September a good time to hit the ground running with a new car.'

The new Mondeo is a 'world car' and shares much with the American Ford Fusion that was unveiled at the 2012 Detroit motor show and is due on sale by the end of 2012.

We have a complex global vehicle programme, and we have to sort issues with the vehicles robustness and quality that would not be met with the original timings, he continued.

To make up for the delay, Ford said it will continue selling the current Mondeo, but has not decided how it will cover the gap. It will either stockpile versions of the existing car, or continue production longer than previously planned.

Despite the production delay, Ford maintains that it will show a finished version of the Mondeo at the 2012 Paris motor show in September. Prices will not be set until next year, but are expected to remain similar to the current starting point of 18,100.

Ford has a busy model-launch schedule over the end of this year and the start of 2013, so the delay may well come in handy.

We have the Kuga arriving in December/January, and the Fiesta face-lift coming at about the same time, said the spokesman. The Fiesta ST will follow in spring 2013.