The Ford Ranger is from the brand that builds the world’s best selling pick-up truck (the F-150), so you’d expect it to be good – and it is.

Indeed, the Ranger offers an impressive blend of comfort and good on-road dynamics, without sacrificing its working truck abilities. That's fortunate, because pick-up buyers now demand vehicles that are not only competent off-road workhorses but are also comfortable and pleasant to drive between jobs.

Don't worry if the many permutations of Ford Ranger are confusing. The next few pages of this review will help you decide which engine, body style and trim level is best for your needs.

We'll also rate its performance, interior quality, practicality, running costs and more, and let you know how it compares in those areas with rival pick-ups.

When you've chosen your next vehicle, we can help you lease it for the best price if you search the deals on our free What Car? Leasing section. We can also help you save thousands off the list price of most new makes and models of car through our free What Car? New Car Buying service.

The Ranger’s most powerful 2.0-litre diesel is one of the smoother engines in the class, but if you're expecting SUV levels of refinement, you might be a little disappointed by the ever-present diesel soundtrack.

That said, it benefits from a standard-fit 10-speed automatic gearbox (the less powerful engines get a 6-speed manual). The extra ratios aid low-speed acceleration while also helping to reduce engine noise at a cruise, although when you ask for a quick burst of acceleration, it can take a while to respond.

As you'd expect, the Ecoblue 213 is a willing load-lugger. It's powerful enough to cope with whatever you throw in it, whether that be your work kit and materials or your family and their luggage. The load bed can take 1024kg, and it can tow up to 3500kg as well, although it can't manage both maximums at once.

The six-speed manual is also impressive, and has a long but accurate throw, but you have to be prepared to work it hard to make meaningful progress, and that's especially true with the less powerful 168bhp 2.0 Ecoblue 170. That engine has plenty of low-down grunt for towing or carrying heavy objects, so it's perfectly suitable if you’re planning to use your Ranger purely as a workhorse. However, its lack of punch at motorway speeds could be a little limiting if you want your pick-up to work as both a tool and family transport.

As for the ride, the Ranger manages to provide a far more settled experience at any speed than either the Toyota Hilux or the Ssangyong Musso, and that makes the Ranger the most comfortable pick-up around. Like a lot of pick-ups, there can be some bobbing over undulations at motorway speeds, but it's very well controlled and never unsettling.

Ford has given the Raptor version a more sophisticated rear suspension set-up that improves ride comfort, especially on tricky off-road terrain. Impressively, the Fox Racing shock absorbers and all-round coil springs mean the faster you go off-road, the smoother it gets.

Agile handling isn't necessarily a priority among commercial vehicles, but the Ranger is one of the most nimble pick-ups you can buy. As you turn into a tight corner, you appreciate the steering's accuracy and response, as well as the Ranger's resistance to body lean, which is a particular problem in the Hilux and, to a slightly lesser degree, the Isuzu D-Max.

The Raptor trim gets a strengthened chassis and greater suspension travel, along with enormous off-road tyres, all of which help to make it even more capable off-road than the rest of the Ranger line-up. However, on-road, these changes result in a bit more body lean in bends and the chunky tyres don't have quite as much purchase as the more road-biased tyres fitted to other Rangers.

All models get four-wheel drive and the option of adding a locking rear differential (standard on Wildtrak and Raptor) to improve off-road ability, but we'd recommend keeping your Ranger in two-wheel drive mode on the road. That will help it to steer with greater finesse at low speeds (in four-wheel drive, it won't turn as sharply) and use less fuel. As with most pick-ups, if there’s nothing in the cargo bay, the lack of weight over the rear wheels makes it more likely that they'll lose grip on a greasy road. 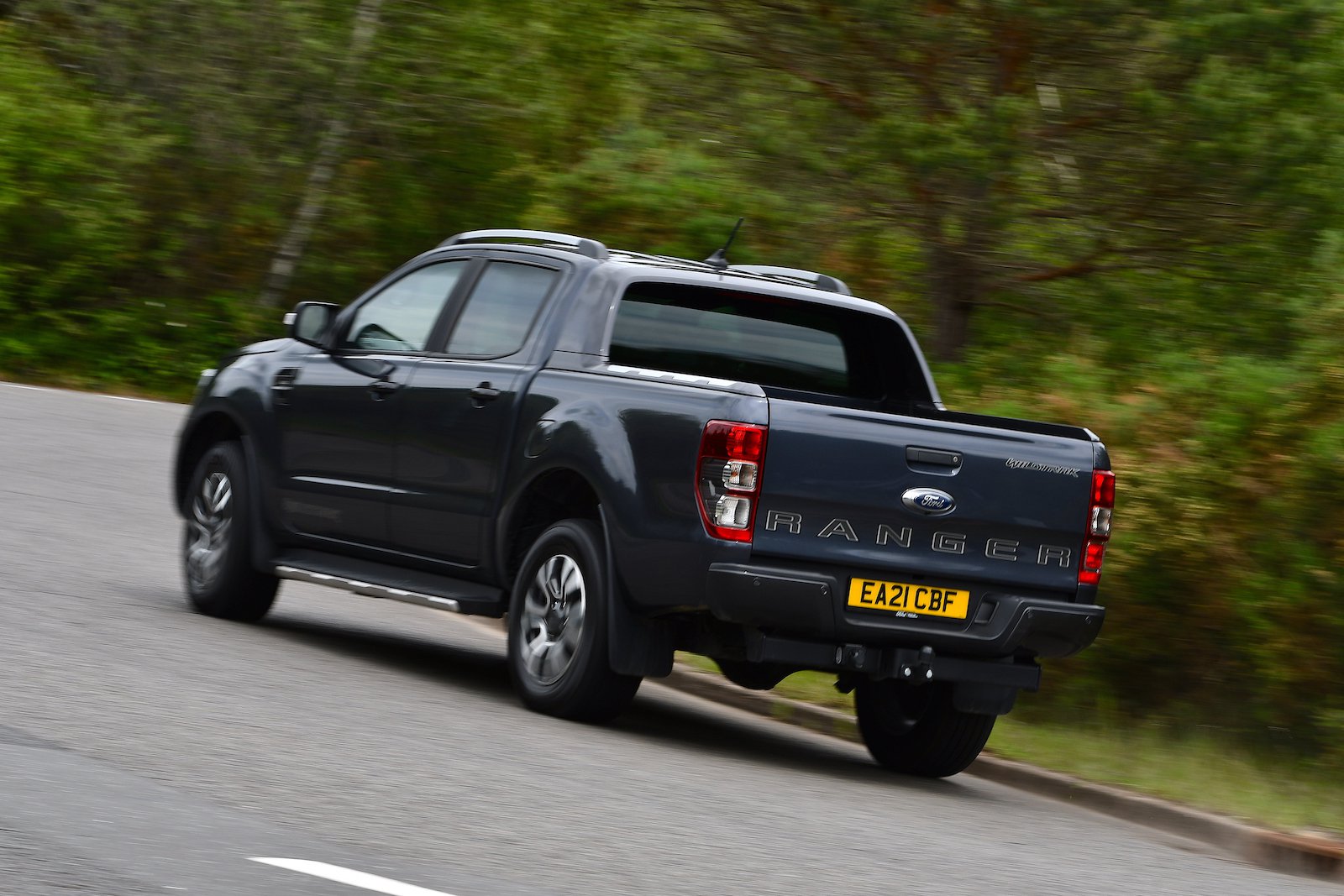