More for you |
Used Ford Fiesta long-term test reviewWhat can I do about a security issue on my car? Best cars for less than £250 per monthWhy is my new car’s fuel economy so poor?Top 10 used electric cars
Home
First drive
2013 Mercedes E300 Bluetec Hybrid review
first drive 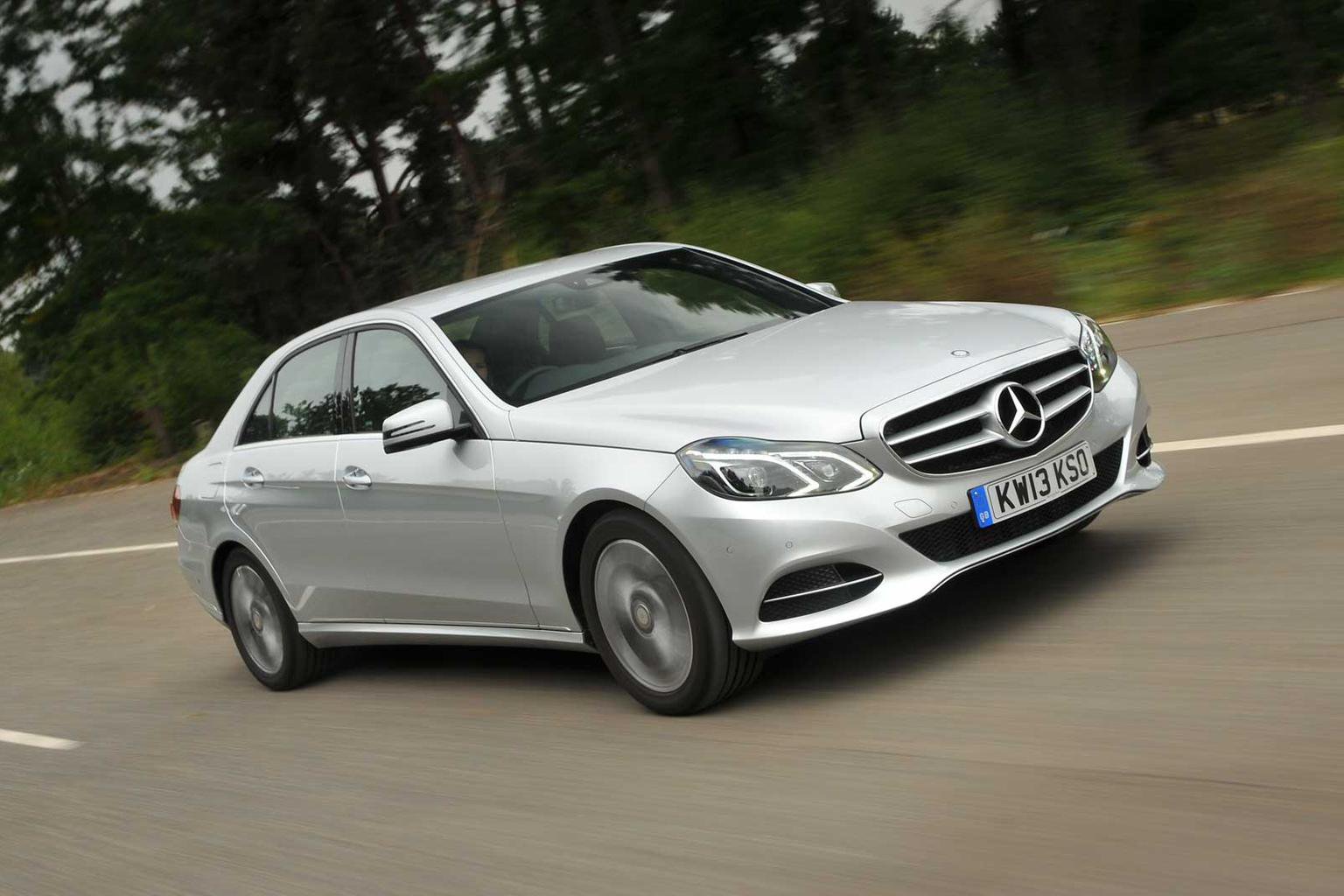 The face-lifted Mercedes E300 Bluetec hybrid is all about low company car bills. Its brochure price is around £6000 higher than an equivalent BMW 520d, which makes the Merc nearly impossible to justify as a private purchase. However, its impressive emissions of 109g/km, and the tax breaks afforded by its hybrid status, put it five company car tax bands lower than the BMW.

This, together with the muscular 369lb ft of torque provided by the 2.1-litre diesel engine and electric motor combination, gives the E300 the potential to topple the BMW 520d from its place as our favourite full-size executive car.

Relaxing, but not the cohesive, slick driver’s car that some might hope for. The biggest problem is refinement when the diesel engine is running, which is most of the time. The E300 will run on electric-only power at low speeds or when you’re coasting with no throttle input, but the rest of the time the diesel’s gravelly engine note creeps into the cabin. Road noise is also quite resonant at motorway speeds.

Still, the E300 Blutec is impressively punchy in the mid-range, and the standard seven-speed automatic gearbox shifts smoothly and when you want it to.

The steering is light, precise steering and well-suited in any sort of driving, while ride comfort is smooth over most surfaces, if a little harsh over bigger intrusions like potholes and expansion joints when cornering forces are involved.

This and the stable, well-balanced handling makes the E300 easy to drive, but substantial body roll through corners make it less rewarding and confidence-inspiring than a BMW 5 Series. The vague initial brake pedal reponse also makes stopping smoothly trickier than it should be.

The E300 Bluetec has no features to distinguish it from the rest of the E-Class range. The centre console has the same cluster of shortcut buttons, and those old Mercedes quirks – indicators and wipers controlled by a single stalk – remain.

There have been some improvements, though. The top of the dashboard gets a new artificial leather covering, which gives the otherwise rather ordinary-looking cabin a lift. The front seats now have electric adjustment as standard, too, which makes it easier to find your ideal driving position.

Equipment is plentiful. Even the cheapest SE model gets climate control, sat-nav, Bluetooth, a DAB radio, a USB socket and heated leather seats. A large colour screen is also standard as part of the rotary dial-controlled Comand infotainment system.

If you’re a company car buyer it’s worth considering – especially if you think the tax savings over the BMW 520d are worth the inferior driving experience and poorer engine refinement. After all, the E300 Bluetec is an easy thing to drive and is big enough to make light work of family duties.

However, the Mercedes fails to better the BMW 5 Series in all areas except for those tax costs and rear passenger space. So, if you value refinement and driver reward, you could find the Mercedes E300 hybrid a bit underwhelming.