The BMW X4 is designed to offer a more sporting, style-focused alternative to the X3 - and provide a rival for SUVs such as the new Porsche Macan and the Range Rover Evoque... 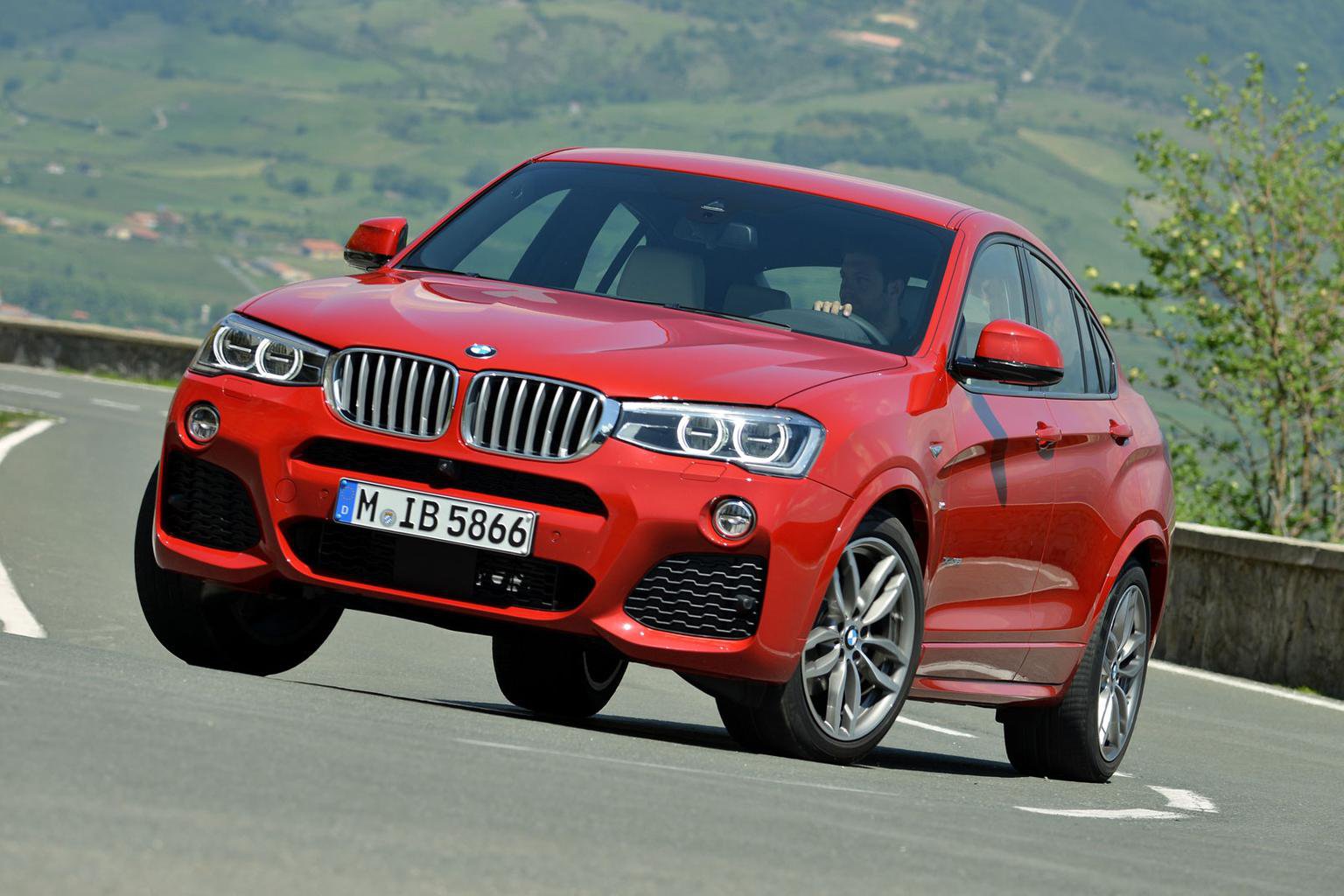 The BMW X4 is the baby brother to the automotive Marmite that is the X6 – which means that it's likely to split opinion every bit as much as its larger stablemate. It is, in effect, a coupe version of the X3 SUV, very slightly longer and with a more rakish roofline that sits 4cm lower, although it is still taller than many other small SUVs including, for example, the Audi Q3.

Unlike the X3, the X4 is four-wheel-drive only. All of the launch models will be diesels; the most efficient of the bunch is the four-cylinder xDrive20d, but there are also a pair of six-cylinder diesels, the xDrive30d and xDrive35d.

BMW didn't manage to lay on any of the diesels for the X4's early drives, so our miles so far have been restricted to the xDrive35i, a turbocharged six-cylinder petrol edition that won't make it to the UK.

We don't think it should break down walls to offer the xDrive35i to British buyers anyway, because for all its power and that headline acceleration figure, it doesn't exactly feel fast. Without the low-down torque of a diesel, this X4 feels best at a rapid cruise; try to hustle it between corners on a twisty road and you become acutely aware of the car's size and weight (it's still more than 1800kg).

That's a shame, too, because the chassis is more than up to the task. The X3 is one of the best-handling SUVs out there and the X4's slightly lower stance and tweaked suspension set-up make it better still. It turns in more crisply than anything this big should, helped by consistently weighted steering, and stays admirably flat during fast cornering.

The ride is impressive, too. Our car was equipped with BMW's variable damper control – and just as we'd recommend that option with the X3, we'd do the same in the X4 because the ride was never more than acceptably firm, even at low speeds and on pock-marked urban roads.

It's a shame it can't work the same magic on road noise. The xDrive35i's petrol motor fades beautifully into the background once you're up to cruising speeds, but there's a fair amount of road noise and noticeable wind noise, particularly from around the base of the windscreen pillars and door mirrors.

The front of the X4's cabin is similar to that in the recently face-lifted X3, but that's no bad thing because it's a decent enough blend of well screwed-together, dense plastics, and well-damped switches arranged in a logical and clear layout. There's not much to inspire and delight, though; it's a shame that BMW didn't come up with something more daring for this more 'style-focused' model.

Still, the front occupants will have few complains about the space on offer, and the driver's seat and steering wheel have enough adjustment to ensure you can easily get comfortable. Visibility is average at best, though; the over-the-shoulder view is hampered by the thick pillars and narrow screen at the rear. That said, you get a commanding view of the road ahead.

In the back there's enough leg- and shoulder-room for two 6ft adults, although BMW's claim that the seat there can accommodate three is ambitious. Headroom is fine if you're up to 6ft; anyone taller than that will feel in danger of their head brushing the roof. The floor seems curiously high, too, forcing larger occupants to lift their knees up to an angle that could prove uncomfortable on even modest journeys.

The standard boot space is 500 litres, around 50 less than you'd find in an X3. In real-world use the difference is probably a little greater, because the rear hatch will limit the height of items you can accommodate, even when the 40/20/40 split rear seats are folded to increase total capacity to 1400 litres. To put things in context, that's more than enough space for a huge weekly shop or a couple's suitcases for a week away, but a family trip involving children will prove a little more challenging.

At least there are plenty of toys, because the X4's equipment list is more generous than the X3's. Even entry-level SE editions get the electrically operated rear hatch, plus 18in alloy wheels, front and rear parking sensors, xenon headlights, heated front seats and an upgraded media package that includes satellite-navigation.

On the basis of the X4 xDrive35i, no. Even if UK buyers were able to choose a turbocharged petrol version of the X4, we'd find it impossible to recommend. It faces strong rivals such as the Porsche Macan, which, for all the new BMW's ability, manages to feel more agile without sacrificing anything in ride quality.

The diesel X4s are likely to have more appeal on driving dynamics and running costs, though, to the point where they may bump up the car's star rating. For example, we can see the xDrive30d giving the Macan Diesel S a fair run for its money, particularly since they are similarly priced and the BMW comes with a more standard equipment.

Still, until we get our hands on a diesel X4, BMW's latest offering has to be filed as a bit of a curio; it's a potentially interesting alternative for those who want an agile SUV and are willing to sacrifice a bit of interior space to get it.