* First thoughts of full-spec production cabin of Hyundai i10 * Car revealed at Frankfurt show preview * On sale in January - price 'close to £8500'... 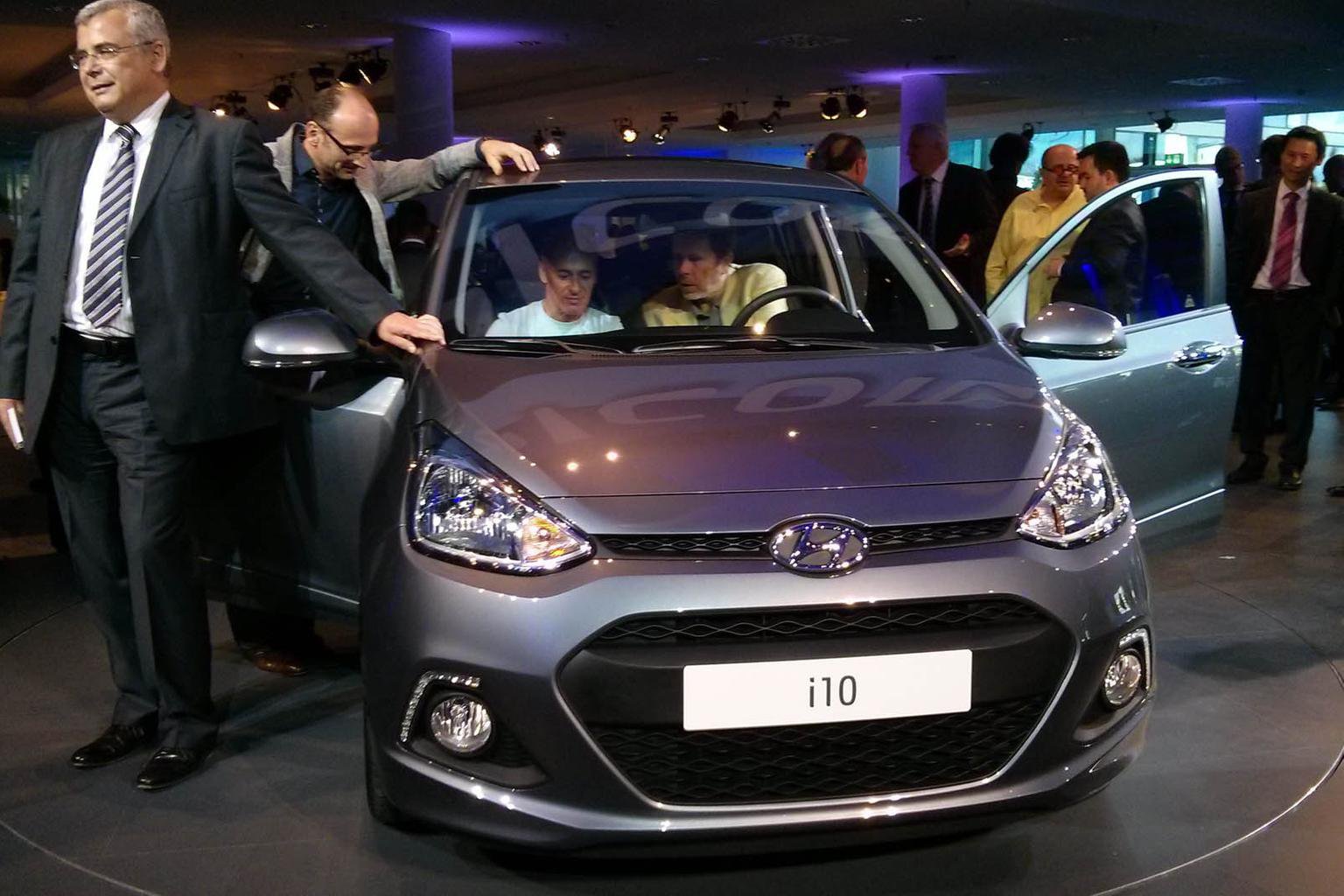 The new Hyundai i10 has been given its formal debut ahead of the Frankfurt motor show.

We've already driven a late prototype of the new city car, and declared it a decent step forward over the old model. However, the Frankfurt preview is the first opportunity we've had to actually sit in a production-ready example and get a feel for how the cabin will compare with rivals such as the VW Up and Kia Picanto.

The cabin has a grown-up feel, with switches from Hyundai's larger models in all the important places, a large, high-sited stereo and big rotary controls for the air-con and ventilation system. It's clean, uncluttered and neat - and it was interesting to see 'big car' features, such as the electric window controls for all four windows in the driver's door and heated front seats.

The choice of materials is a little more controversial. There are no soft-touch finishes to be found, so don't think you're going to get a padded dashboard top. However, you don't get that sort of finish on a VW Up either.

Where the two rivals differ is in how the designers have decided to break up the sea of dark grey plastic. VW has introduced a contrasting 'piano finish' insert that looks a bit glossy; Hyundai, on the other hand, is using a textured matt-finish insert that comes in a number of colours. It was red on the car we sat in, and looked smart enough; it may not be so pretty in light grey.

The rear seat area is perhaps the i10's trump card. Even with the 6ft 2in frame of this author in the front seat, I was still able to sit behind myself in comfort, with more than enough kneeroom and (just about) enough headroom. We'll need to get the tape measure out, of course, but the i10 does appear to have the edge over the Up for rear cabin space.

The i10 also has a modest edge (okay, a single litre) in boot space over the Up, although that advantage grows markedly if you lower the rear seats.

Of course, the crunch point is going to be price. Hyundai's British bosses are still tying down the final specs of the cars that will go on sale here in January, but insiders suggest the starting price will be close to that of the current model. That would give an entry-level new-gen i10, with no air-con and fewer electric bits, a figure of around £8500. That's a little more than the most basic Up, but we'd expect even the cheapest i10 to get more kit than its VW rival.