Mid-life facelift for the Sharan brings tweaks to the styling, engines and safety kit... 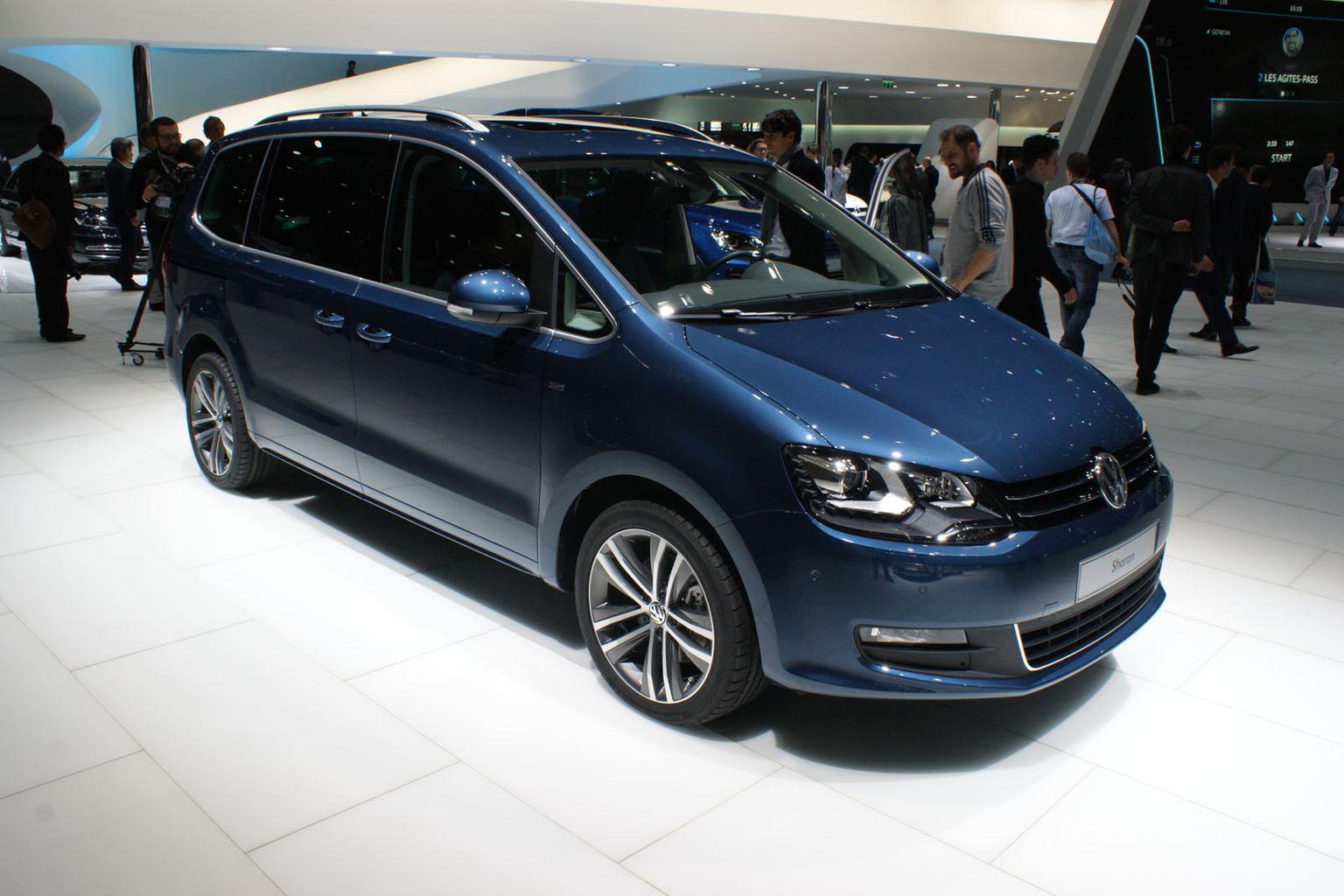 The Volkswagen Sharan has had a mid-life refresh, with minor visual changes and updated turbocharged engines.

The visual changes are minor, with new LED tail lamps and a new range of standard 16-inch alloy wheels the most obvious ones. There are also two new colours to choose from.

The interior has been lightly updated as well, and features a new range of steering wheels, an altered instrument display with colour graphics and optional 12-way adjustable seats with a massaging function. The 2015 Sharan also comes with the latest range of Volkswagen infotainment options, including support for Apple’s CarPlay as well as Google’s Android Auto and Mirror Link systems. The new range of infotainment systems also now come with either a 5.0- or 6.5-inch colour touch screen.

Volkswagen has provided the facelifted Sharan with a range of updated turbocharged four-cylinder petrol and diesel engines – all boasting improvements in economy and emissions over the outgoing units. As a result they are all now compliant with the EU6 emissions regulations.

The new engines include a 148bhp 1.4-litre petrol unit and a more powerful version of the 2.0-litre petrol engine with an extra 20bhp at 217bhp.

All engines come with a standard six-speed manual gearbox, save for the top-of-the-line 2.0-litre petrol unit, which is offered as standard with a six-speed dual clutch gearbox that is available as an option on all other variants.

Volkswagen has provided the facelifted Sharan with a range of new safety features, including an emergency brake system. The electronic park brake has also been upgraded with a standard hill hold function. The safety options also include a blind spot monitor, adaptive cruise control, lane-keep assist and various parking functions.

A four-wheel-drive system will be offered with the most powerful 2.0-litre diesel engine.

The full UK equipment breakdown has yet to be revealed, though the S, SE and SEL trims are likely to remain unchanged.

The relatively low-level nature of this mid-life facelift means that prices are unlikely to stray far from their current level, although the tweaks to the engines might prompt a slight rise.

Target Price discounts on the current Sharan are relatively generous and savings of between £3000 and £4000 are available. We would expect this to continue almost unchanged after the facelift.

The biggest rival to the Sharan is a car that is almost identical to it - the Seat Alhambra. The Alhambra is the current What Car? MPV of the year for its price point, and undercuts the Sharan ever so slightly, making it a brilliant prospect.

Other seven-seat MPVs that warrant a look are Citroen Grand C4 Picasso, which is slightly smaller but is our overall MPV of the year, and the affordable and well-equipped Kia Carens.

Deal of the Day: Volkswagen Sharan