Our drive of Volkswagen's new 1.6 TDI Touran resulted in a five-star rating. Does this more powerful but more expensive 2.0 TDI make as much sense? We find out... 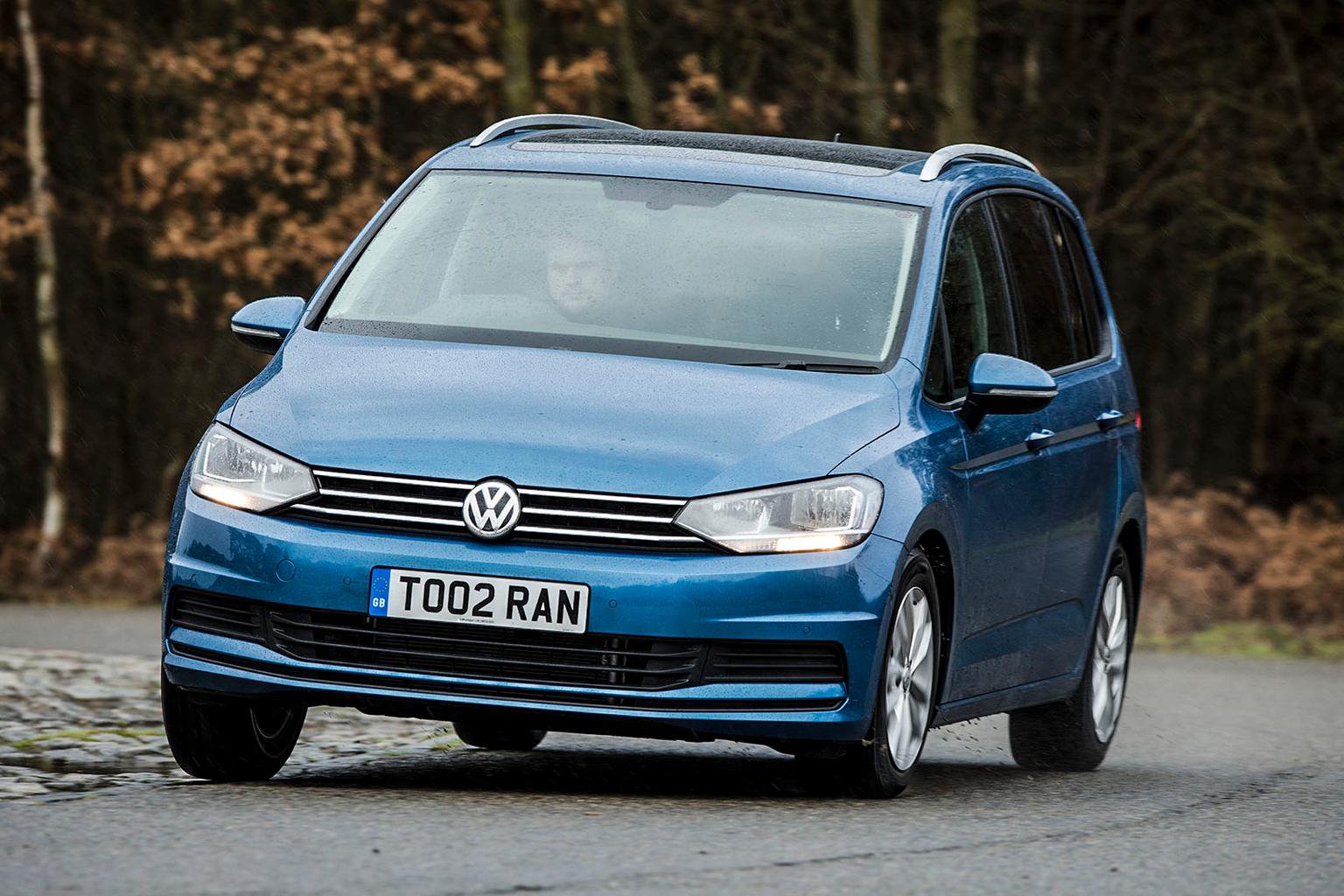 The latest Touran differentiates itself from the previous generation by being larger, lighter and even more pleasant on the inside. A gain of around 130mm in length helps the model finally mature from compact MPV to proper mid-sized seven-seat contender, while the influx of more standard equipment helps justify a slightly higher asking price.

Here we test the 148bhp 2.0 TDI with Volkswagen's DSG dual-clutch automatic gearbox in a new SE Family trim, which comes with panoramic sunroof, adaptive cruise and Discover Navigation thrown in.

The previous Touran was a more than acceptable place in which to spend time, but its successor - sharing the current Golf’s internal architecture - is a cut above. Sober to the point of sombre, it nevertheless possesses VW’s basic good looks, superior finish and faultless ergonomics in spades.

In the rear, the extra space is obvious: with the third row of seats flat and the adjustable second row of three individual pews slid back, the Touran offers ample leg room for adults and leaves a class-leading boot aft.

Clearly the rearmost seats - easily retrieved from the floor via the usual pulleys - are meant to be child-friendly rather than capacious in the full-size Sharan mould. That said, with some real estate liberated from the second row, they offer enough space to serve as a jump seat for an average-size teenager.

Access and egress are more than acceptable for a car of the Touran’s size, and none of the seats requires an inordinate amount of muscle mass to shift. Flatten the lot and VW claims 1857 litres of pleasingly flat loadspace - over 300 litres more than you’d get from a Golf SV.

We’ve come to expect a certain amount of dynamic astuteness from this generation of family-size Volkswagens, and the Touran doesn’t disappoint. Certainly there’s a bigger, taller car here to manage, but the direct, dutiful and adroitly tuned chassis that makes the Golf such an appealing drive is still easily discernible.

The new Touran's 62kg weight loss over the previous car is not to be sniffed at either, especially when it comes twinned with VW’s amenable 2.0-litre diesel and its toil-free six-speed DSG gearbox.

The combination, especially in low gears, offers the kind of easygoing energy that makes progress around town seem agreeably brisk. It runs out of puff before becoming unreasonably lively and feels well matched to the proficient handling.

Arguably the ride control isn’t quite as impressive as that of the lower, lighter Golf, but there’s still precious little cause for complaint in the way the Touran mitigates intrusions. It doesn’t encroach much on the ears either; being suitably insulated at low speeds and assuredly low volume on the motorway.

All the facets that tend to make a people carrier memorable - i.e. practicality, ease of use, spaciousness and build quality - are present here in unmistakable quantities. The Touran smacks of a well thought-out and considerately overhauled model, gaining size and quality where it was required to turn it from decent also-ran to class-leader.

The improvements admittedly come at a slightly higher price - our test car cost £28,890, or £32,205 after options - pushing it closer to even more spacious full-size MPV rivals such as Ford's S-Max. Given that the 1.6 TDI Touran's lower price and better economy doesn't come at the expense of usable performance, we still think that's the five-star model and the pick of the range.

What’s the best nearly-new car for me?

What's the best car for a mobility scooter user?