The new Honda Civic hatchback has been revealed, and will go on sale in the UK early in 2017...

The new Honda Civic, a family car rival for the likes of the Ford Focus, Vauxhall Astra and Hyundai i30, has been revealed.

The latest Civic will go on sale in the UK early next year. These pictures show that it doesn't differ in styling from the original Civic concept car, which made its debut at the Geneva motor show earlier this year. 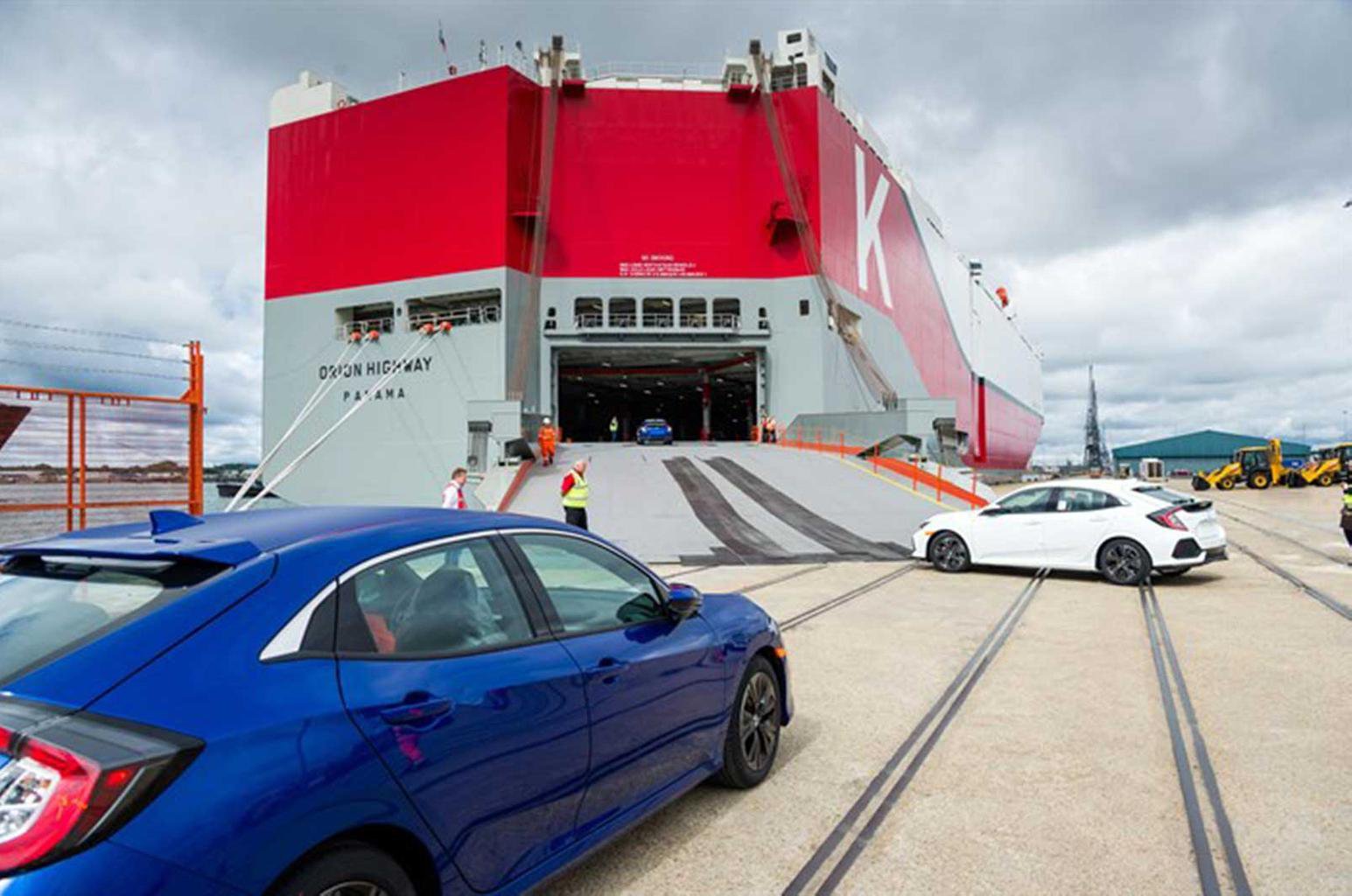 The Honda Civic is a family hatchback that is currently in its ninth generation. It's not been one of our favourite hatchbacks for some time, due to its restricted rear visibility, poor engine refinement and tight head room, but Honda will be looking to change that with the launch of this new, 10th-generation model.

The five-door hatchback version of the Civic has been designed specifically with Europe in mind. It's built at Honda's factory in Swindon, and from there it will be exported all over the world. The pictures you see here are of the US Civics, but we know the styling of the European model will be exactly the same.

The new Civic is wider, lower and longer than the car it replaces, which should translate to more space inside. It's also significantly longer than other cars in this class, including the Volkswagen Golf and Ford Focus, and has a far more aggressive appearance than either of those models.

Saloon and coupé versions of the Civic are already offered in the US, but they aren't coming to the UK. 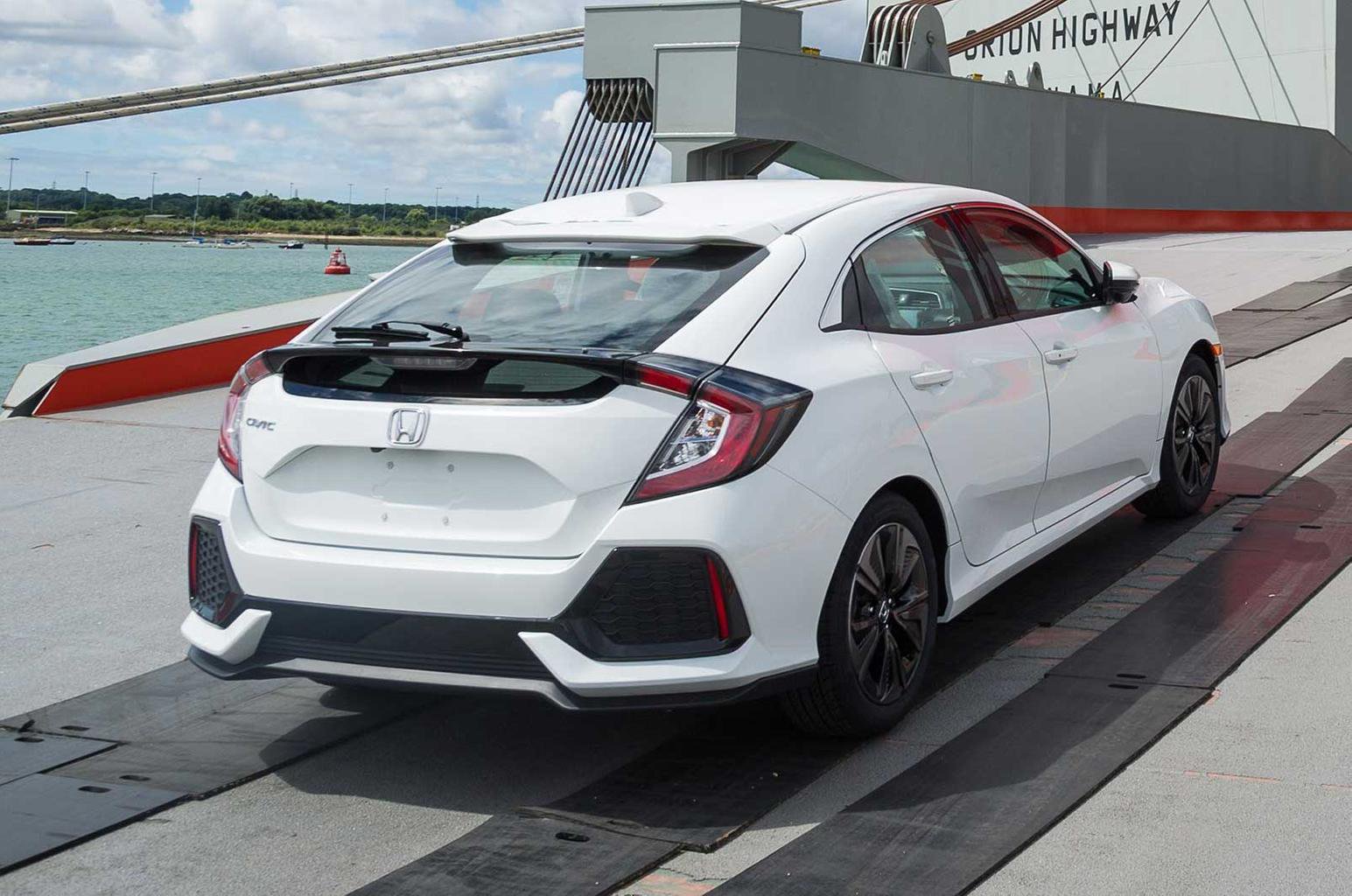 In Europe, the new Honda Civic will come with three engines. We've already driven a prototype model fitted with the entry-level 1.0-litre petrol motor. This engine is designed to be at least as powerful and economical as the current Civic's 1.4-litre engine, which produces 99bhp and emits 129g/km of CO2.

Next in line, and currently the only option available to US buyers, is a 1.5-litre petrol engine with 174bhp. Of particular interest to the UK market is the carried-over 1.6-litre diesel, which will be tuned to deliver more than its current 118bhp. Gearbox options will include a standard six-speed manual and a CVT automatic.

Honda has also hinted that a hybrid version of the Civic could be launched later in the car's life - and given the current drive for reduced vehicle emissions, that seems likely.

Further down the line there will also be a new version of the Honda Civic Type R hot hatchback, which will use a modified version of the current car's 306bhp turbocharged 2.0-litre petrol engine. 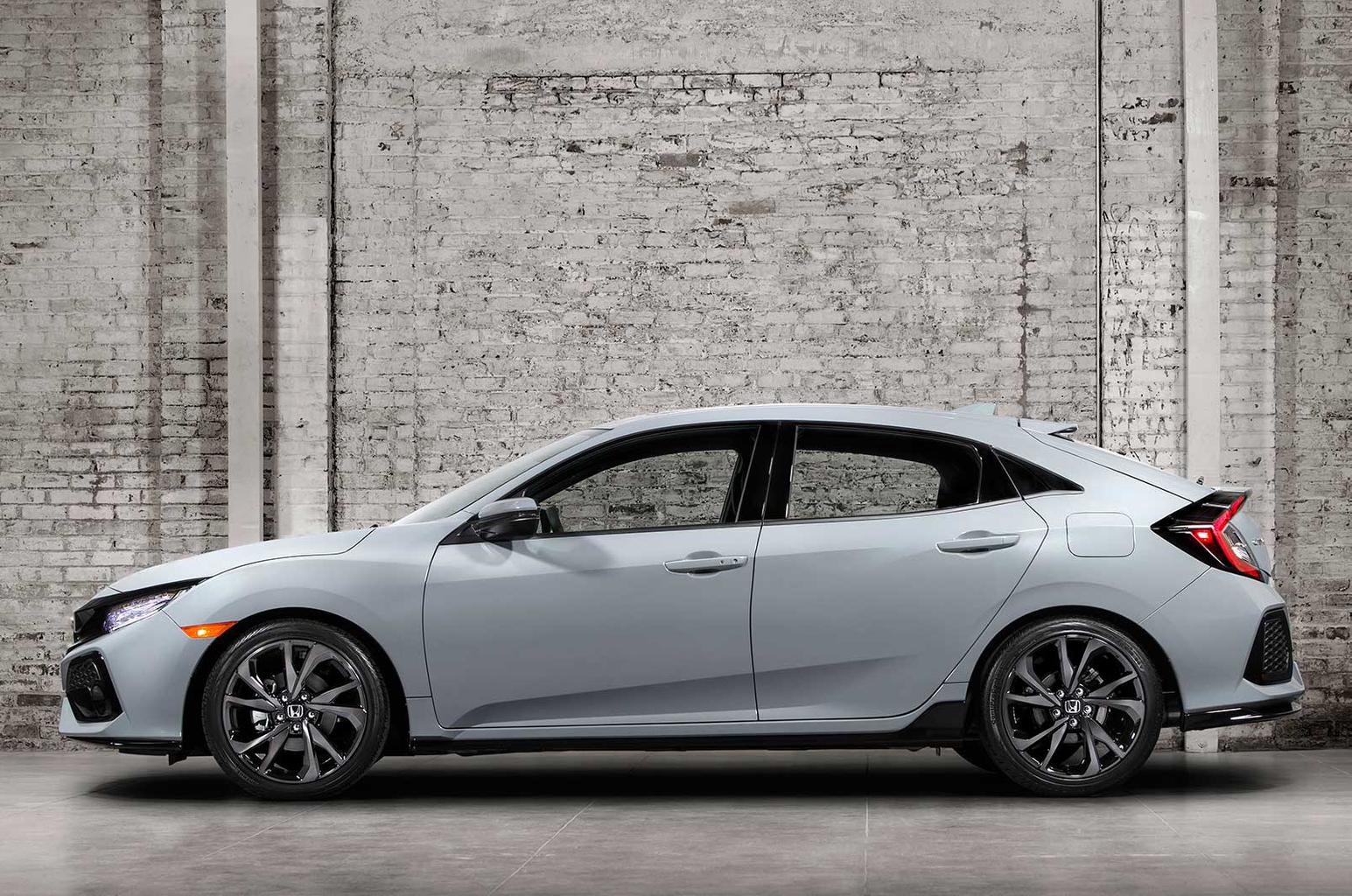 What equipment does it get?

We've yet to see any pictures of the new Civic's interior, but we do expect it to be very similar to the current saloon and coupé models, which are already on sale in the US. There's likely to be a large central infotainment screen, which features Apple CarPlay and Android Auto integration - allowing you to control many of your smartphone's functions via the car.

Given the new Civic's increased exterior dimensions, we expect there to be an improvement on the current car's boot space. The current Civic already offers more space inside than both the Ford Focus and Vauxhall Astra, and it's an edge Honda will be looking to keep with this latest model. 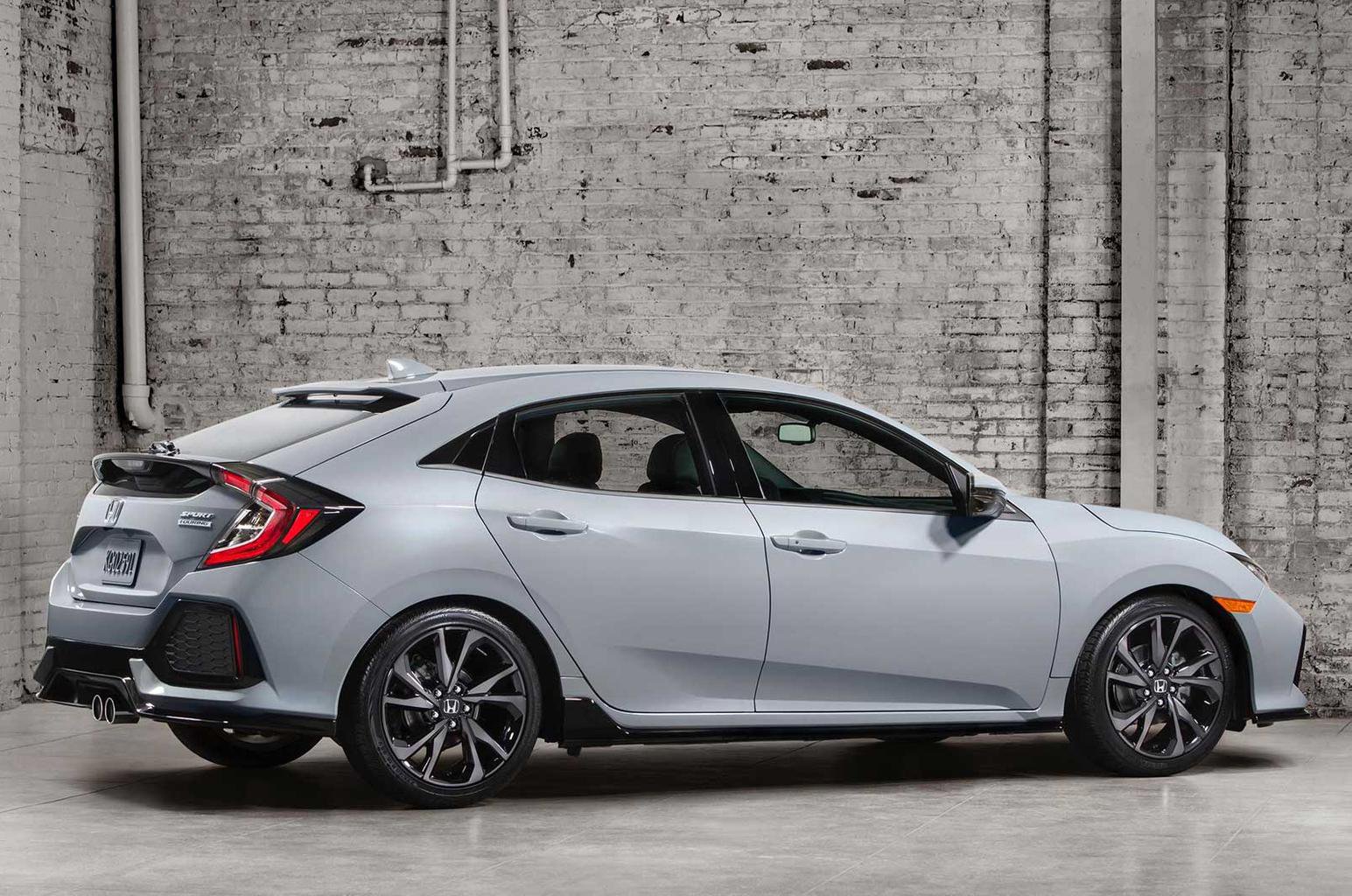 It's too early to say exactly how much the new Civic will cost when it goes on sale in the UK early next year, but given that the current car is priced from £16,470, and that Honda is expected to include a long list of standard equipment, we'd expect a starting price of around £17,000 for the new Civic.

At that price, the Civic will be a fair bit more expensive than rivals like the Ford Focus and Vauxhall Astra.

There are plenty of rivals in this market, chief among which are the Ford Focus, Vauxhall Astra and Volkswagen Golf. These are some of the best-selling cars in the UK, so the Civic will need to prove itself against the toughest competition around. The current Civic suffers from poor engine refinement, a firm ride and fairly vague steering - all areas Honda will have to improve if it wants to be ranked among the best in this class.

Click here to see our favourite family cars, and the ones to avoid