All-new Honda Civic gets bold looks and hybrid power, with a hot Type R version on the way...

You might have seen peacocks strutting about, showing off their vivid plumage as they use their feathers to attract a mate. Cars, though, don't have feathers to rely on, so they have to catch your eye with bold design and headline-grabbing features. Thankfully, the all-new Honda Civic has both.

This is the eleventh generation of Honda's family car, which will rival the Ford Focus, Vauxhall Astra and class-leading Seat Leon when it goes on sale next Autumn. It certainly doesn't lack style, with aggressive front and rear bumpers and a smaller front grille than the old car. Honda designers have moved the Civic's front pillars backwards to aid visibility, and the wing mirrors now sit on the door panels, rather than in front of them. 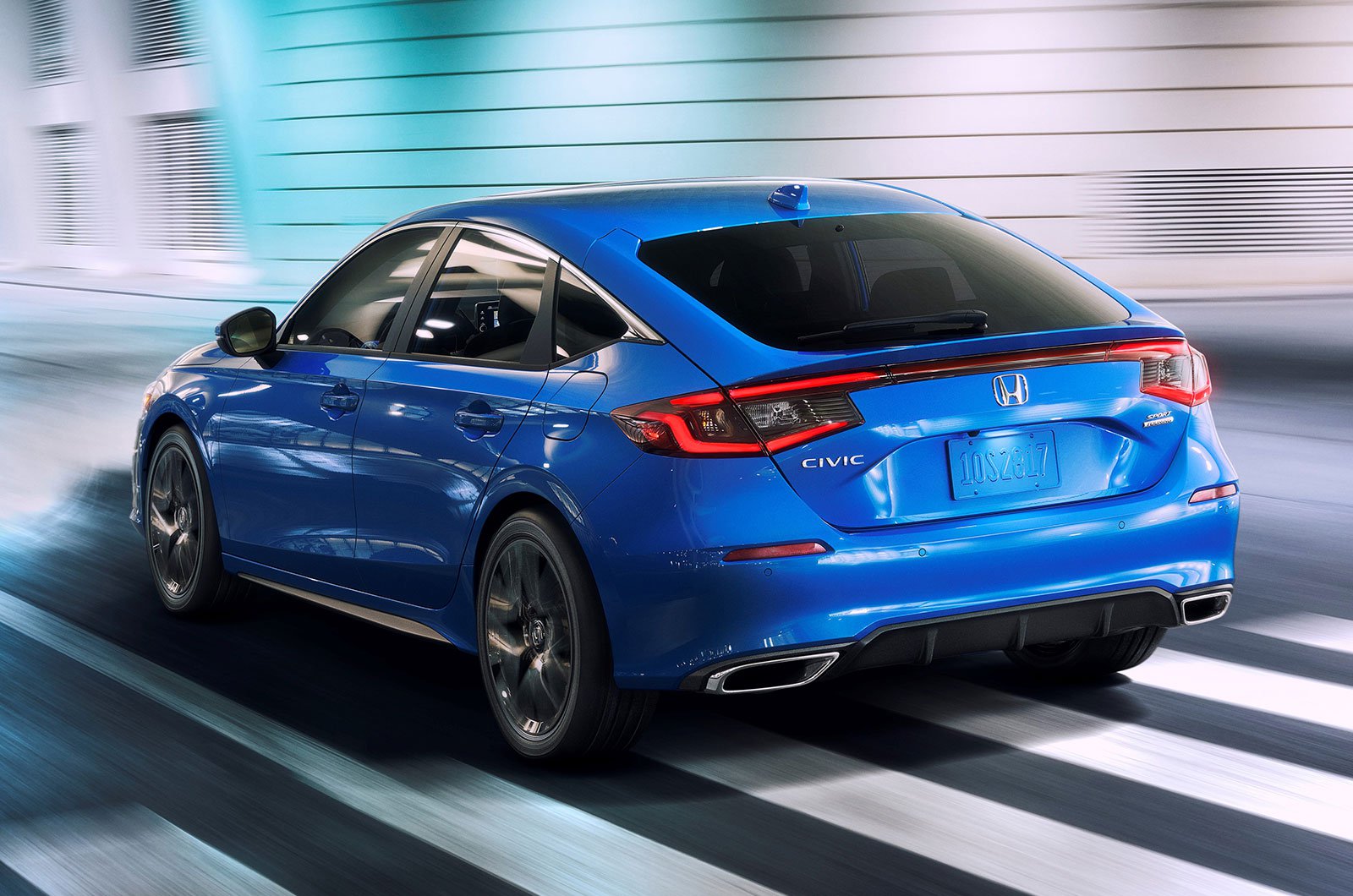 While many of the new Civic's details are currently under wraps, we do know that it will be offered exclusively as a hybrid. This is the same setup used in the Honda Jazz small car, where a 1.5-litre petrol engine is joined by two small electric motors. In that car, the trio produces 108bhp, which allows the Jazz to accelerate quickly and complete a fair amount of urban driving on electric power alone. The new HR-V small SUV also gets this setup, but has its power boosted to 129bhp.

It's likely that both options will be offered to Civic drivers, and if you drive with a light right foot, this new Civic should slash your running costs compared with those of the old car. Indeed, Honda says the new setup will "offer new Civic owners the perfect blend of fun-to-drive performance and efficiency".

Although the new Civic is placing an emphasis on eco-friendly driving, there will still be a replacement for today's Type R hot hatchback down the line – and that car is expected to use an evolved version of the 2.0-litre petrol engine which powers today's car, with power upped to beyond 316bhp. 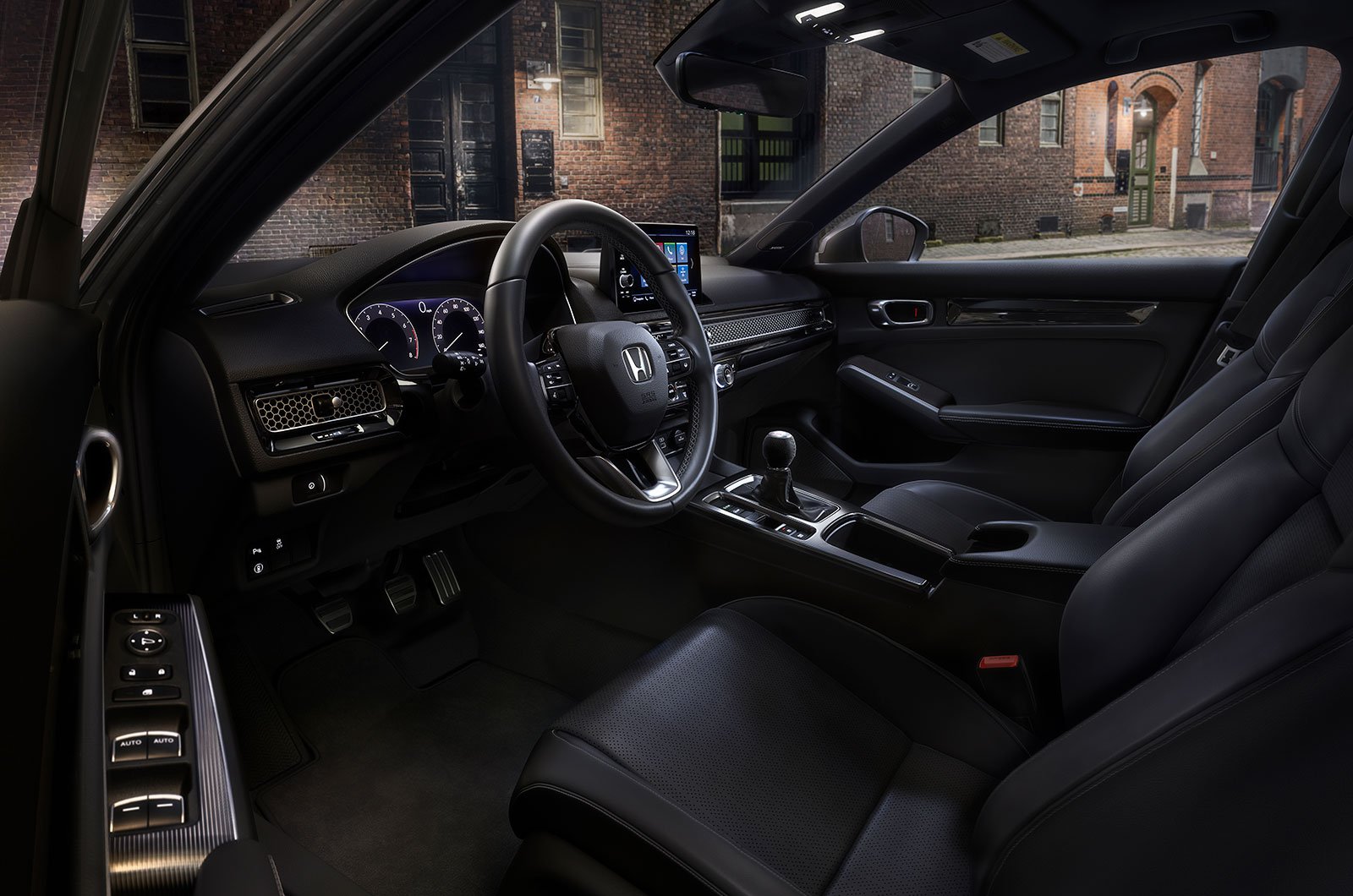 Inside, there's more of a dramatic makeover, with many of the buttons of the old car removed in favour of a larger infotainment screen. Base models get a 7.0in touchscreen with Apple CarPlay and Android Auto connectivity. Range-topping cars are expected to also gain digital dials and a larger 9.0in touchscreen. We hope Honda's infotainment software has been improved, because on the old Civic it proved to be sluggish, with needlessly complicated menus and a poor layout.

Rear-seat passengers benefit from a little more legroom, while larger side windows aim to let more light into the rear of the car. Boot space hasn't been revealed yet, but the current Civic already has a larger boot than most rivals. 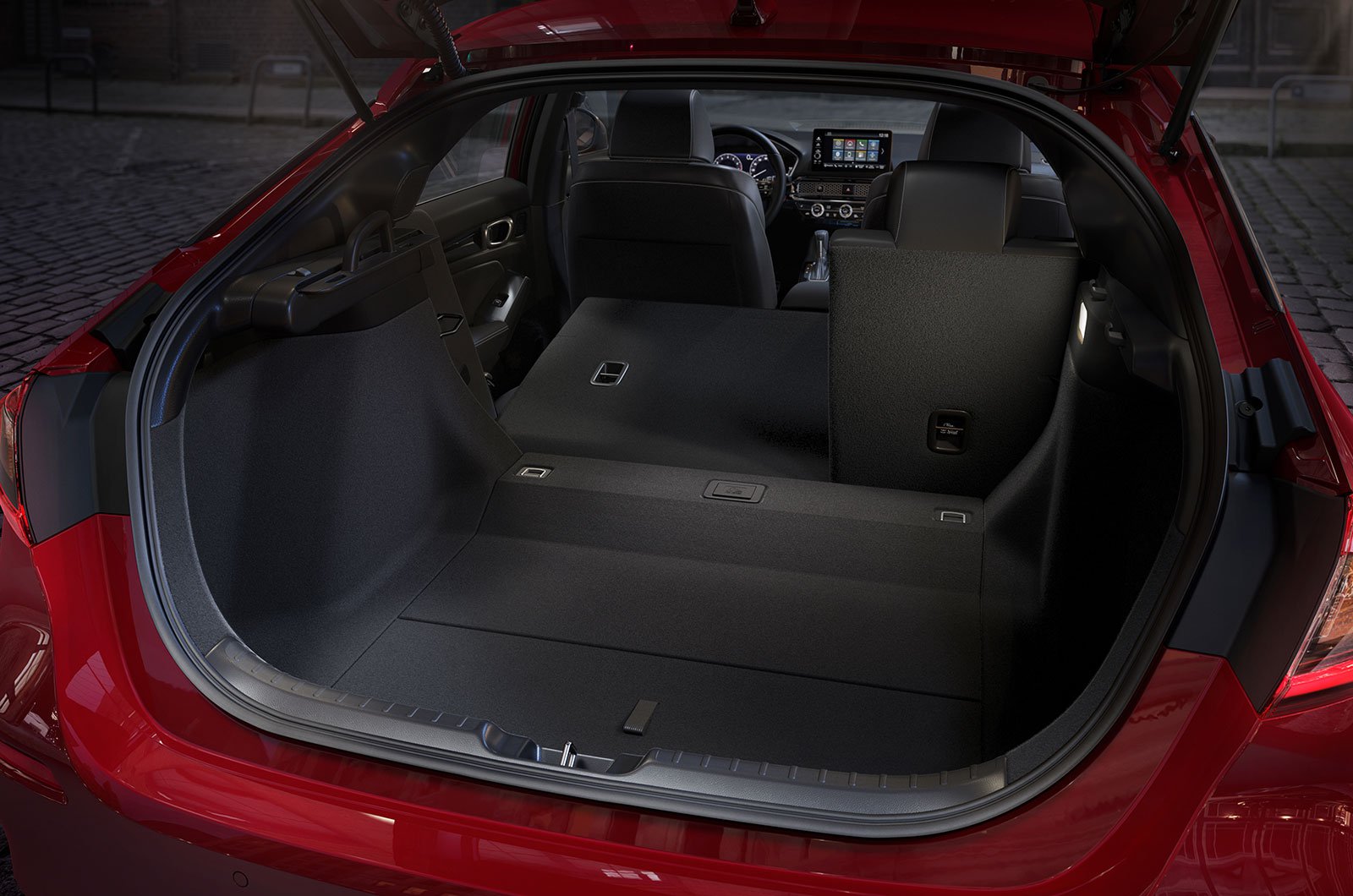 Prices won't be revealed for some time, but it's likely that this new Civic will cost a little more than the current car, at around £23,000. That would make the Civic slightly more expensive than its key rivals, but monthly PCP quotes should still be competitive.

Next: the best family cars >>