More for you |
Every 5-star car on What Car?Used test: Maserati Levante vs Porsche MacanNew issue of What Car? magazine on sale nowMost and least reliable small SUVsRevealed: the car makers whose discounts have got bigger since lockdown
Home
News
68% says mobile laws should be tougher
news

68% says mobile laws should be tougher

* Survey of 2000 UK motorists * Majority say two year prison sentence not enough * Only 3% of those polled had been caught on phone... 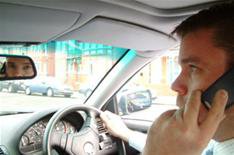 Almost two-thirds of motorists think the penalty for using a mobile phone while driving should be tougher than the current maximum sentence of two years in prison, according to a survey of 2000 British motorists.

Hands-free phone accessory supplier Jabra found that 68% of those polled thought the penalty for driving while using a mobile should be greater. This opinion was driven by the fact that more than half of respondents had at sometime felt they had been endangered by drivers using their mobile while driving.

Of those who said they still used their mobile, 25% said they did it because they were unlikely to get caught, and 24% said they couldn't afford to miss calls.

Of everyone surveyed, only 3% had been caught using their phone.

The survey was conducted by hands-free phone accessory supplier Jabra.