More for you |
Most and least reliable family carsWhat to do if you put the wrong fuel in your carVolkswagen Passat GTE long-term test reviewNew issue of What Car? magazine on sale nowTrue MPG: most efficient SUVs
Home
News
Bentley recalls 7539 UK cars
news 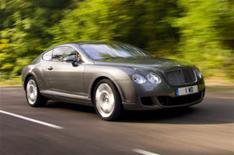 Bentley is recalling around 7500 Flying Spur, Continental GT, GTC and GT Speed cars in the UK after discovering a potential problem with the fuel filter.

A Bentley spokesman said it has discovered that around 30 cars globally have developed fuel-filter corrosion, but that Bentley took the decision to issue the recall as a precautionary measure.

The fitting of a replacement part will be carried out free of charge and take about an hour.