The new Bentley Bentayga EWB is a stretched version of the brand's luxury SUV, which will serve as its flagship model...

Picture a stretched SUV and the first thing that comes to mind is probably something brash imported from America, with a hen or stag party going on in the back. However, the new Bentley Bentayga EWB could hardly be more different.

Featuring 2500 new parts, the EWB (for Extended Wheelbase) is 180mm longer than a ‘regular’ Bentayga between the front and rear axles, but it disguises its extra bulk well. Indeed, the biggest visual giveaway that you’re looking at an EWB when one wafts past is the fact that the front grille swaps the usual Bentley mesh for vertical bars.

It’s a design detail taken from the discontinued Bentley Mulsanne saloon, which the Bentayga EWB indirectly replaces at the top of the company’s range. Meanwhile, the interior is said to be longer than not only the Mulsanne’s but also that of this car’s arch rival, the Rolls-Royce Cullinan. 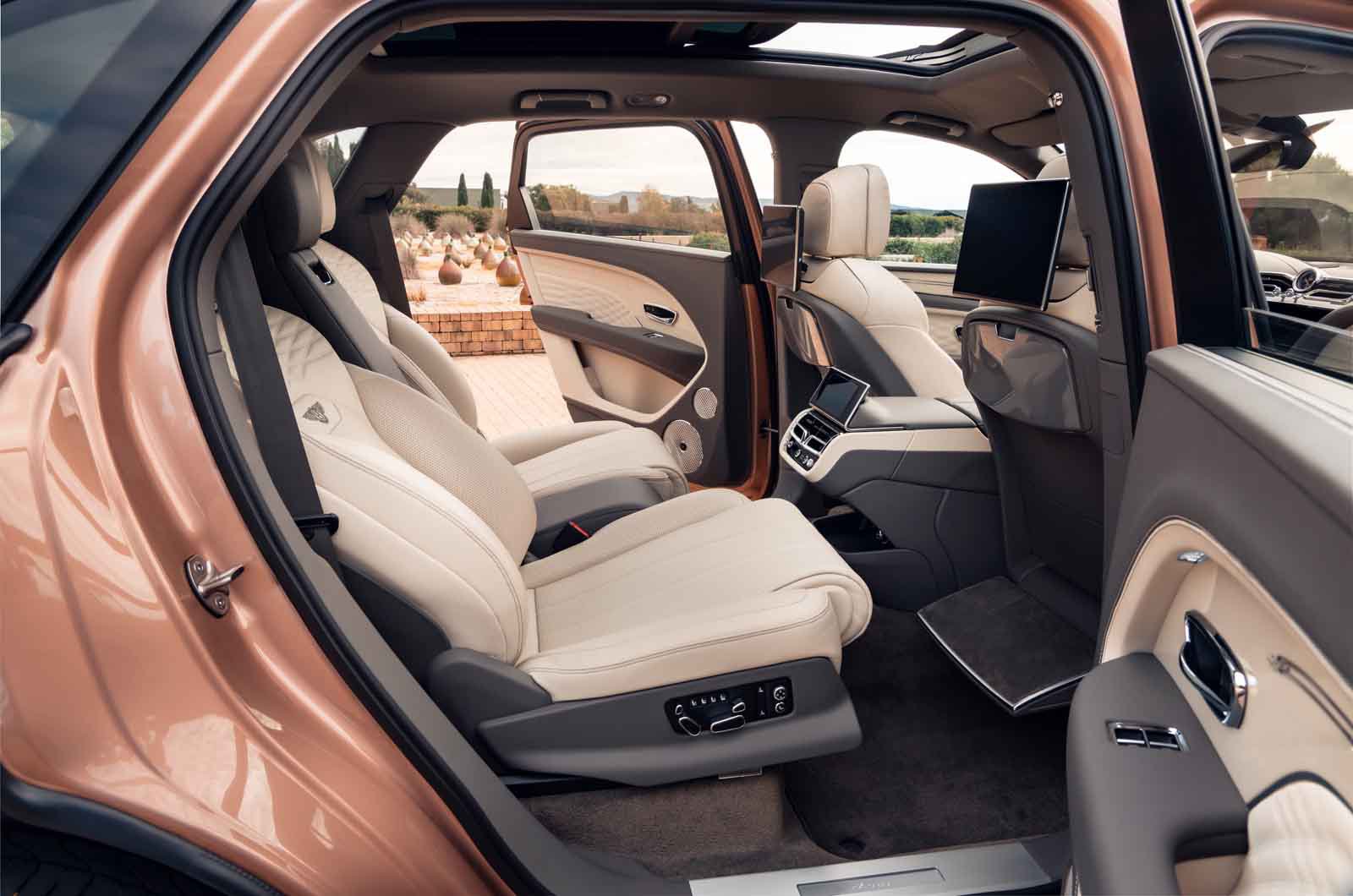 EWB buyers can choose from a three-person rear bench and two airline-style reclining rear seats. Alternatively, there’s a so-called 4+1 layout, where you get two full-sized rear seats, but you can fold away the long central armrest to reveal a smaller jump seat beneath.

This brings added versatility, even though you’ll feel like you’ve drawn the short straw if you find yourself sitting on it. By contrast, you get the full first class experience if you’re behind the front passenger seat, because that seat can be moved right forward when it’s not occupied, leaving room for you to stretch your legs out horizontally and make use of a drop-down footrest.

In a first, the seats aren’t just heated and cooled; they also automatically adjust to keep you at the ideal body temperature. In addition, they’re said to slowly and subtly massage you into the correct posture to minimise the chances of you picking up any aches or pains on a long journey. 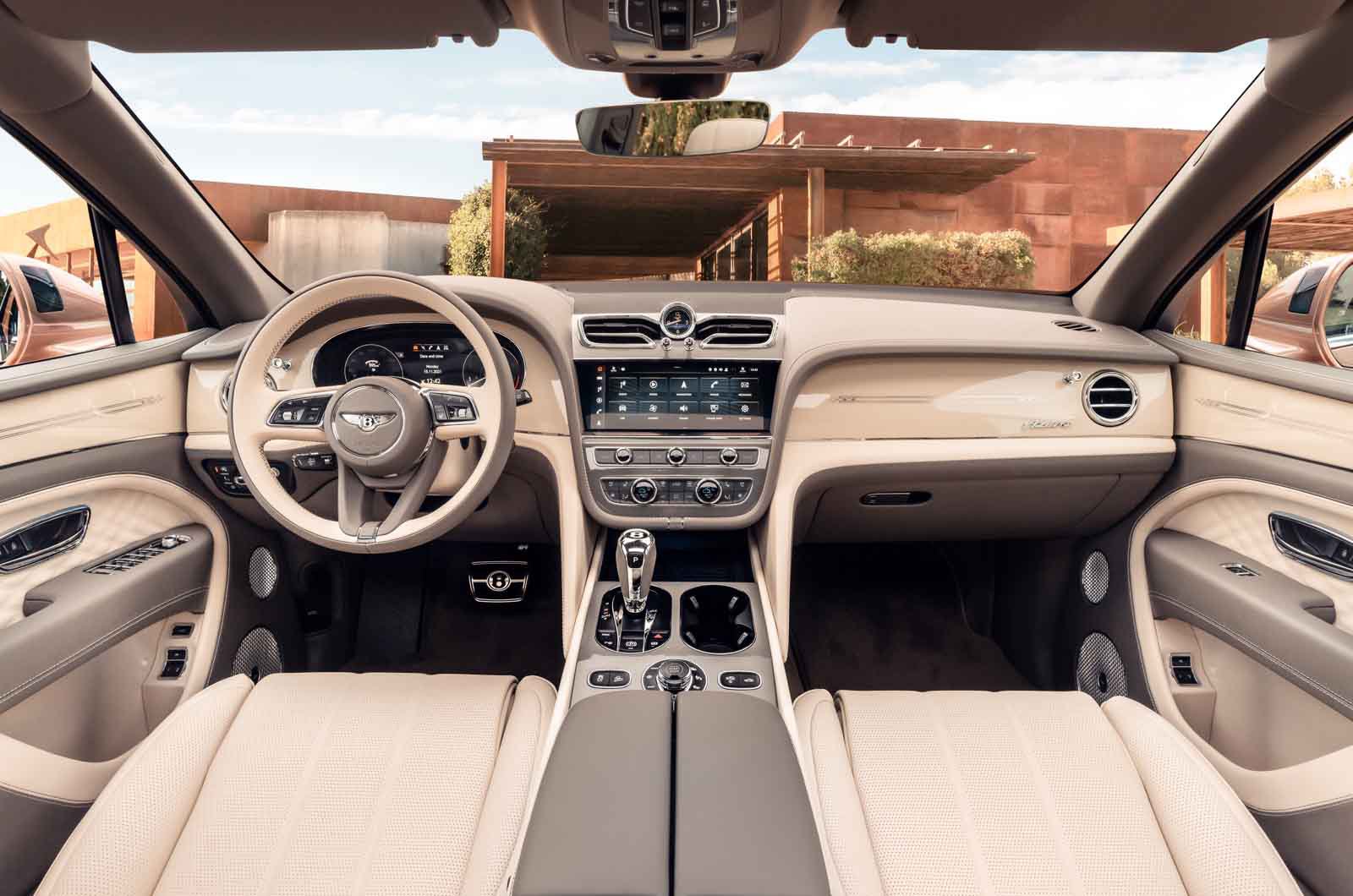 As you’d expect, the interior is beautifully finished, with an ambience that’s mostly traditional. But it’s been given a modern twist, because ambient lighting (with 30 colour settings) shines through the perforations in the leather, and the diamond quilting on the seats and doors gets progressively more elongated to reflect the fact that this is the stretched, EWB model.

As for the area up front, this features the same 10.9in infotainment touchscreen as the regular Bentayga. And the good news is it’s one of the better systems of its kind, because it has pin-sharp graphics and is responsive to commands, while the menus are intuitive. There are even a number of physical shortcut buttons to further boost ease of use.

Buyers can choose from a huge variety of leather colours and veneers (there are 24 billion trim combinations, apparently), while the exterior detailing can be specified in chrome or black, and Bentley’s Mulliner customisation division is looking at two-tone exterior paint finishes. However, initially there’s just one engine option: Bentley’s 542bhp twin-turbo 4.0-litre petrol V8, which should get the EWB from 0-62mph in less than five seconds and give it a top speed of 180mph. 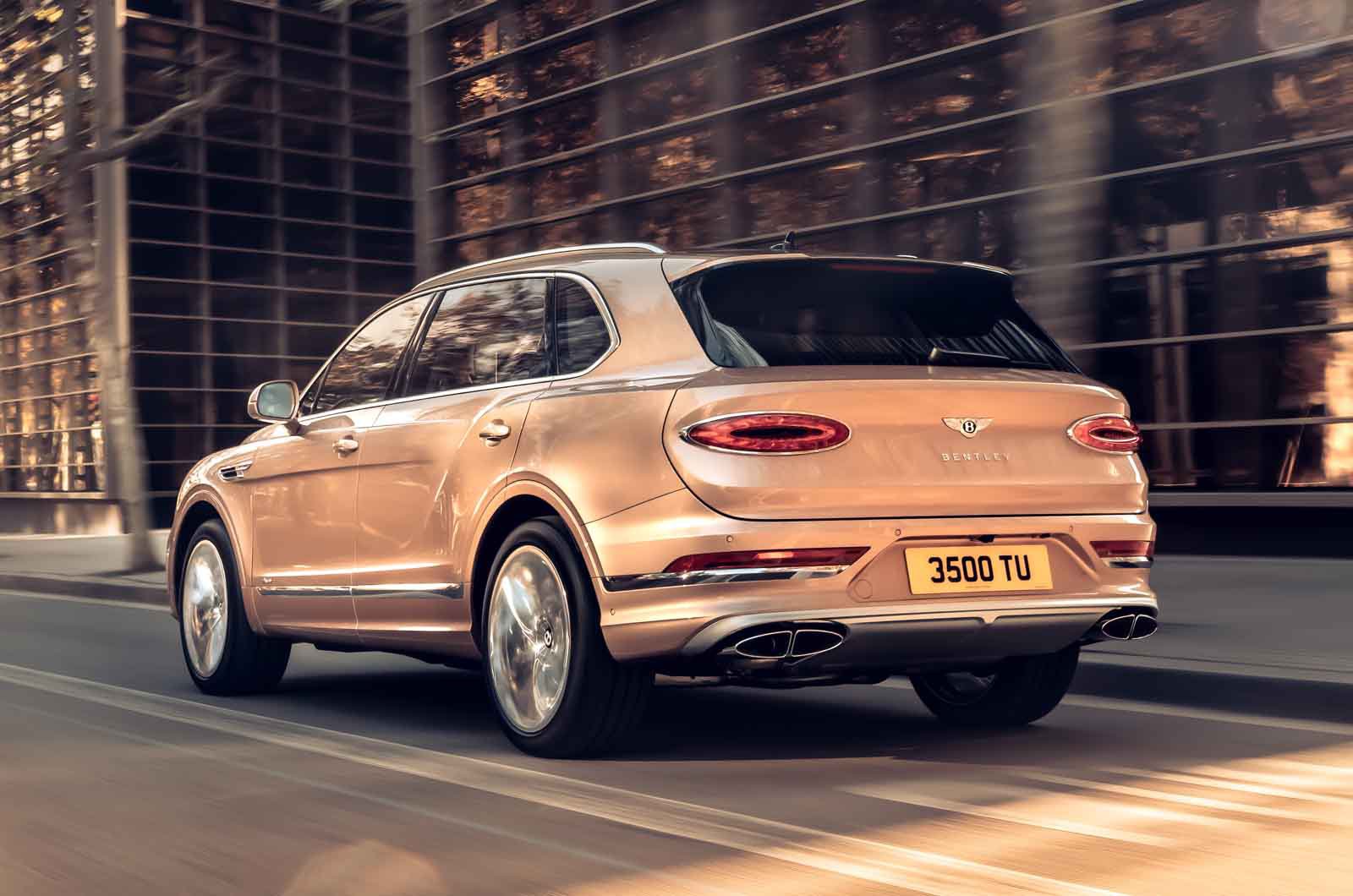 It remains to be seen whether the firm’s plug-in hybrid set-up – which combines a V6 petrol engine with an electric motor – will be added to the range later, but it seems a safe bet.

Surprisingly, the EWB has a tighter turning circle than the standard Bentayga (10.0m versus 10.6m), because it’s fitted with four-wheel steering. And the standard active anti-roll bars should further aid agility by minimising body lean through corners, although they’re more about maximising comfort for those on board than trying to turn this 5.3-metre-long SUV into a back-road barnstormer.