E-bikes come in all shapes and sizes and can be ideal for the city, open roads, off-roading or a combination of the three. These are the best on the market...

As e-mobility becomes more prominent, the electric bicycle market has never been more saturated, and there's now an e-bike for every type of rider.

Whether you’re looking to get to work quicker – and less sweaty – or would like a bit of assistance riding to the top of the trails, bicycle brands have recognised that going electric is one of the best ways to get more people on bikes.

Thankfully, gone are the days of electric bikes that look like they’ve been constructed in your neighbour’s shed with an old lawnmower engine and some cable ties. Nowadays, they are far more refined, and as battery and motor technology develops, the standard of e-bikes has improved with it.

You can now expect a decent mileage range from each battery charge, and most bike shops are familiar with the common motor and battery systems, so you won’t have to chance a quick fix with a YouTube video and an electric shock.

But what can you expect for each category of e-bike? Here are some of the best electric bikes you can buy across several categories. 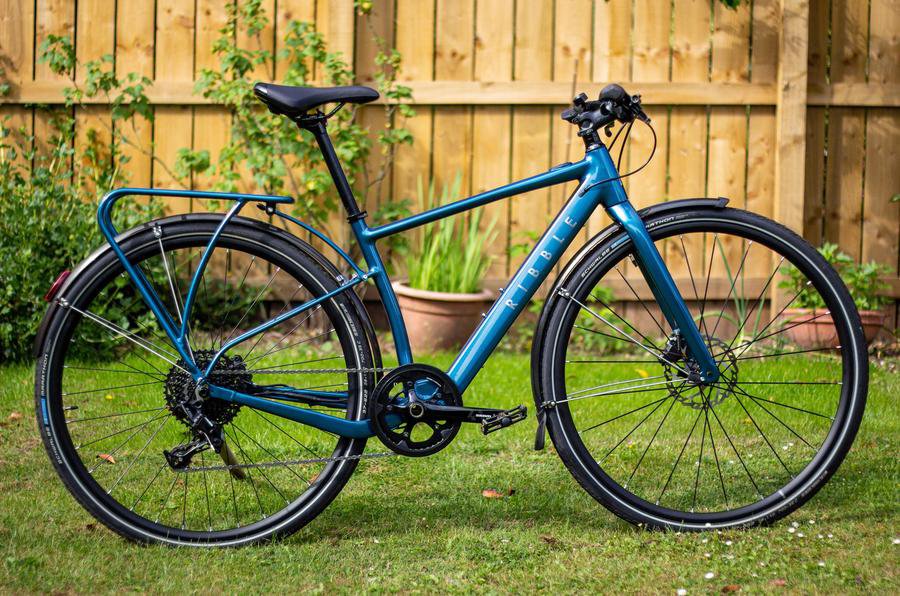 With comfortable 35c tyres and a well-specced groupset, the Ribble Hybrid Al e is one of the most versatile hybrid electric bikes on the market. Hydraulic disc brakes and a wide gear ratio make it a joy to ride, and the Ebikemotion motor and assist system is intuitive and smooth. A mid-priced bike with a premium feature list, it's hard to go wrong either for urban ventures or longer rides in the countryside. An incredibly smart and relatively affordable city bike, the S3 is the latest offering from Amsterdam-based brand VanMoof. It comes with the usual electric assist up to 15.5mph and an impressive battery range of 37-93 miles. The S3 is also equipped with automatic electronic gears as standard, but the most impressive feature is the built-in theft defence – onboard alarms and smart location tracking make it difficult to steal without being noticed. Best for those above 173cm/5ft 8in tall. Smaller riders should look to the X3. 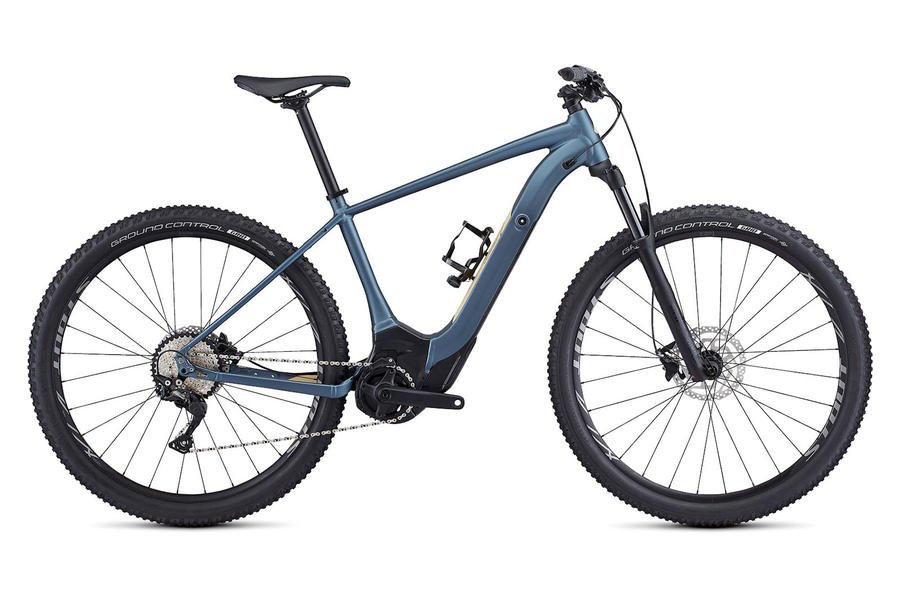 The ever-popular Turbo Levo range is now available in hardtail form and uses Specialized's own 1.2 E, custom Rx Street-tuned motor for smooth and quiet assistance on the trail. Up front, you'll find 100mm of travel from the SR Suntour fork, and an agile aluminium frame. Great for those who want a bit of assistance on steeper hills, or just want a bit of added wow factor to their trail riding. 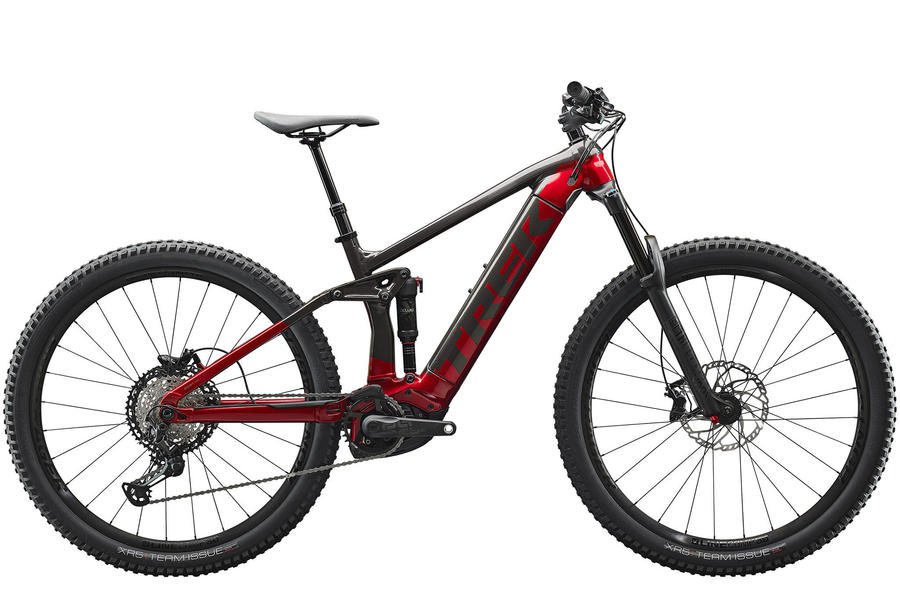 Predictable assistance and smooth motor engagement are what make the Trek Rail range stand out from its rivals. With a long battery range (between 33 and 50 miles) and enduro levels of suspension travel (150mm rear, 160mm front), Trek has outdone itself with an engaging and exciting e-MTB. Bosch Performance Line motors and batteries are used for an unrivalled electric experience on the trail, while the 12-speed drivetrain offers plenty of range for even the steepest climb. 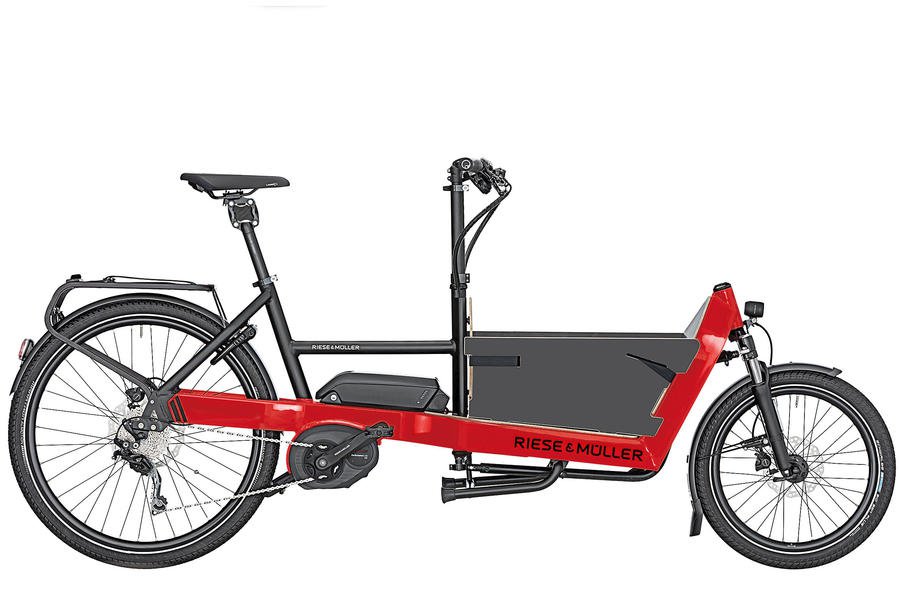 Electric cargo bikes are becoming more and more common on British roads, as we see people (and companies) take a step towards greener transport. Whatever you think you couldn’t move by bicycle is made possible with this cargo bike from Riese & Müller. It packs a mid-drive Bosch motor and plenty of space for your luggage. You can even fit a child or dog in if they fancy a ride. It’s a versatile bike that could genuinely replace a car for many journeys. 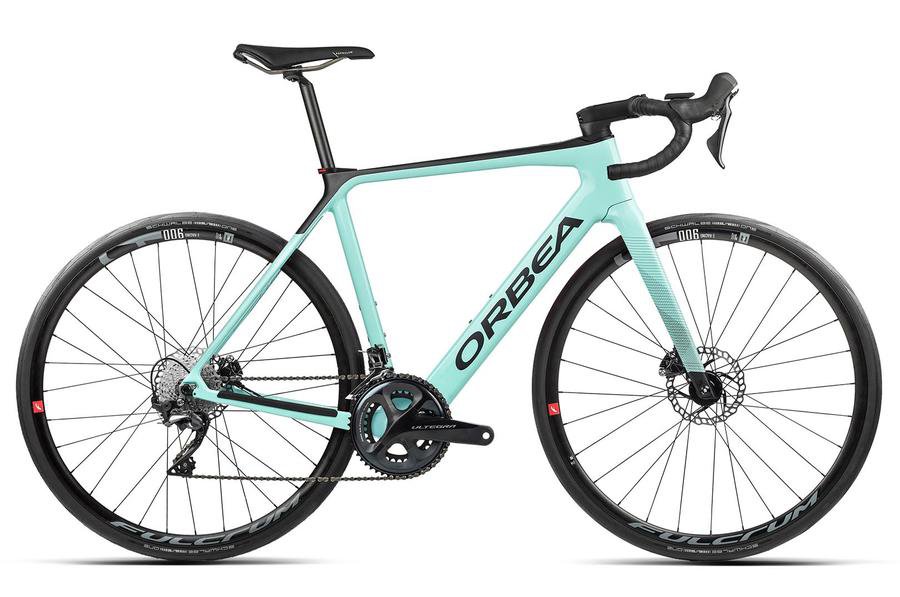 Orbea has taken everything it knows about producing lightweight performance road bikes and put it into enhancing the ride electronically. At first glance, you might not realise the Gain is an electric bike, but that's all part of the allure. The bikes can be personalised to your colour scheme across the Gain range, and there's a bike for a variety of budgets. As seen in other electric bikes, Orbea uses the Ebikemotion system, which is renowned for its reliability and intuitive programming. 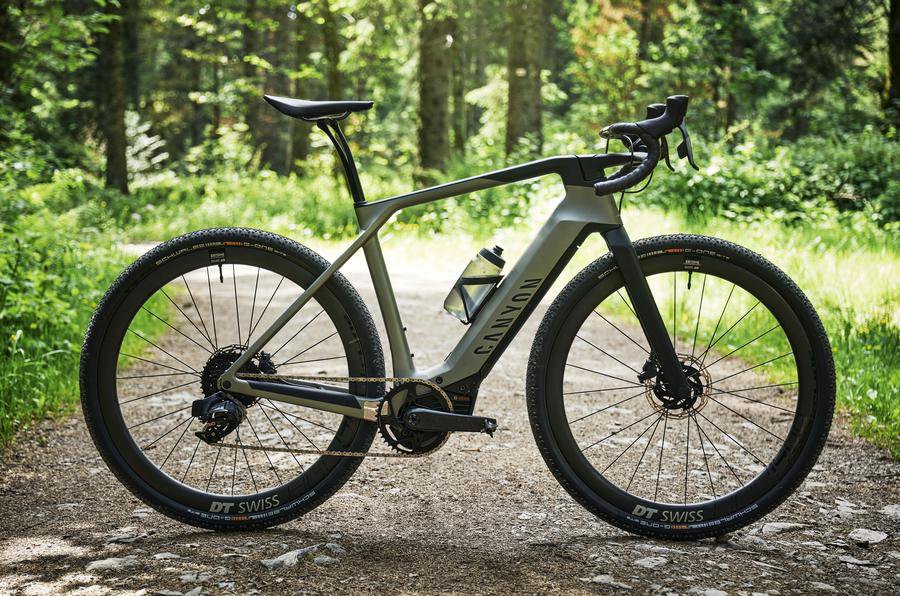 This direct-to-consumer company is well known for its off-road exploits, and the newly electrified Canyon Grail is a continuation of its best work. Featuring plenty of tyre clearance (to fit up to 50mm tyres) and a Bosch Performance Line CX motor system, the Grail:ON is a capable gravel bike that will give you an average of 75 miles per battery charge – more than enough for even the most experienced gravel riders. 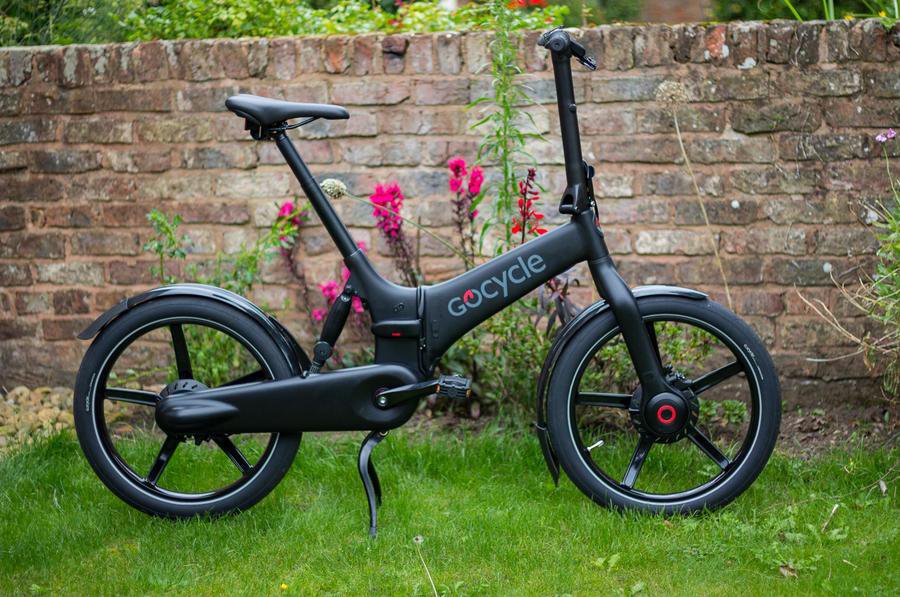 The Gocycle G4 is the product of nearly 20 years of research and development from former McLaren designer Richard Thorpe. Its automotive design has attracted a cult following and for good reason. For a decent price, you get a lightweight folding bike that rides like a regular bike. The motor is powerful and the modes can be adjusted on the accompanying app. Unlike other folding bikes, the G4 is comfortable enough to be ridden across longer distances than your average commute, and at a similar price to competitors. 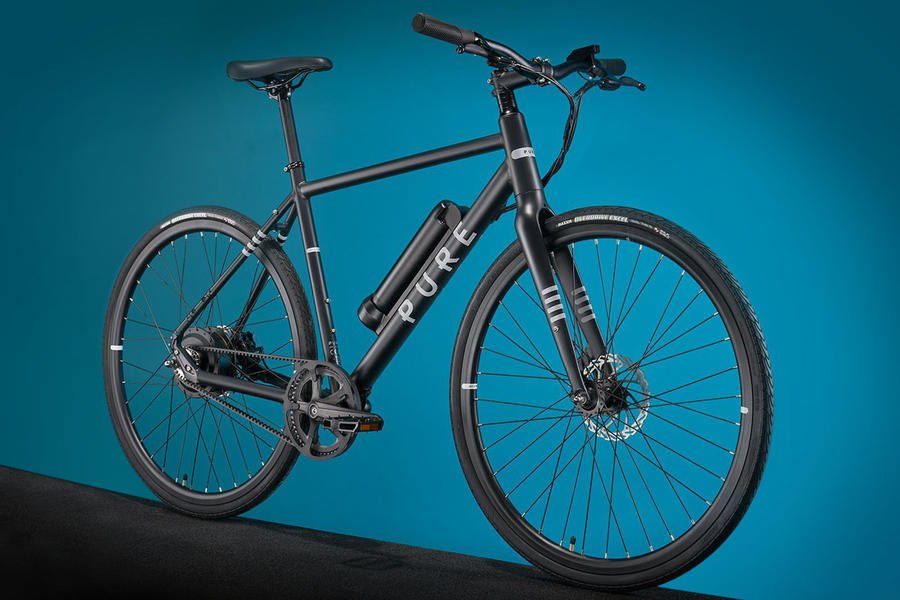 If you’re after a no-fuss, low-maintenance electric bike on a budget, the first e-bike from Pure Electric should certainly be a consideration. At £999, it’s well priced, and uses a Gates Carbon Drive belt rather than a more traditional chain drivetrain. The motor is mounted in the rear hub, like many at this price (and higher), and it offers a range of up to 25 miles on one charge. Best for short journeys and no-nonsense upkeep. 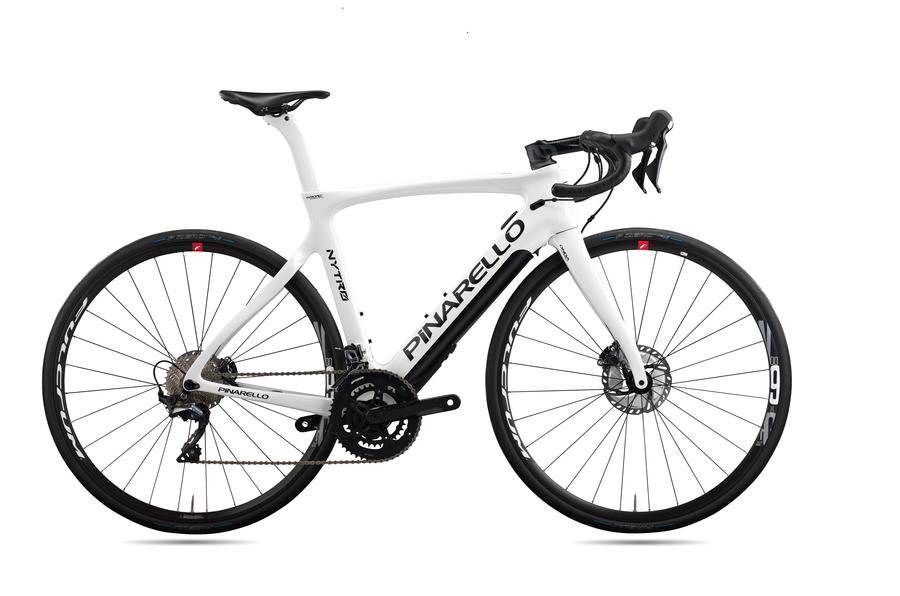 A premium offering from Italian brand Pinarello, the Nytro Road is the firm's first foray into the electric road bike market, but it has done a masterful job. The bike is aesthetically charming, much like its unassisted road bikes, made famous by the Ineos Grenadiers team. A mid-drive Fazua Evation Ride 5 motor powers the bike through the pedals, which only enhances its performance. At around £6000, this isn’t a bike for the masses, but if you have the cash, it’s certainly worth a look.

Words and pictures by Rebecca Bland