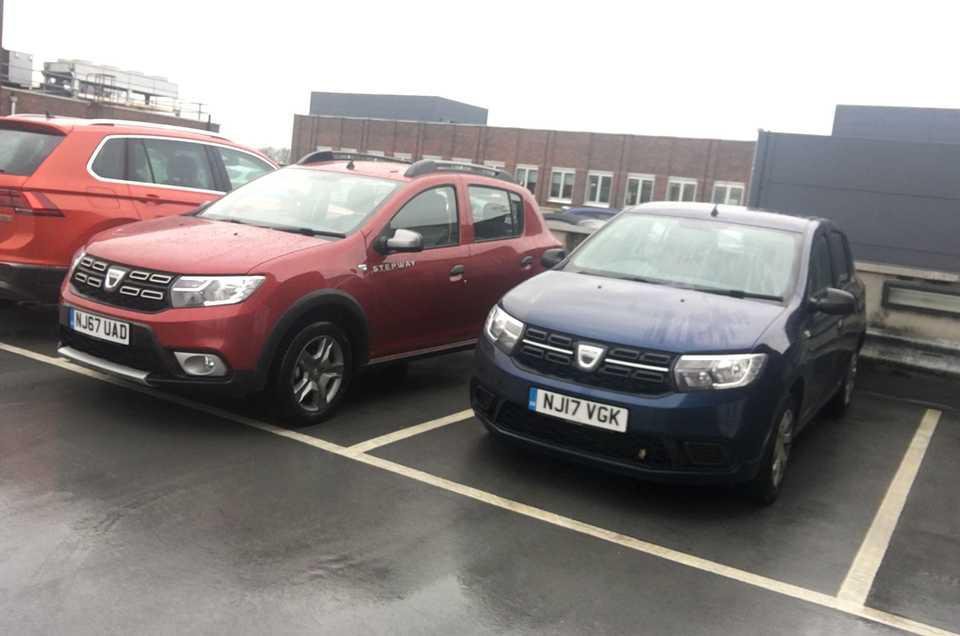 I had an identically specced Dacia Sandero Stepway for a few weeks while my original Sandero was having its wounds tended to (see my last report), giving me the perfect opportunity to compare the two.

The Stepway adds a smattering of SUV styling to the Sandero formula, but let me say straight away that despite its more in-vogue looks, the cheaper regular Sandero is the better car.

In hatchback form, it’s quieter and costs less to run – even versus the 1.5-litre diesel Stepway that we tested – and cost less to buy. The Stepway rode more harshly and wasn’t as refined, although it was marginally better-equipped, with alloy wheels, roof bars and metal trim inside.

There will be those who see the appeal of the Stepway, of course, but without the benefit of four-wheel drive to go with its slightly raised ride height, it’s something of a frivolity away from the no-frills formula of the wallet-friendly Sandero. In the recent snow it didn’t bat an eyelid, although with the same front-wheel-drive set-up in both cars, the standard Sandero would likely have been just as untroubled by the white stuff.

With both cars, there are compromises to be made on build quality, and where my car had intermittent rattles, the Stepway had a persistent squeak from the interior when moving off the line.

Dacia has clearly been ahead of the mark with the rufty-tufty-looking Stepway, though, with similar offerings like the Kia Picanto X-Line and Ford Fiesta Active arriving to the party far later.

I was somewhat dismayed when I recently heard that Dacia had increased the Sandero's entry-level price by £1000 (although our mid-range Ambience model is unaffected). But you have to put these things into perspective – £6995 for a brand new car is still heroic value for money.