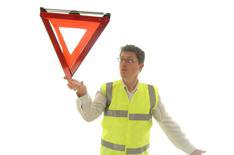 Here's what you'll need to know when driving in Estonia. Drivers who've held their full licence for less than two years should note that they'll be restricted to a maximum speed of 56mph when visiting this smallest of the Baltic states.

Maximum speed limit
•These vary and are signposted.
•If driver has held licence for fewer than two years they cannot exceed 90kph/56mph outside built-up areas, regardless of the limit.

Equipment required in car
•Headlamp converters. These are stickers on your headlights, which prevent oncoming motorists being dazzled by UK-configured headlamps
•A fire extinguisher
•A first aid kit
•A warning triangle inside the car
•Winter tyres, from December to February. It's illegal to use them from May to September

Documentation to be carried
•Full British licence (if it's not a photo version, you'll need another form of photographic ID, such as a passport)
•Original registration document
•Motor insurance policy

On the spot fines issued
•Yes

This information is provided as a guide to driving in the aforementioned country, but is not intended as complete legal guidance. It is the driver's responsibility to ensure they follow national driving laws.