More for you |
Every 5-star car on What Car?Used test: Maserati Levante vs Porsche MacanNew issue of What Car? magazine on sale nowMost and least reliable small SUVsRevealed: the car makers whose discounts have got bigger since lockdown
Home
News
Ferrari's new GT launched - on the web
news

* Hear the new car's engine * See the pictures tomorrow * In the metal at Paris motor show... 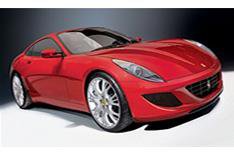 Ferrari is launching its new GT car over the internet.

Details of the front-engined car, codenamed F149, are scarce, but we think it will be powered by a retuned version of the F430's 4.3-litre V8 linked to a new semi-automatic gearbox.

No price information has been revealed, although rumours of it being under 100,000 are now said to be wide of the mark. It's more likely to cost around 150,000.

The site will broadcast sounds of the engine at first, with pictures of the car to follow tomorrow.

To see and hear the new car being unveiled, click here.