Is a convertible electric car a viable proposition or too much of a compromise? We're finding out by living with the Fiat 500 Cabrio...

Why it’s here The Fiat 500 was our 2021 Convertible Car of the Year, but we wanted to see if it continues to impress when you live with it every day

Needs to Be comfortable, efficient and fun to punt around local rural roads, and have enough range for occasional longer journeys

The Fiat 500 Cabrio is an automotive iceberg, not because it poses any sort of risk to cruise liners, but because when you look beneath the surface, there’s so much more to it than you might initially expect.

Like its petrol-powered Fiat 500C non-identical twin, which has been around since 2009, this fully electric car combines cute, retro looks with city friendly dimensions and a fold-back roof. But where that older model bumps and thumps its way over patched-up urban streets and feels out of its depth on faster roads, the 500 Cabrio soaks up potholes well, and remains as composed as many larger models all the way up to motorway speeds. 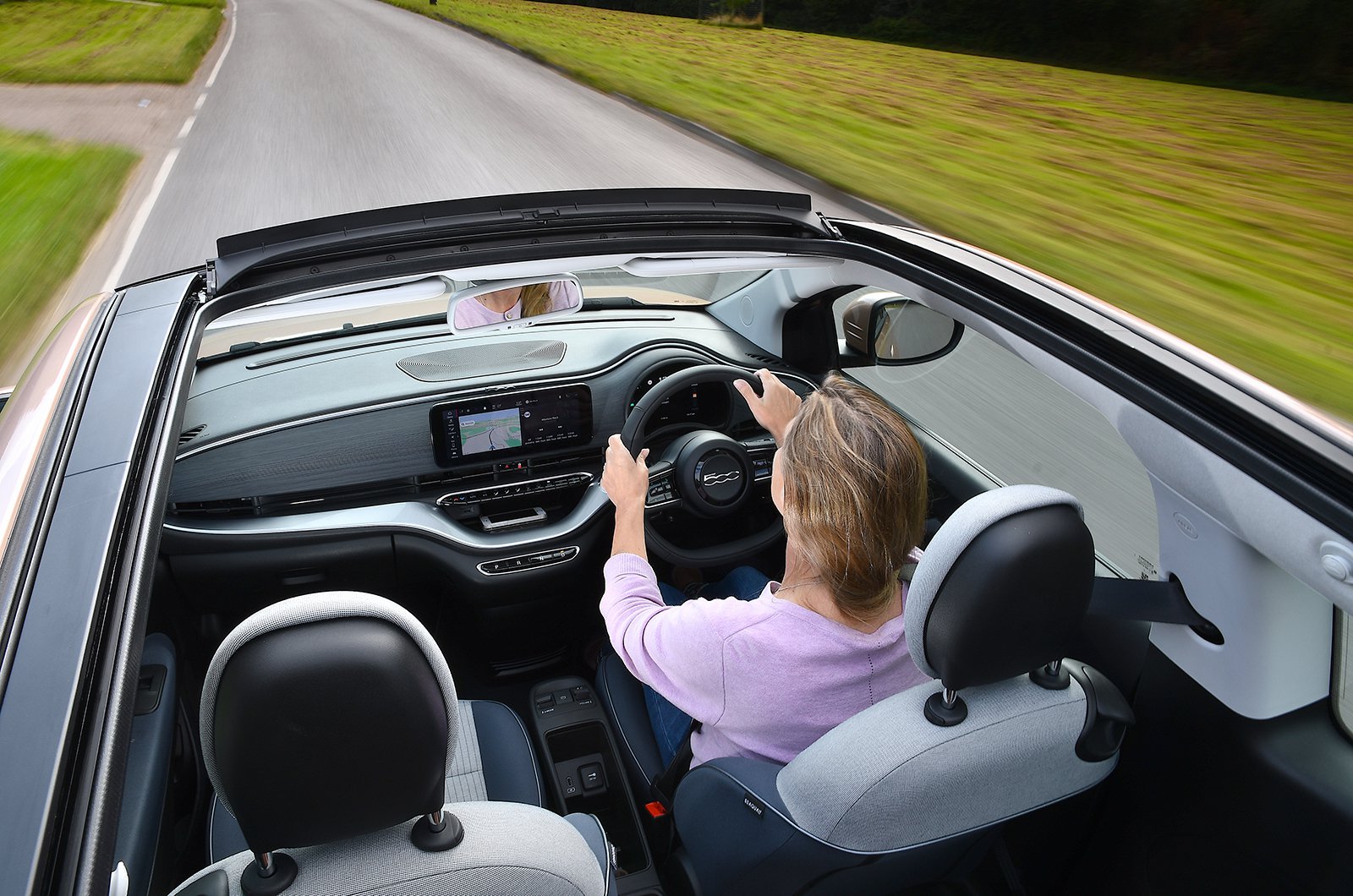 There’s little to worry about when it comes to range, either, as long as you’re not planning regular cross-country trips. I saw around 150 miles between charges when using the car primarily around town. And even on a drive from my home to Heathrow that included 45 miles of M25, the total only fell to 120 miles. As a result, I didn’t have to worry about finding a public charger to replenish the car, or to pay the car park operator’s steep £15 fee to charge it up before completing the return journey.

And this was without using the 500’s Sherpa mode, which reduces accelerator pedal response, turns down the climate control, and sets a speed limit of 50mph to maximise efficiency.

I did try Sherpa on a few occasions, including a 40-mile, non-motorway trip from Kent to the O2 Millennium Dome near Greenwich, for which I ended up using just 15 miles of range. However, while it undoubtedly does what it’s meant to, driving pleasure was seriously eroded by the paucity of pulling power, so Sherpa is something I’d only recommend using when you absolutely need to. 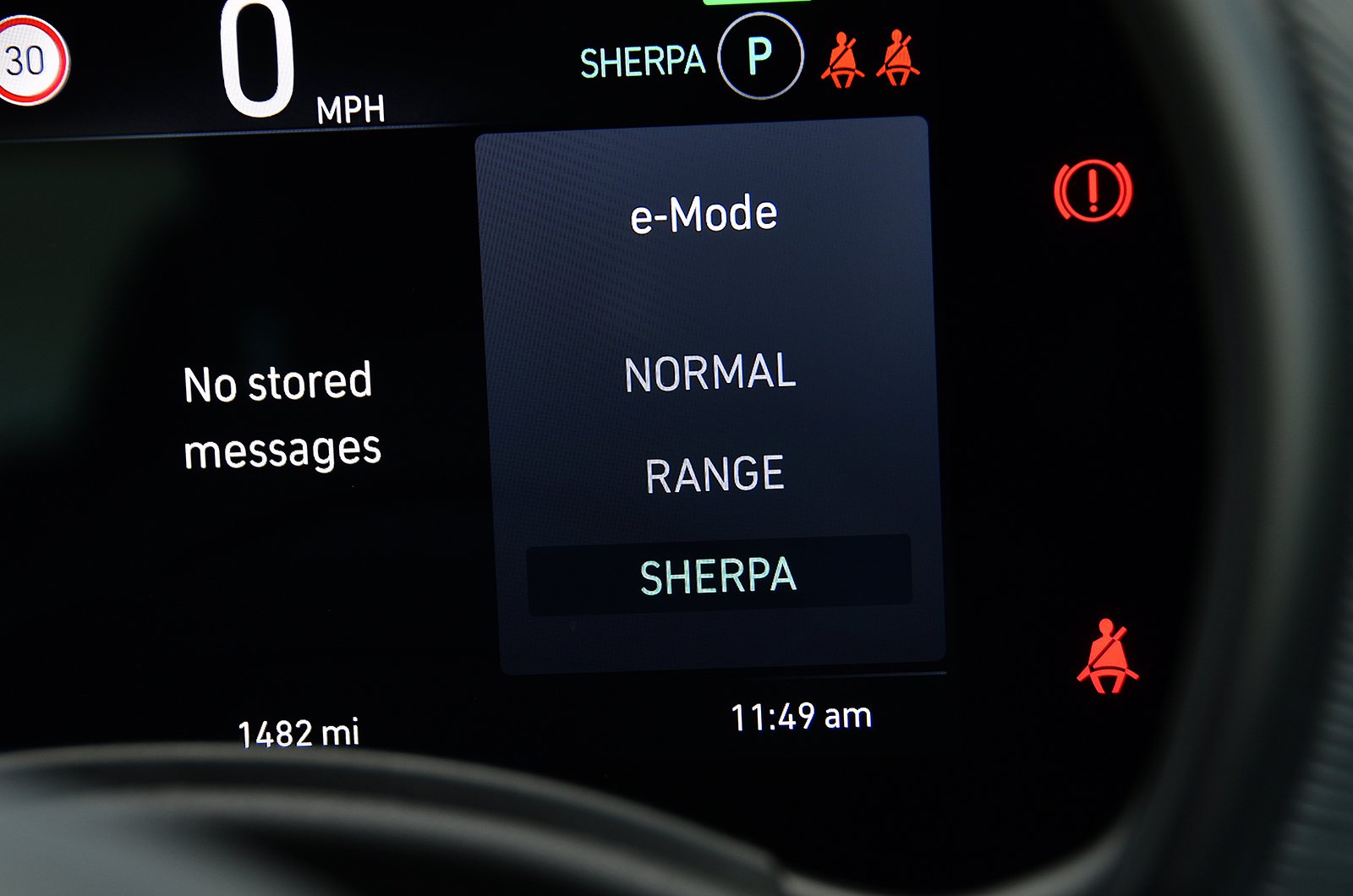 Instead, I preferred to increase usability by getting a home wallbox charger fitted; the 7kW capacity Myenergi Zappi unit that I went for allowing me to restore the 500’s battery to 100% in less than six hours – twice as fast as with a domestic plug. In addition, the Zappi allowed me to set the charging to only begin at night to take advantage of my cheap dual-rate electricity tariff.

The only charging problem that I encountered during my time with the 500 was on one occasion when there was an overload of electricity to my house from the grid. This caused the wallbox to deactivate so the excess power couldn’t damage the car’s battery. However, it also meant that when I got into the car to begin my day, I found it wasn’t charged, forcing me to delay my departure by a few hours.

As for issues with the 500 itself, I experienced just a couple of minor glitches. First, there’s a setting that beeps the horn whenever you lock the doors in an effort to reassure you that they are indeed secure, but while I found this annoying, so switched it off via the touchscreen, it would switch itself back on every few weeks. And similarly, the speedo had a habit of switching itself from mph to km/h from time to time – again forcing me to delve into the car’s menus to correct it. 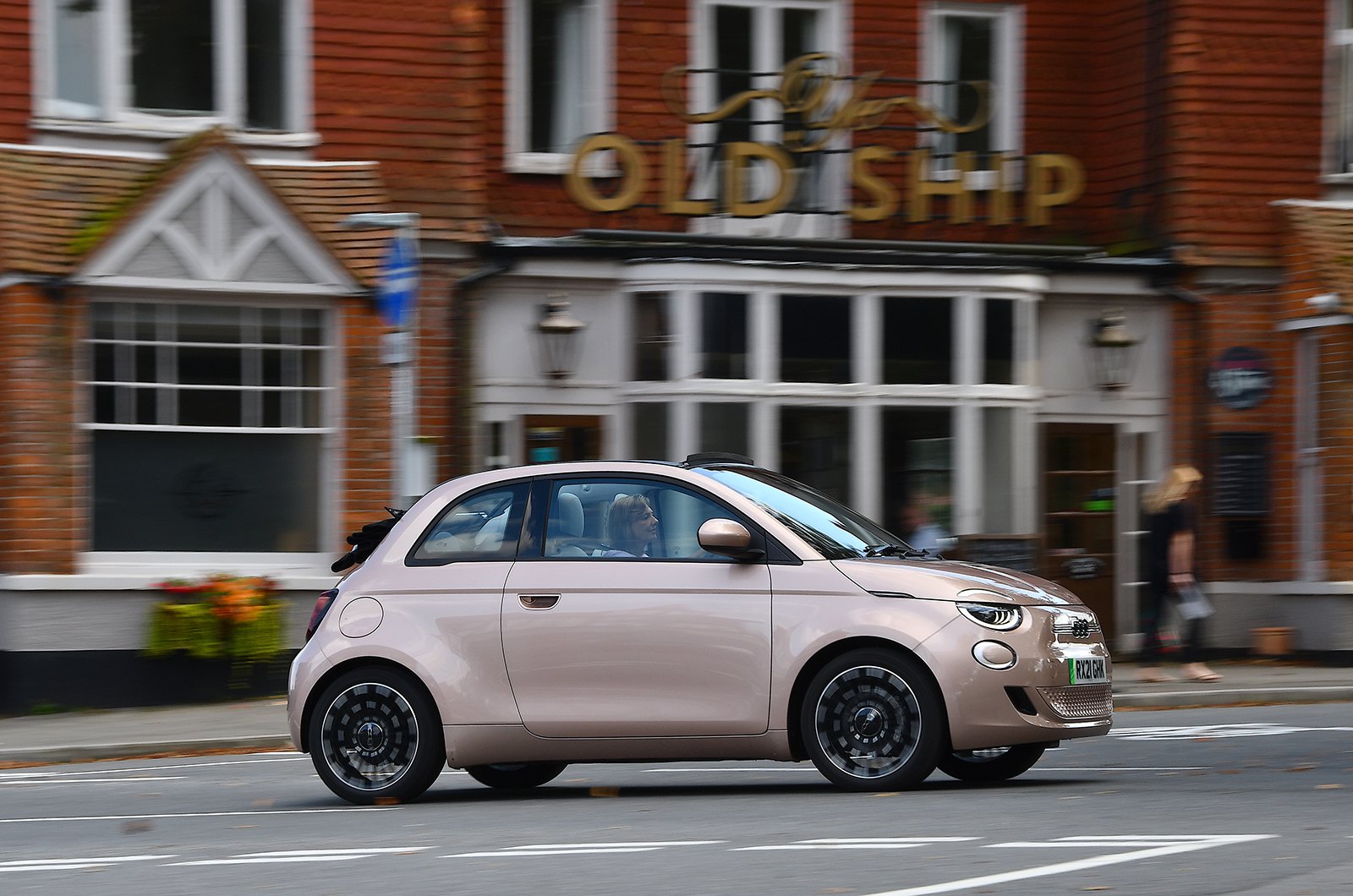 A two-door convertible is never going to be the most practical of choices, but the 500 Cabrio doesn’t force you to compromise too much in this respect. The boot is easily big enough for two overnight suitcases, for example, and while the rear seats are on the small side, they bring useful extra versatility and are a great place to store coats.

So, yes, my time with the 500 Cabrio has convinced me that it’s far more than just a city runabout. And as much as I love my other drop-top – a 1995 Mazda Eunos – the 500 beats it hands down when it comes to refinement and everyday usability. I can definitely see why its was What Car?’s 2021 Convertible of the Year.