More for you |
LISTEN: Car of the Year PodcastNew issue of What Car? magazine on sale nowPromoted | 5 reasons why it makes sense to go electric todayBig savings on our Car of the Year Awards winnersWhat Car? Awards 2021: The best cars you can buy
Home
News
Fuel protesters head to Edinburgh
news

* Convoy of 60 lorries protests * Sympathisers could join convoy down M8 * Organiser promises not to block the motorway... 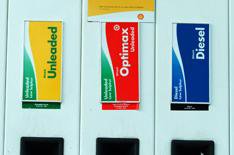 A convoy of 60 lorries is making its way along the M8 in a protest over the cost of fuel.

Around 40 more vehicles were expected to join the go-slow convoy as it travels from North Lanarkshire to the Scottish Parliament at Holyrood.

Protesters plan to hand a letter to Transport Minister Stewart Stevenson, asking him to urge the UK Government to reduce the duty on fuel.

It follows similar protests in Wales and London last month.

He told the BBC that his company would have to pay an extra 150,000 for fuel this year and that other firms have been forced out of business due to rising costs.

'The industry is already struggling with the Working Time Directive and the normal cost of fuel,' he said. 'In the last year, the price of fuel has increased by 25% - it's a hefty blow.'

McCutcheon said the protest would be peaceful and was not designed to cause mass disruption.

He said lorries would travel in one lane of the motorway at normal speed, but would slow down to 15mph in Edinburgh.

Three trucks will then be escorted by police to the Scottish Parliament, where the letter will be handed to Mr Stevenson.