* Possible changes to road tax * Tax shortfall down to greener cars * No final decision made... 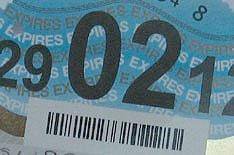 Drivers may be forced to pay more for road tax under the new plans in order to compensate for the revenue lost from an increase in sales of greener cars.

Under the current system, cars that produce less than 100g/km of CO2 are exempt from Vehicle Excise Duty entirely, while the cost of taxing other vehicles has reduced with the implementation of cleaner, more economical engines.

Improvements in fuel efficiency and fewer car journeys have also caused a shortfall in fuel duty. As a result, the DfT is now planning to overhaul the current road tax system - which ranges from those exempt under Band A, to 475 annually for cars in Band M. VED licensing equates to almost 6 billion in revenue per year for the Treasury.

There are currently 57,000 vehicles on the road that are exempt from road tax, with forecasters predicting more in the future. According to the RAC Foundation, the loss in revenue could equate to as much as 13 billion by 2029.

The Treasury claims that no decision has been made, and that it will consult motoring groups before any action is taken.