The Mitsubishi Outlander PHEV is a popular choice with people who want to go green or lower their tax bills. But is a two-year-old Volvo XC90 T8 for the same sort of money a better buy?... 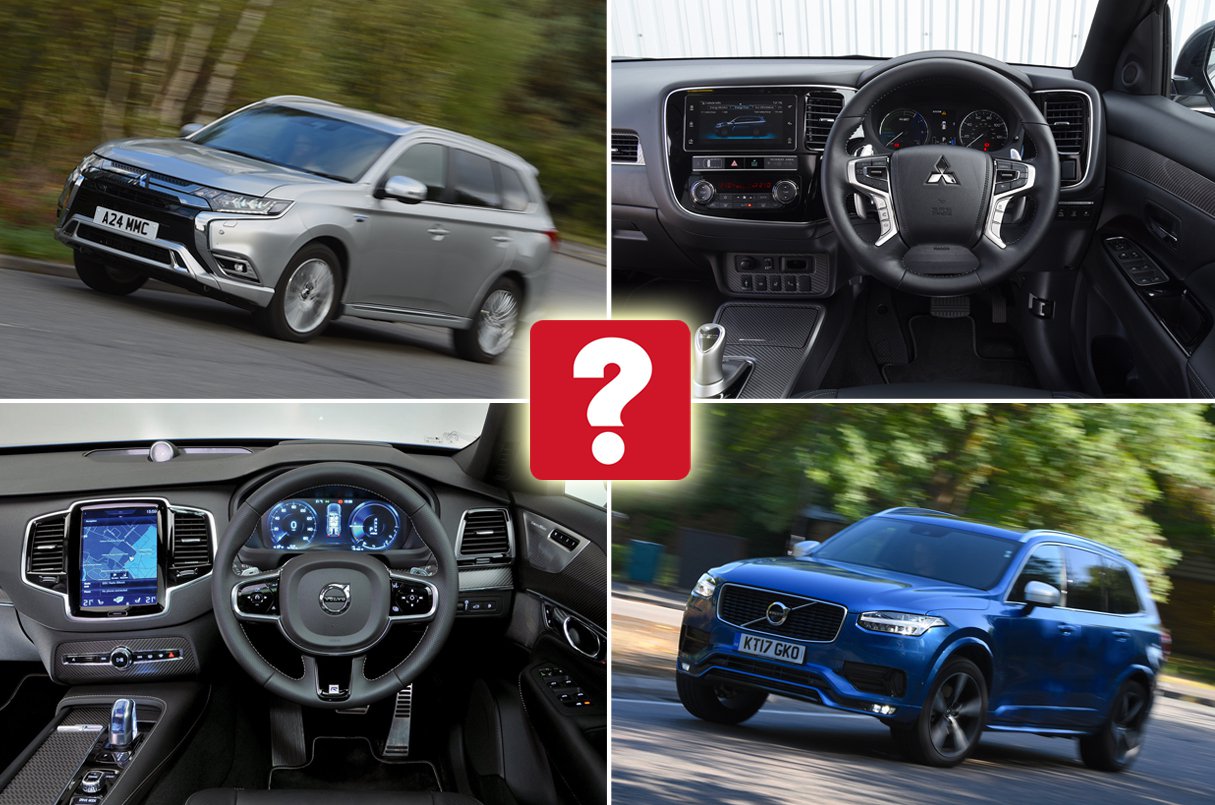 Is popularity an indication of quality? If so, the Mitsubishi Outlander PHEV should be quite something, because it's the UK's best-selling plug-in hybrid, capable of travelling up to 28 miles on electric power before it needs to burn any petrol.

However, for the same sort of money as a range-topping Outlander PHEV (around £45,000), you could have a two-year-old example of a plug-in hybrid that wears a more prestigious badge: the Volvo XC90 T8.

Like the Outlander PHEV, it takes the form of a large SUV, and it has a similar official electric-only range (25 miles). But which is the better buy? 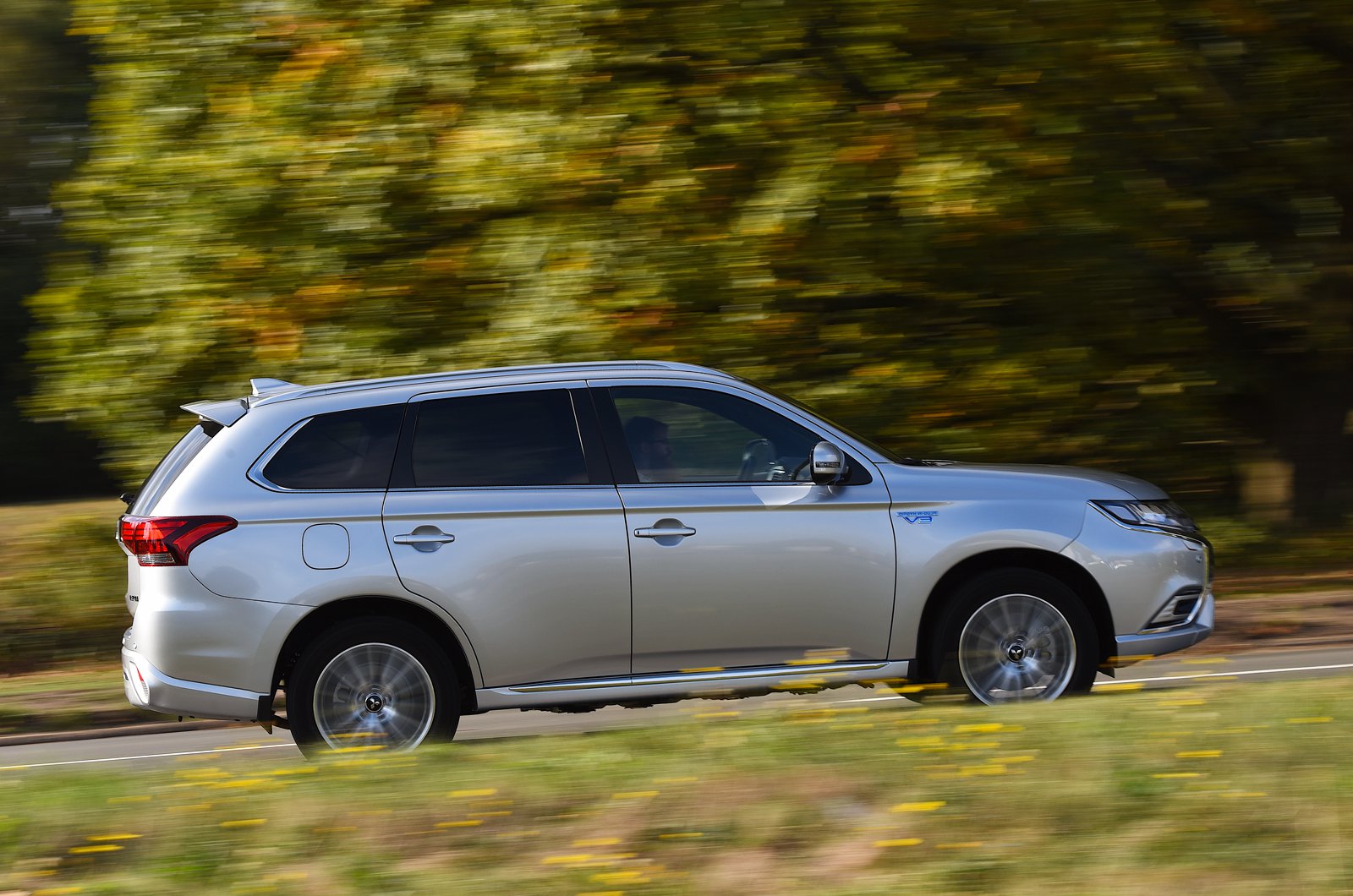 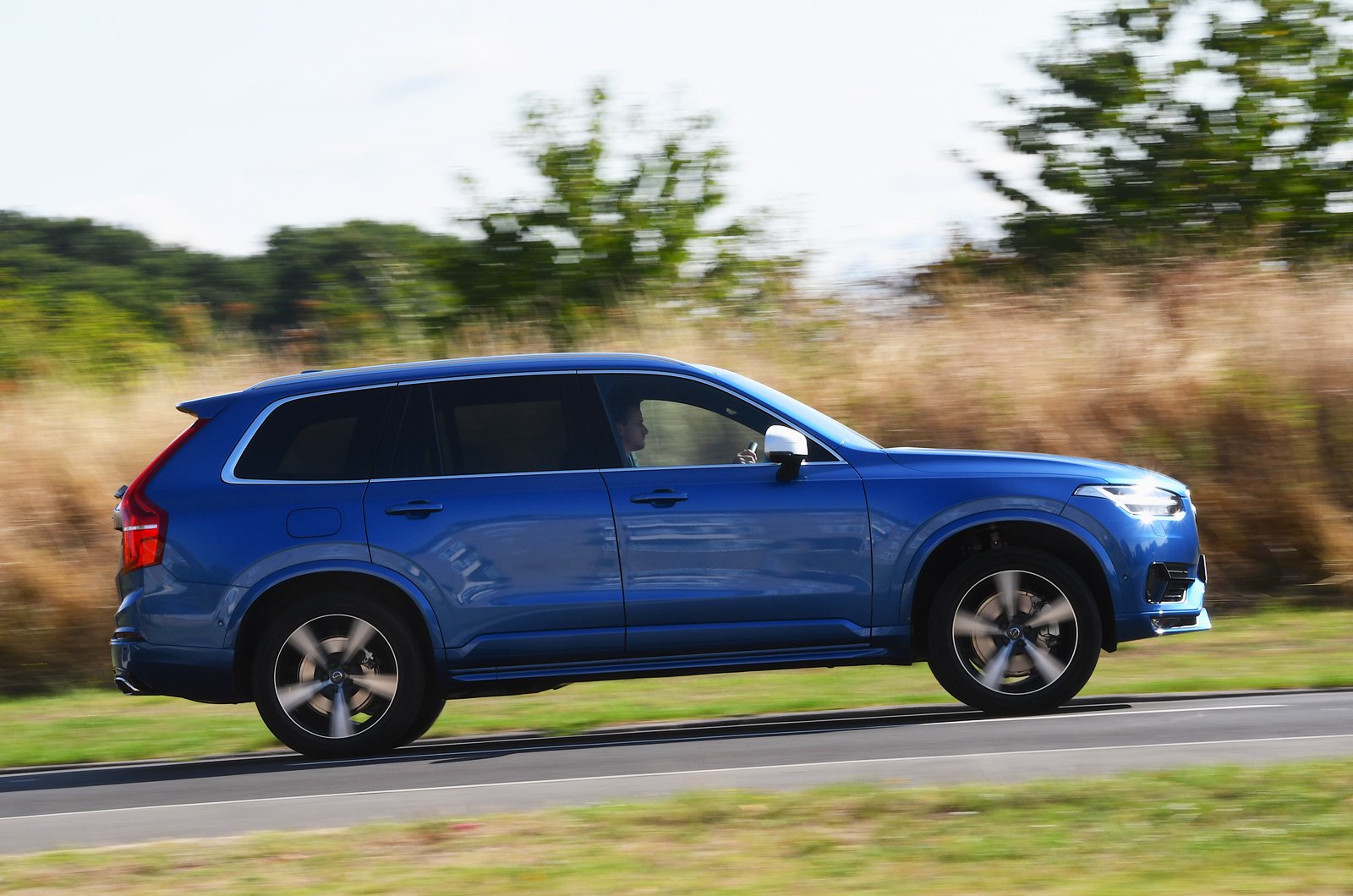 Both cars give you an elevated driving position that ensures good visibility, while front and rear parking sensors are also standard to help with manoeuvring. However, while the XC90 has one of the most supportive and adjustable driver's seats around, the Outlander's is rather flat and doesn’t drop low enough for taller drivers.

The Outlander also features a small, 7.0in touchscreen infotainment system that's plagued by complex menus and small, hard-to-hit icons, whereas the XC90's 9.0in screen makes life a little easier – even if it's still more distracting to use on the move than dial-controlled systems such as BMW's iDrive.

Still, both cars come with lots of luxuries, including heated seats (just the fronts in the XC90, but the rears as well in the Outlander), leather upholstery, sat-nav, climate control (dual-zone in the Outlander; four-zone in the XC90) and adaptive cruise control. Plus, standard safety kit includes blindspot monitoring and automatic emergency braking with pedestrian recognition, with the Outlander also getting lane departure warning and the XC90 lane-keeping assistance.

The materials in the Outlander are substantial enough, but it doesn't feel anywhere near as plush as the XC90, which even gets a crystal glass gear selector. 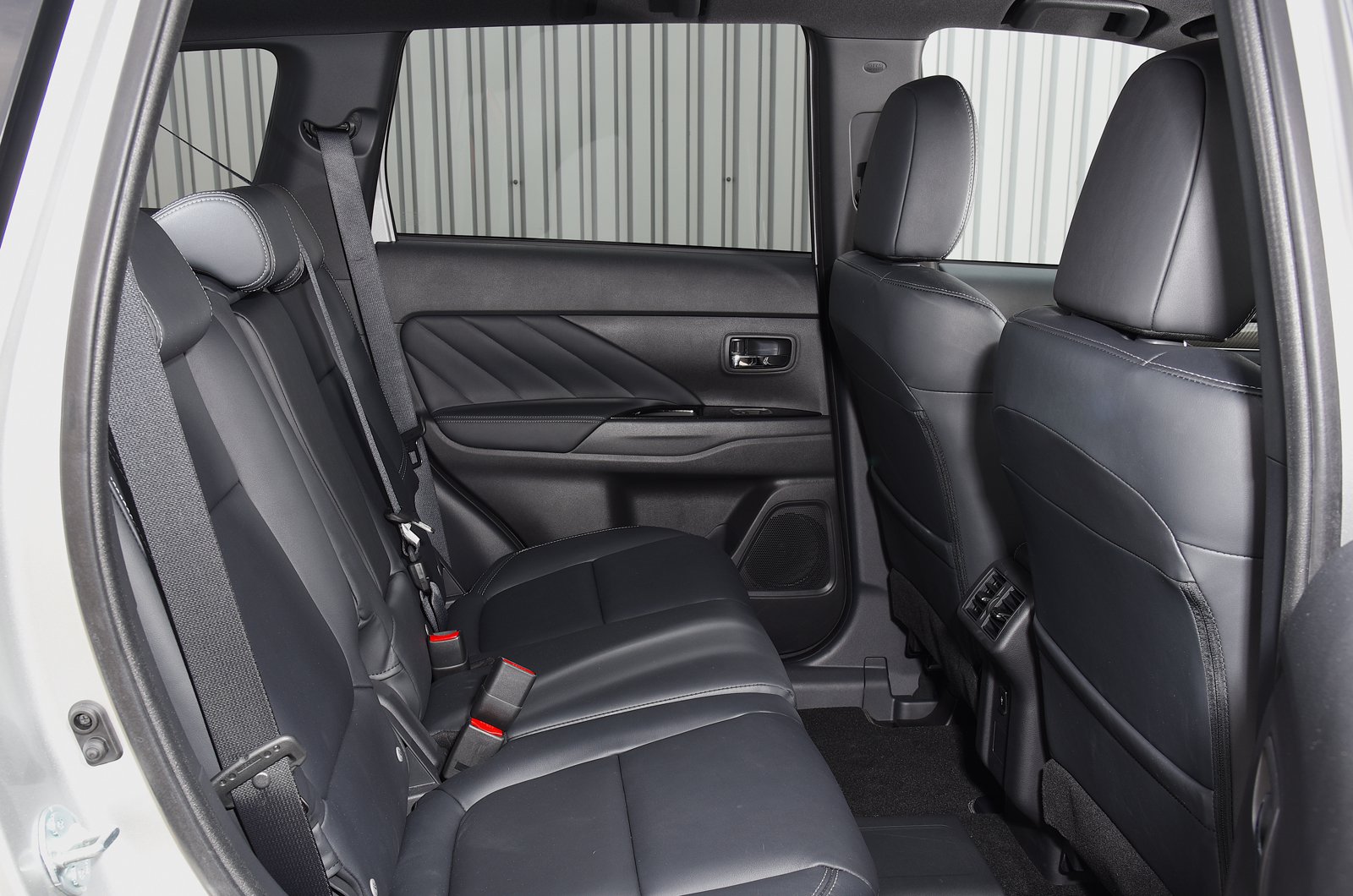 Diesel-engined versions of the Outlander have seven seats, but the PHEV has to make do with five, because the batteries for its hybrid system live under the boot floor, where the third row would usually fold away.

By contrast, Volvo has managed to retain the XC90's third-row seats, and they're spacious enough for average-sized adults and children to be content, even if six-footers will find them distinctly tight. 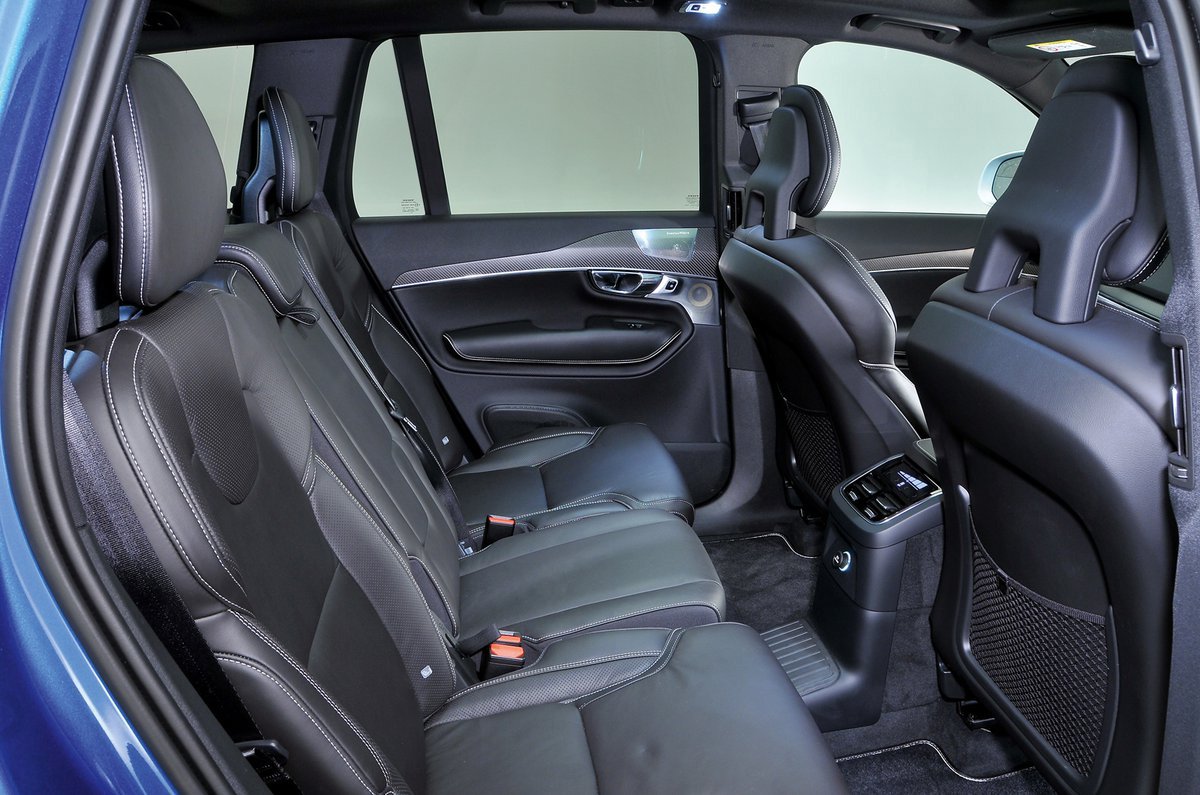 Even with all seven seats in use, there’s room for a couple of large bags in the boot of the XC90. And with the rear two folded away, a couple of sets of golf clubs or three large suitcases will fit with ease.

The Outlander's boot is quite a bit smaller (463 litres compared with 640), but it's still pretty usable, aside from the large lip at the entrance that you have to heave luggage over.