More for you |
Used Ford Fiesta long-term test reviewWhat can I do about a security issue on my car? Best cars for less than £250 per monthWhy is my new car’s fuel economy so poor?Top 10 used electric cars
Home
News
Jaguar: 'Judge us on our products'
news

Jaguar: 'Judge us on our products' 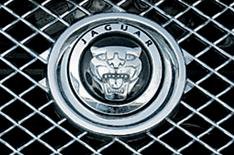 Jaguar's boss Mike O'Driscoll has urged people to judge the company on its products and not on Jaguar Land Rover's plea for a state bail-out.

O'Driscoll was speaking at a briefing on the company's two new 3.0-litre V6 diesel engines, which deliver improved performance and economy over the current 2.7 diesel.

Read more on the engines by clicking on
Jaguar's clean, powerful new diesel

Jaguar will also unveil new V8 petrol engines at the Detroit motor show next week, as well as significant updates to two of its model ranges.

'We're in the middle of remaking Jaguar and we have a super future ahead of us,' said O'Driscoll.

'We are turning into an exclusive luxury car maker, building sporting saloons and sports cars. We are not trying to create a company that's enormous in terms of sales volumes. Our focus is on quality rather than quantity.

'Judge us by the products we are bringing to the market.'