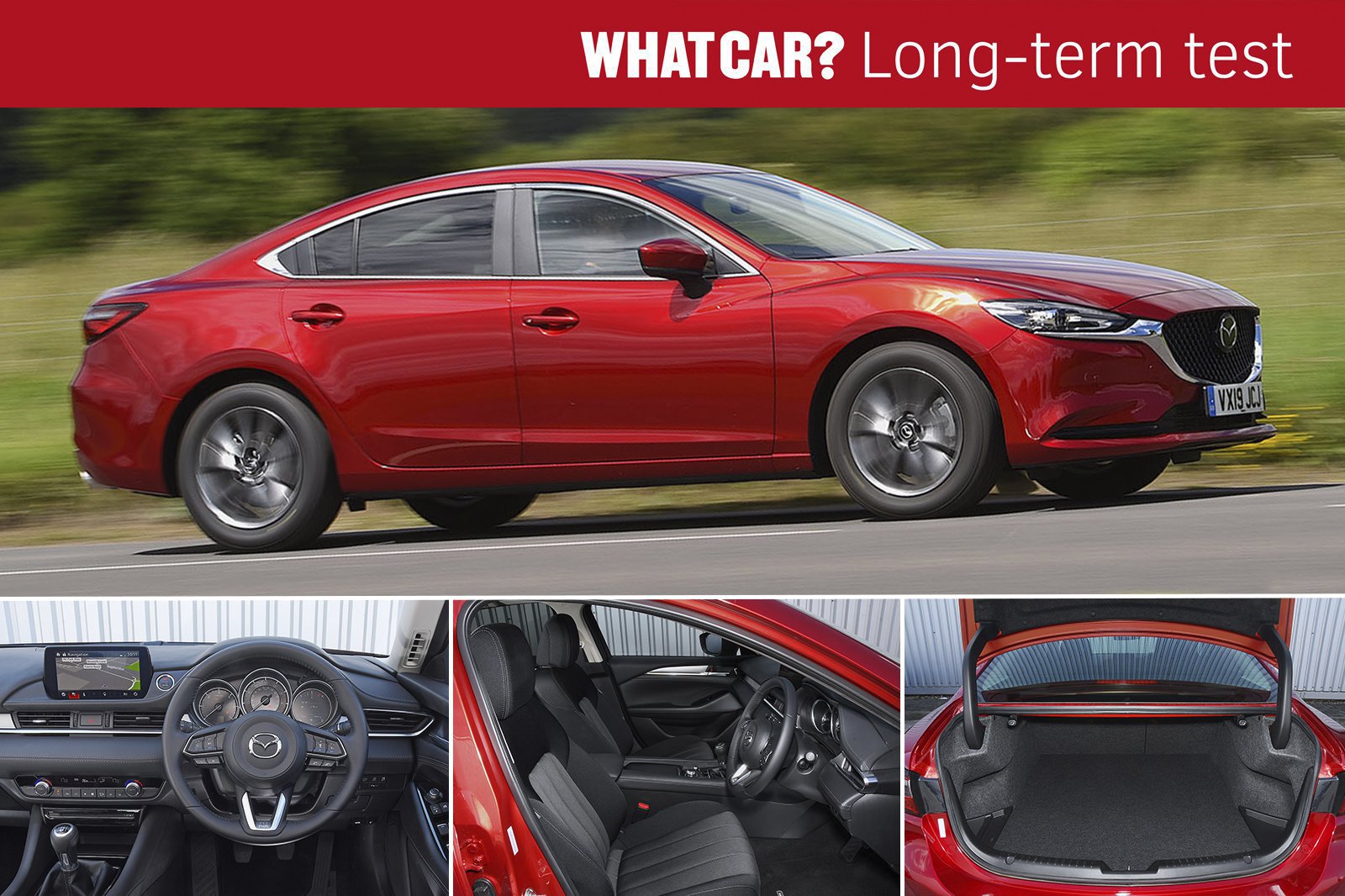 Estate. SUV. Estate. SUV. For anyone keeping up with my car choices this year, you’ll have seen that I’ve had trouble deciding which class I think would work better with my job as chief photographer, as well as fit into everyday life. So when it came to picking my next car, deputy editor Darren Moss suggested I expand my horizons and try a saloon instead.

Handily, I already had a Mazda range brochure on my desk, and the Mazda 6 caught my eye. I had been looking at SUVs such as the CX-5, but the 6’s sleek styling, large boot space and promising running costs helped sway me towards the executive saloon instead.

I went for the base trim level, SE-L Nav+, which as the name suggests includes sat-nav, plus luxuries such as front and rear parking sensors and Bluetooth, and opted for the beautiful Soul Red Crystal paint for £800 that Mazda is now recognised for. The 2.2-litre diesel engine also felt like a good compromise between performance and fuel economy, and I decided on a manual gearbox; I haven't used one of those in a while.

However, the first thing I’ve really noticed with the 6 is the lack of a hatchback tailgate – something that proved a big boon in my previous car, a Hyundai Santa Fe. While there is an impressively long boot floor under the 6's sloping roofline, the shallow opening means you have to lean into the boot quite a long way in order to reach things at the back. It’s also not particularly tall, so trying to work with my photography equipment in the boot – changing lenses, for example – isn’t as easy as it would be in a big SUV. 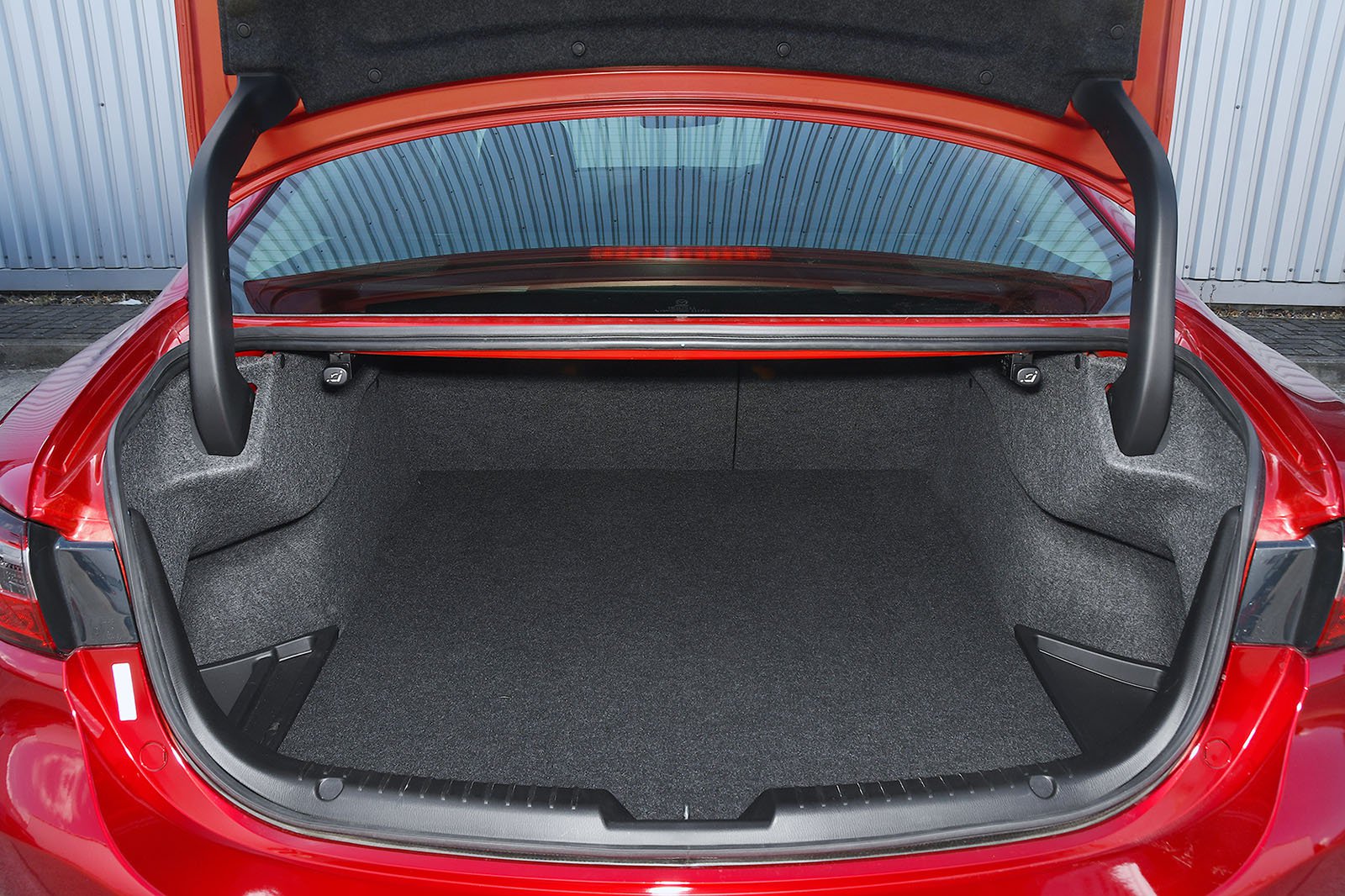 Likewise, the tailgate of an SUV is large and lifts high up, so it can act as a roof to hide under while I'm working in bad weather. This is especially appreciated when checking photos on my laptop and cleaning equipment in our usual British summers. However, in the 6, the small bootlid just folds back against the roof, leaving everything exposed to the elements. Likewise, it leaves a gap between it and the rear windscreen, meaning water runs down and straight into the boot. It’s not something I'd thought would be a huge issue, but it's an inconvenience I’ll have to get used to.

When I’m not standing in the rain, however, and instead sitting in the driver’s seat, the 6 is a very comfortable place to be. The SE-L Nav+ doesn’t come with electrically adjustable seats (or heated cushions), but there’s still plenty of adjustment to enable me to get comfortable.

The 6 features an 8.0in infotainment screen that features a touchscreen interface – which Mazda is now keen to ditch due to their distracting nature. But it also has a rotary dial to make scrolling through menus easier while you're driving, and it certainly is simple to use. The system itself is a little basic, but that means making selections and doing things like changing the radio station when I'm mid-journey is a breeze. 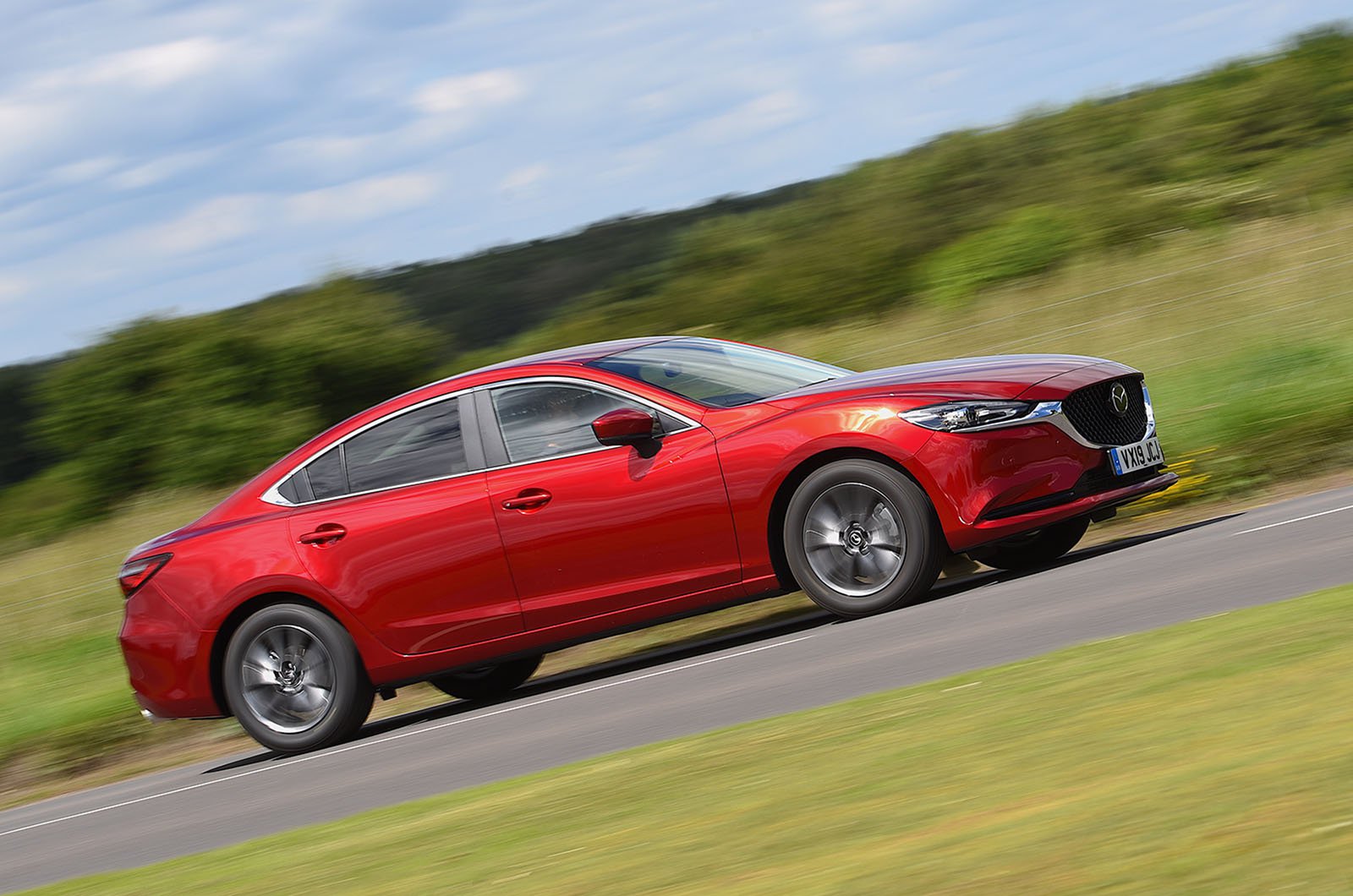 There aren't many storage spaces for my odds and ends inside the 6, and the cubby beneath the centre armrest, which hosts the USB inputs for the multimedia system, isn’t particularly big, but at least there's a sunglasses holder and a document slot in the sunvisor.

Space in the back seems more than sufficient from my brief time spent there so far, with plenty of head room despite that roofline. There’s also a central armrest that houses some cupholders, which is a helpful touch when you're carrying a car full of passengers. I regularly chauffeur some 6ft-tall lads around to football practice, so that will be the real test of how practical the car is.

There are plenty of plus points that I’m enjoying while driving the 6, so it will be interesting to see if I can overcome the initial niggles I’ve found after becoming so used to large SUVs. There’s still plenty of hope for the saloon yet.