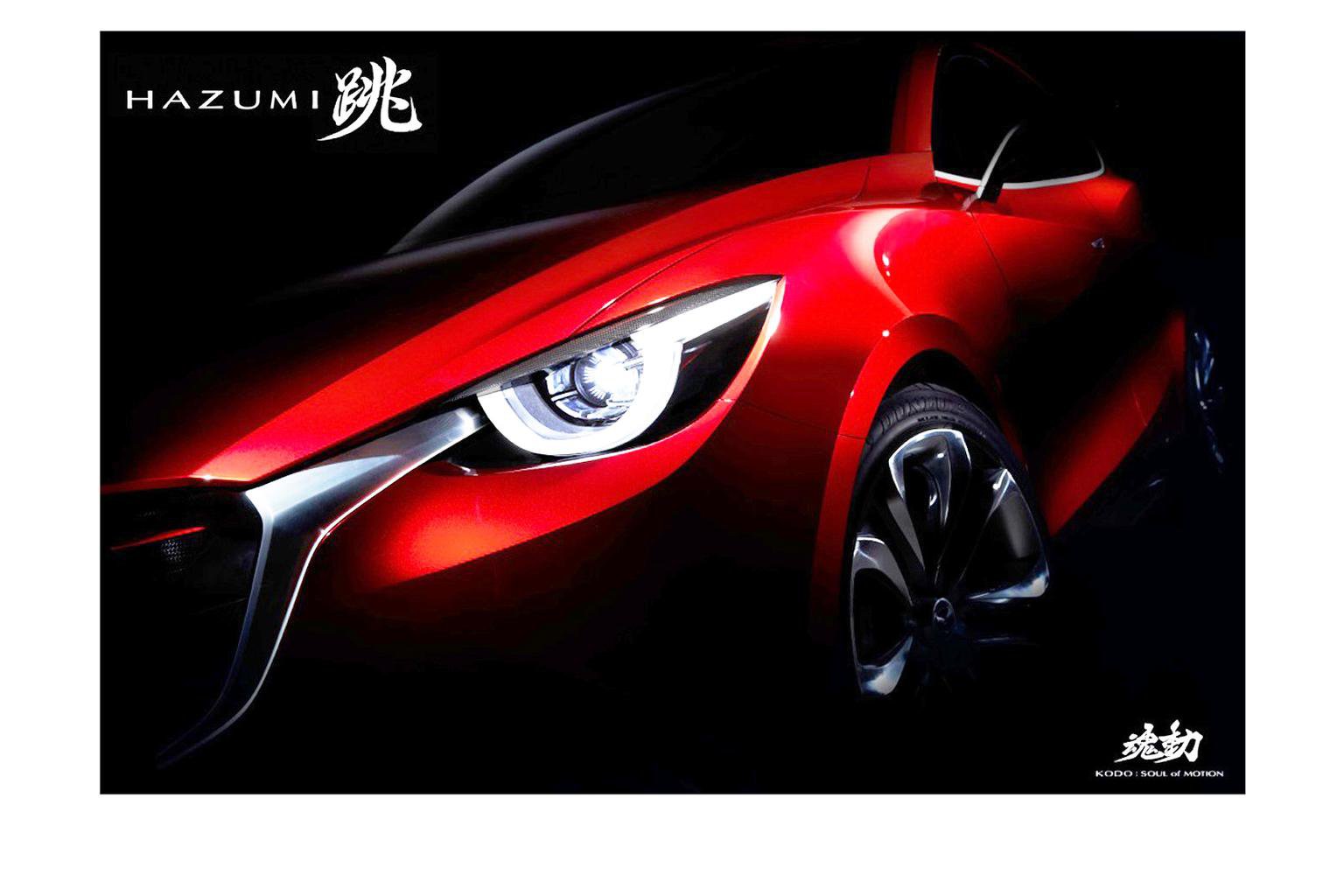 This is the first look at the Mazda Hazumi concept car, which previews the next-generation Mazda 2 hatchback. It will be shown at the forthcoming Geneva motor show in early March.

Mazda’s teaser image only shows the front wheel arch and headlight of the Hazumi concept in detail, but it clearly inherits the styling cues from the latest Mazda 3, 6 and CX-5.

Our brightened versions of the picture reveal more features, such as the curved roofline, scalloped door panels, and more of the prominent five-sided grille at the front.

The Hazumi concept gets oversized 10-spoke alloy wheels, plus very thin stalks for the door mirrors. With the exception of these show car details, What Car? understands that the production-spec Mazda 2 will be almost identical.

The new Mazda 2 will have the same Skyactiv fuel-saving technologies as seen in the 3, 6 and CX-5 models. We expect it to go on sale in early 2015.

Alongside the Hazumi concept, Mazda will reveal the new 1.5-litre Skyactiv-D diesel engine. It’s likely to have between 100bhp and 120bhp, to provide a lower powered diesel option for the Mazda 3 hatch, CX-5 SUV, and even the Mazda 6. It could also be offered in the new Mazda 2.