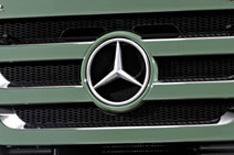 Mercedes-Benz and five commercial vehicle dealers are embroiled in claims of alleged price-fixing and infringement of competition laws, after an investigation by the Office of Fair Trading (OFT).

Price-fixing and sharing of commercially sensitive information is alleged to have been carried out by two or three dealers, along with two infringements involving Mercedes-Benz.

Each of the alleged infringements differs in content, but all contain elements of market sharing, price coordination and/or exchange of commercially sensitive information. Mercedes' claimed involvement was to help facilitate the arrangements between the different dealers.

Ali Nikpay, OFT senior director of cartels, said: 'Based on the evidence currently before us, we have reason to believe that these dealers co-operated to limit competition in their areas.

'This case, which involves dealers mainly active in areas within the North of England and parts of Wales and Scotland, shows the OFT's commitment to pursuing allegations of serious competition law infringements irrespective of the size of the companies involved or the geographic scope of the case.

'These are the OFT's provisional findings only. All parties will now have a full opportunity to respond to our statement before we decide whether competition law has been infringed.'

Mercedes-Benz UK has released a statement saying: 'We now have detailed information about the investigation of the OFT for the first time. We will analyse the information and then give our feedback to the OFT.

'We cannot comment further in an ongoing procedure, and we will continue to co-operate with the authorities.'

The full list of compnaies named by the OFT's investigation into alleged infringements are: