* What Car? talks to Mini designer Gerd Hildebrand * Reveals how electric scooter idea came about * Will Mini start to change the look of its cars... 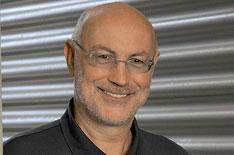 Is Mini about to go into the scooter-making business? Two electric scooter concept vehicles from Mini will go on display at the Paris motor show next week and a third drawing on the style and fashions of The Who, mods and Lambrettas in the 1960s is currently on display in the company's Park Lane showroom in London.

We caught up with Mini chief designer Gerd Hildebrand to see if the company, having revived one icon of the Swinging Sixties, is about to go to work on another.

What Car?So, are you going to start making electric scooters or is this just a bit of fun?

GH: It's a vision. Everybody connected with transportation has to think about the restrictions and demands of the future concerning mobility. We were looking to see what we might possibly add to the Mini range, and BMW [Mini's parent company] does have a history in the motorcycle business.

What Car?How did it come about?

GH: I was in discussion with the boss of BMW Motorrad [the motorcycle division] who used to be the Mini plant director in Oxford and he said to me: 'Why not make a scooter?' One of my employees rides an electric scooter, so we did some sketches and the idea grew from there.

What Car? Scooters wouldn't be a bad idea for Mini, would they? They were part of the whole 1960s thing, just like the Mini was.

GH: The form language of Mini grew out of the 1950s and it was the same with scooters. Vespa started in 1947 and Lambretta in the 1950s. Now Lambretta is owned by Innocenti, which used to make the Innocenti Mini, so everything is connected. We have to ask ourselves how we can lead young people into our brand. I have a son of 16 who wants a scooter and I was just like that when I was 16.

What Car? Does this mean we should stop thinking about Mini as a fashionable little car and start looking upon it as a brand?

GH: Even in the 1950s, Mini was a car in a range of others Austin, Morris, Wolseley, Riley etc. It was the idea of [Sir Alec] Issigonis to create the smallest car with the biggest space. He sacrificed every rule of engineering to do it, but he had an idea. Mini is still an idea, not a brand or a product.

What Car? You have done two generations of the new Mini now. Will future generations have that clearly defined Mini look or can you gradually start changing things?

GH: We haven't started the next generation of Minis yet, but there is no dogma that says we have to stay as we are. The Countryman is dramatically different from other Minis. Even the first and second generations of our Mini hatch are completely different, but there is some sort of evolutionary Darwinism there.

We have to make sure our current owners don't feel cheated when we bring out a new car. We must look after the drivers of cars we have sold in the past.

What Car? You have electric Minis out on trial now. Do electric cars give designers more freedom because mechanical components don't have to be put in specific places, or are they more of a straitjacket because of all the batteries that need to be housed?

GH: Our e-Mini is a compromise, but we wanted to test an electric Mini and front-wheel drive seemed the most attractive and logical way to do it.

With current battery technology, batteries are still far away from being small, but we are testing how much we can achieve with this system and the people who are driving the cars don't want to give them back. In the end, I think people just want a nice-looking car.