We're living with the three-door Hatch version of the latest Mini, and this is how we are getting on with it... 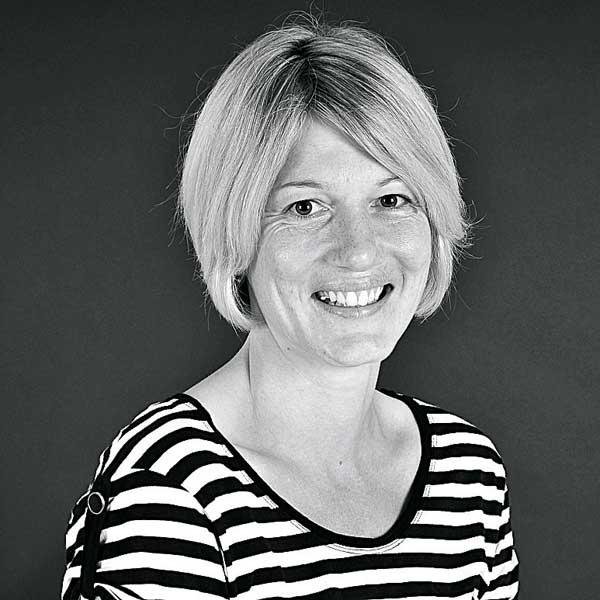 The stylish Mini Hatch is in its third generation, and we are living with the latest version for the next year.

The car: Mini Cooper 1.5
Run by: Melanie Falconer, production editor
Needs to: Liven up a short urban commute, carry a load of sports equipment, be capable of longer holiday trips
Run by What Car? since: June 2014

This third-generation car is the latest incarnation of the ‘new’ Mini, and while it might not look that much different, it’s now got a vastly improved dashboard and instrument layout, with some pretty cool infotainment and screen options available.

Mini Cooper specification
We were so keen to get our hands on the new Mini we asked if we could take one of the cars from the launch event, the pay-off being that we didn’t get to spec it ourselves. However, I am not complaining because the tech geek in me loves the huge 8.8-inch central widescreen, which is controlled by a rotary dial and shortcut buttons located between the two front seats. It not only looks cool, in a slightly retro way, it also works incredibly well; it has to be one of the most intuitive and easy-to-use systems I’ve come across.

I also think that the head-up display (a £375 option), may seem pricey, but it’s nice to have. I initially wasn’t convinced by it and kept it switched off, but after playing around with it and getting the display set correctly (you can alter the height and brightness of it), I’ve realised that it’s actually very handy to have your speed and the applicable speed limit posted right in front of you; I never look down at the traditional speedo now.

Daily driving
Out of the three driving modes I get with this particular (pretty fully loaded) spec, the Mini has been stuck firmly in Sport mode, which makes it feel like a fabulously fast go-kart. Needless to say, my urban commute is great fun.

I’ve had great fun getting to grips with the finer points of the Mini’s on-board technology, one of them being the LED light ring around the 8.8-inch central infotainment screen. I’ve already made it brighter so I can see the blue and red lights more clearly when changing the climate control, but wanted to figure out how to change the settings to make the lights mimic the sweep of the rev counter needle.

I have now managed to do this, thanks to the very helpful people on the totalmini.com forum. It’s simple: select settings, then centre display, then choose the relevant view; either standard or event view.

I went for the event view. This then gives you a list of options that are certain functions that can be used with the LEDs. I chose to activate all of the functions, including one called heartbeat, which I’m guessing is the clever rev counter mimicker.

Another feature that has made my life that tiny bit easier is something to do with the engine stop-start function. When I’m sitting quietly at the lights with the engine off, instead of having to press the clutch pedal to wake the engine up, a mere nudge of the steering wheel does this for me instead, saving me having to engage the clutch for any longer than necessary before pulling away. A small thing, but useful all the same.

The Mini impressed me yet again on a five-day break in Northern France. Despite being fully loaded, with both back seats dropped to accommodate my luggage and two full large boxes, the Cooper managed a reasonable 41.5mpg cruising at 80mph down the French autoroute.

I wasn't sure what to expect on the driving comfort front; after all, this was the first time I had driven the Mini anywhere other than in town, but again, the Cooper proved it was more than up to the job in hand. The adjustable driver's seat lumbar support was a godsend, and not once in two hours travelling down the A16 to Crecy did I suffer any telltale twinges in my lower back.

I was also expecting wind noise to be an issue at higher speeds, due to the Cooper's fairly upright windscreen, but the car's refinement was impressive; my long term Fiat 500L that I ran last year was noticeably worse.

With the onset of summer proper, the air-conditioning had been working overtime. Getting into the car after a long day at work, it was normally pretty toasty because the Mini has been sitting in the sun all day patiently waiting.

This is where the 'max AC' button proved invaluable; press it and the air-con kicks into overdrive, with all of the fans whirring and pushing out cool air almost immediately. It's impressive - the system takes about a minute to get the cabin temperature down to a comfortable level for the drive home.

Mini Cooper practicality
While my house is being gutted, I have had to call upon the Cooper’s seemingly fairly limited storage capacity to keep all my clothes and shoes in, dust-free.

However, I was pleasantly shocked by how much you can cram in. With the rear seats dropped (which is very quick and easy to do, via a pull-up mechanism located on the top of the seats), I managed to get a full-size hard suitcase, eight large vacuum-packed clothes bags, two rucksacks and three medium-sized boxes in. The clever magic boot floor also swallowed another Ikea bag’s worth of clothes, too. With another large cardboard box perched on the passenger seat, I still had room in the footwell for my food shopping bags – a girl still has to eat!

Mini Cooper mpg
I've been trying to improve the Mini's fuel economy around town. It's not too bad; at the moment, I'm averaging around 36mpg for short urban hops.

I'd like to try to reach the low 40s, so I have been experimenting with the Cooper's Eco green driving mode, instead of using the usual Mid mode. So far, I've managed to 'save' 3.5 miles, according to the Eco read-out. I've achieved this through obediently obeying the on-screen prompts to change gear within the optimum green range that the car is calculating.

This makes for a much more considered and admittedly slower driving style than I usually employ, but when the range-to-empty fuel indicator says you have only five miles left in the tank before you will theoretically conk out, I'd say that's a small price to pay.

Mini Cooper problems
I decided to use the time to get to grips with some more new technology. The Mini Connected function is an optional extra and offers Facebook and Twitter connectivity, plus web radio and a host of other extras while on the move.

However, after excitedly downloading the relevant smartphone app and getting my phone synced with the car via USB, it wouldn't work. Puzzled, I checked all of the settings both on the Mini and my phone, an Android-powered Nexus 5. After running the self-diagnosis troubleshooting tool, it informed me that there was 'no active connection' numerous times. It then said that my phone wasn't 'supported regardless of the connection method'.

This was made all the more odd after I checked the Mini website and it assured me that my Nexus 5 phone was compatible with the Mini Connected function. I then checked other users' feedback about the app on the Google Play store, and it seems to be a pretty common occurrence that Android-powered phones suffer in this way.

I'm disappointed, because one of the best bits about the Mini, for me, is the way it's stuffed full of useful technology. I bet Apple iPhone users don't have the same issues.

I've been a little unlucky with the Mini's electrical systems, it seems. The Cooper's engine stop-start was a bit glitchy for a while, although the issue has seemingly resolved itself now.

The problem first emerged when I was weaving around parked cars on a narrow street. As I stopped, changed from second to first gear and came to a standstill, the engine stop-start then cut in as usual. However, when I came to pull away again, the car didn't budge, or respond in any way, despite engaging gear and putting my foot down. The system had obviously got itself into a bit of a pickle, so I had to turn off the ignition and re-start.

The same thing happened a day later, this time in a supermarket car park in a queue. I was on the verge of taking the Cooper in to the nearest dealership when it started behaving again, and hasn't played up since. I am going to monitor the situation and if it happens again, I will book it in.

I normally check and pump up the Mini's tyres once a month if required, but this week I noticed that my driver's front tyre was looking softer than usual. I'm forced to bump up steep kerbs every day because I live on a very narrow street where parking is restricted to spaces marked out half on the pavement. There's no avoiding it. I wonder if this has anything to do with my tyres losing pressure a bit more frequently.

I decided to consult the Cooper's tyre-pressure system to check what it had to show. My pressures should be 2.4bar in both the front tyres, and 2.2 bar in both the rears, based on a normal load and two people in the car. The system indicated that I was running pressures quite a bit lower than this; in fact, it said I was down to 1.4bar in the driver's front tyre, although the low pressure warning hadn't appeared on the dashboard.

Out of curiosity, I decided to wait a day or two and see what the system said. Every time I checked, the readings were quite different, even indicating once that I was running on over-inflated tyres.

I have decided to pump all the tyres up to the correct pressure and reset the Cooper's onboard tyre pressure system. This way, I can keep an eye on it and see if it's the system that's gone a bit haywire.

A smell akin to cat wee is not something most people would want circulating throughout their car, but for a while, the Mini's air-con system acquired this rather odious aroma so I booked the Cooper in to the nearest dealers (Berry Chiswick) to get the issue looked at.

They kept it for four days, and tried everything they could, short of stripping the entire car down, to locate the source of the stench. They checked all of the air-con system's seals, pipes, filters, and radiators for contamination, which didn't expose anything untoward. The air con's micro-filter was then inspected and treated with an anti-bacterial spray, which seems to have rectified matters... for now.

However, a root cause couldn't be found, despite the exhaustive checking, so it's possible that the smell could return. I am praying that it won't.