Most drivers will pay more VED in 2009 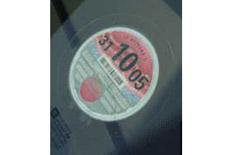 More than half of all car owners will pay more VED road tax from April next year, according to figures released by the Treasury.

Owners of cars registered after March 1, 2001 will see their cars fall into one of 13 new VED bands - there are currently seven - with rates varying between 0 and 440 depending on CO2 emissions. Some drivers who currently pay no more than 210 could see their bills rise to 440.

Drivers of pre-2001 registered cars will be worst hit: there are nine million owners of such vehicles, with 5.6m set to pay more.