Smaller than the Ateca but has the same engine, a similar price and a plusher interior.

Our 2019 Sports SUV of the Year is excellent to drive, practical and well equipped.

Sports SUVs may seem like a peculiar niche, but there’s no denying that these high-riding performance cars have gone from strength to strength over the past few years. From the original Porsche Cayenne of 2002 to the outrageous new Lamborghini Urus, it has been shown time and again that there’s a strong market among wealthy individuals for scintillatingly quick yet perfectly practical high-riders.

But what about those of us who don’t have unlimited wads of cash to spend on an ultra-quick SUV? Well, put simply, our choices were non-existent until very recently.

The new Audi SQ2 is the second such ‘entry-level’ model to be launched in the past few months, following the Cupra Ateca, which took home the inaugural Sports SUV of the Year trophy at our 2019 awards. Like the Ateca, the SQ2 has the Volkswagen Group’s 296bhp 2.0-litre turbocharged petrol engine, four-wheel drive and a seven-speed dual-clutch automatic gearbox. But unlike its Spanish rival, it promises to deliver an upmarket interior and a more refined driving experience.

So, with a price tag that’s only fractionally higher, could the SQ2 be the new king of sports SUVs? 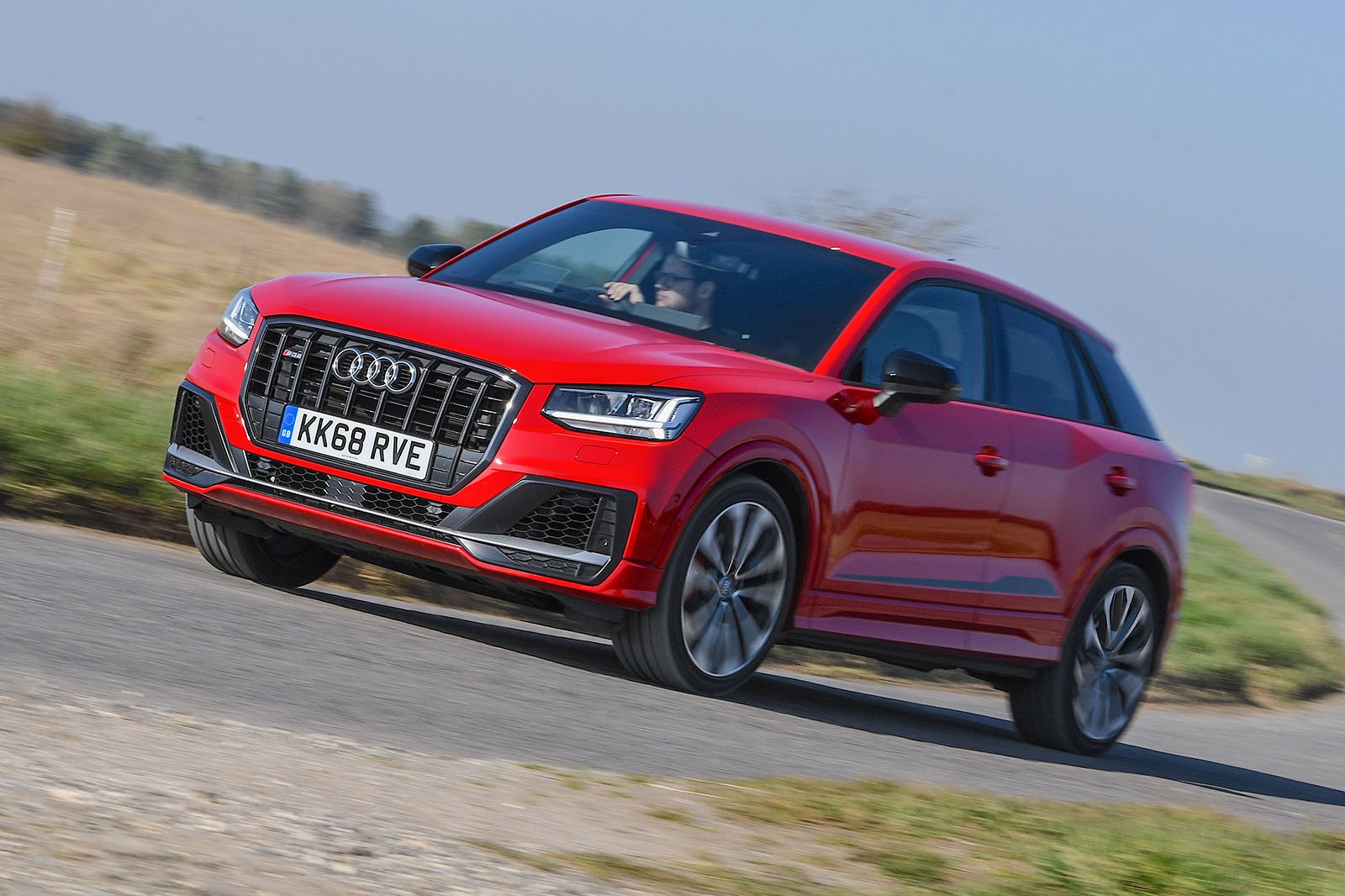 With these cars being identical in the power department, it’s no surprise that their 0-60mph times are separated by just 0.1sec, the fractionally heavier Ateca not quite being able to match the SQ2’s exhilarating time of 4.8sec.

On the road, however, the difference isn’t even noticeable. After a small pause while the turbocharger spins up, both cars accelerate with the kind of ferocity that would put many a two-seat sports car to shame, and because maximum pull is available from 2000rpm right up to 5200rpm, you can leave each in a high gear and still make rapid progress.

It’s a pity that neither sounds that enthusiastic when doing so, though. Yes, the SQ2 sounds a little meatier than the Ateca, thanks to its augmented soundtrack (the stereo pumps synthesised engine noise inside), but neither note is as convincing as that of a comparable hot hatch, such as the Hyundai i30 N or Mercedes-AMG A35.

They may be close in terms of performance, but our contenders  have surprisingly different personalities when it comes to handling – and it’s the Ateca that feels more like a sharp performance car. From its quicker, more feelsome steering to its superior body control on uneven B-roads, it relishes being driven in an enthusiastic manner. 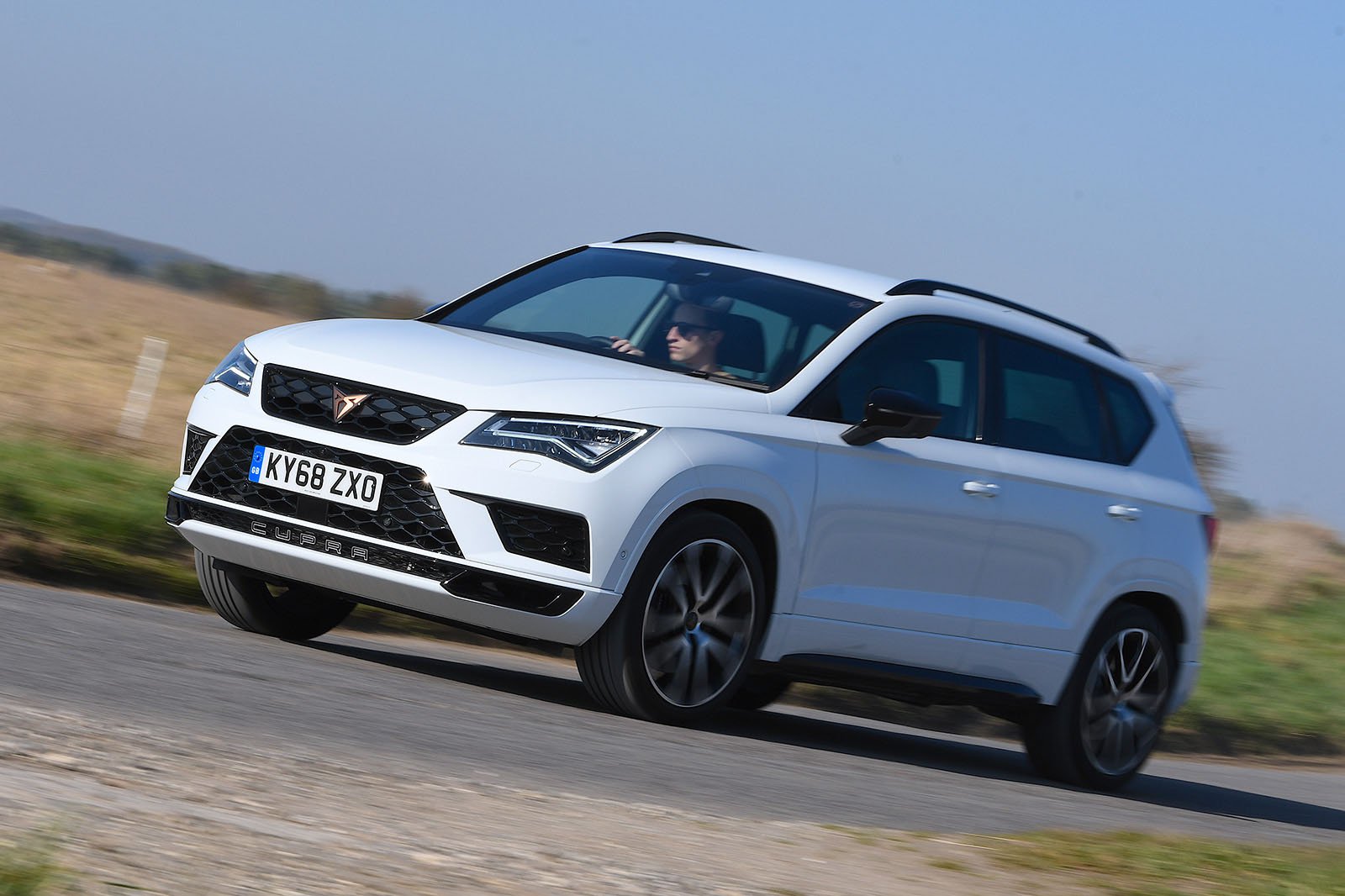 With less outright grip than the Ateca, the SQ2 is more prone to running wide if you enter a corner too quickly. And while its four-wheel drive system is able to redistribute up to 100% of the engine’s torque to the rear to help correct this tendency, the overly intrusive stability control stops you from tightening your line.

The cars use the same gearbox, which shifts smoothly and is smart about its gear selection, but the Ateca’s reacts quicker to flicks of the manual shift paddles.

You therefore end up driving the SQ2 in a more relaxed manner. However, because Audi has fitted stiffened sports suspension to keep roll in reasonable check, its ride is rather fussy and unsettled, being at its worst in town and on medium-pace country roads. The Ateca, on the other hand, is more supple, thanks to standard adaptive suspension that can be softened up with Comfort mode.

Where the SQ2 scores back some points is on overall refinement. On the motorway, it produces fractionally less wind noise, while its slimmer tyres and surprisingly less droney exhaust tone make it a relatively hushed cruiser.