Under the Ford Puma ST's bonnet lies the same 197bhp 1.5-litre turbo three-cylinder engine as the Ford Fiesta ST but with torque boosted from 214lb ft to 236lb ft. Ford claims this extra grunt allows the Puma to match the Fiesta’s 0-62mph time of 6.7sec, and we’ve no reason to doubt it.

The engine is pleasingly muscular from low revs and develops power in a nice linear fashion. While it never feels quite as quick as the Hyundai Kona N with its whopping 276bhp and 5.5 second 0-62mph time, the Puma ST has better accelerator response and doesn’t suffer from the same amount of torque steer (when the driven wheels struggle for grip and pull you left and right).

We’d also suggest you spring for the optional Performance Pack as you’ll also benefit from super-sticky Michelin Pilot Sport 4S tyres, launch control and a limited-slip differential (LSD). The LSD gives you extra traction on the way out of corners, and that’s handy with nearly 200bhp at your disposal.

Unusually for a sports SUV, the Puma ST isn't available with four-wheel drive, even as an option. In truth, though, you’ll only miss that if you decide to venture off the beaten track.

As for usability, this is not a particularly demanding car to drive, despite its improved athleticism. You can feel the optional LSD working away to drag the nose into apexes, but there’s none of the skittishness under power that requires you to hold on tight like in the Kona N.

It’s rather firm, and never quite settles down around town, but once you get some speed into the car, the suspension starts to breathe with the road. 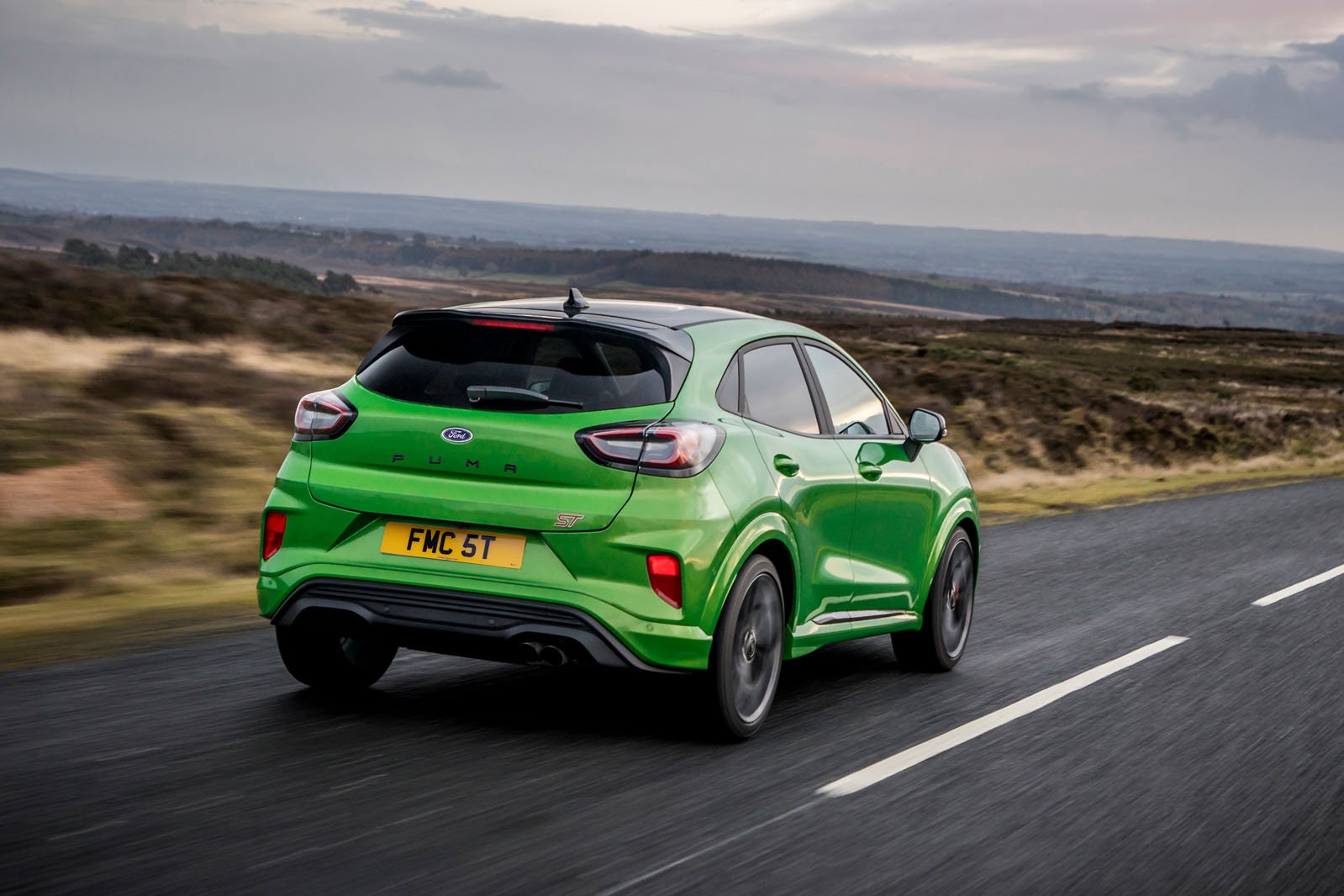