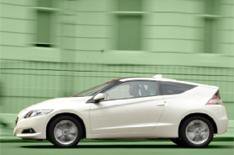 Last year's improvements bring the average CO2 emissions of cars registered in the EU to 140g/km.

If emissions continue to reduce at the same rate, the European target of 130g/km will be met earlier than the 2015 deadline, the EEA said.