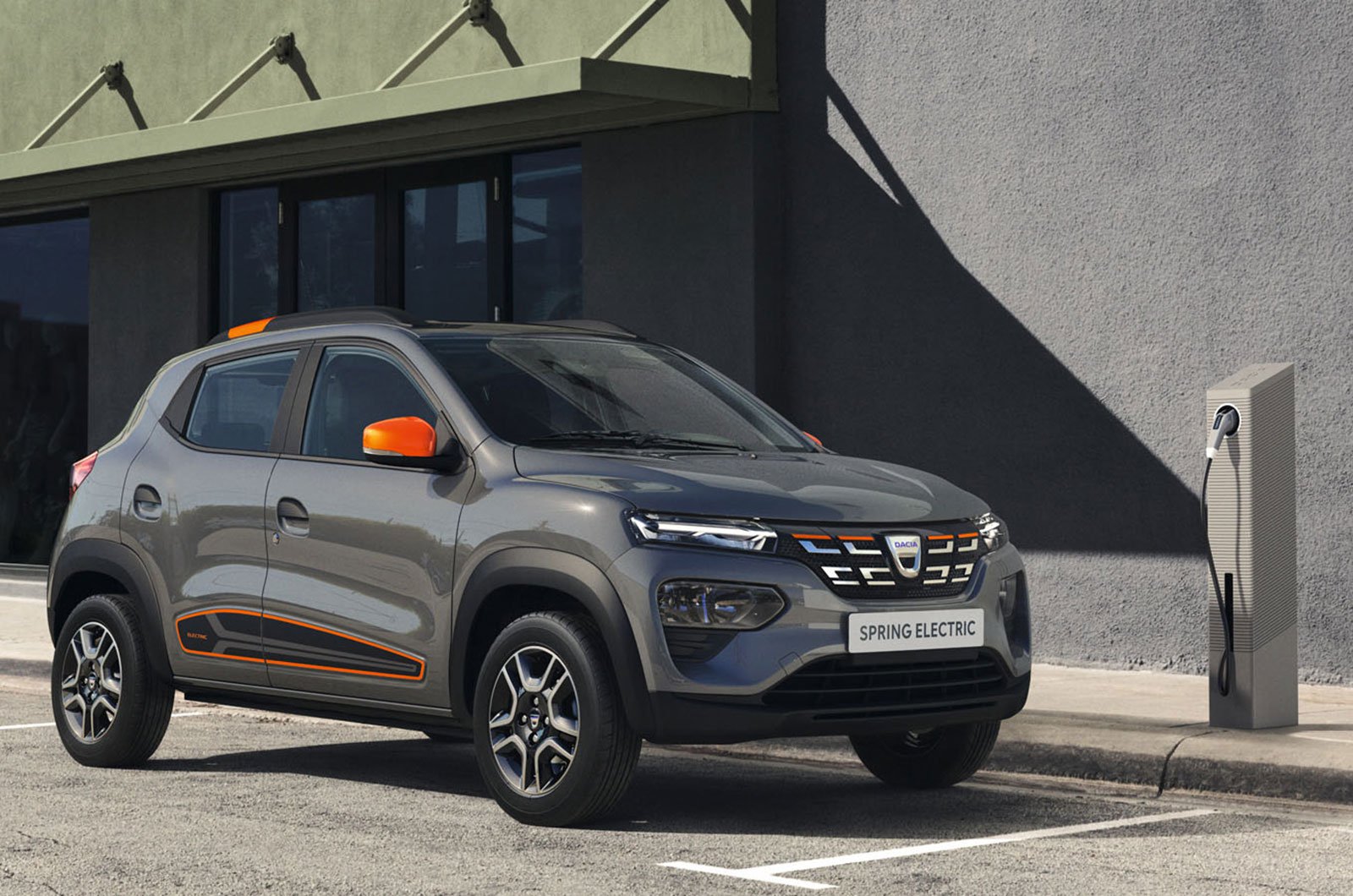 Dacia has been catering for buyers who want wheels on a budget since entering the UK market in 2012, but soon the brand could also appeal to buyers who want to be both lean and green, thanks to the new Dacia Spring Electric.

Compared with the recently revealed next-generation Sandero, the Spring sports a more SUV-inspired look, with a raised ground clearance, more muscular front and rear bumpers and wider wheel arches than the regular Sandero. Its boot is smaller than that of rival small electric cars, including the Renault Zoe and Peugeot e-208, but should still cope with the weekly big shop. Like both of its rivals, the Spring’s seats can split and fold should you find yourself in need of more space. 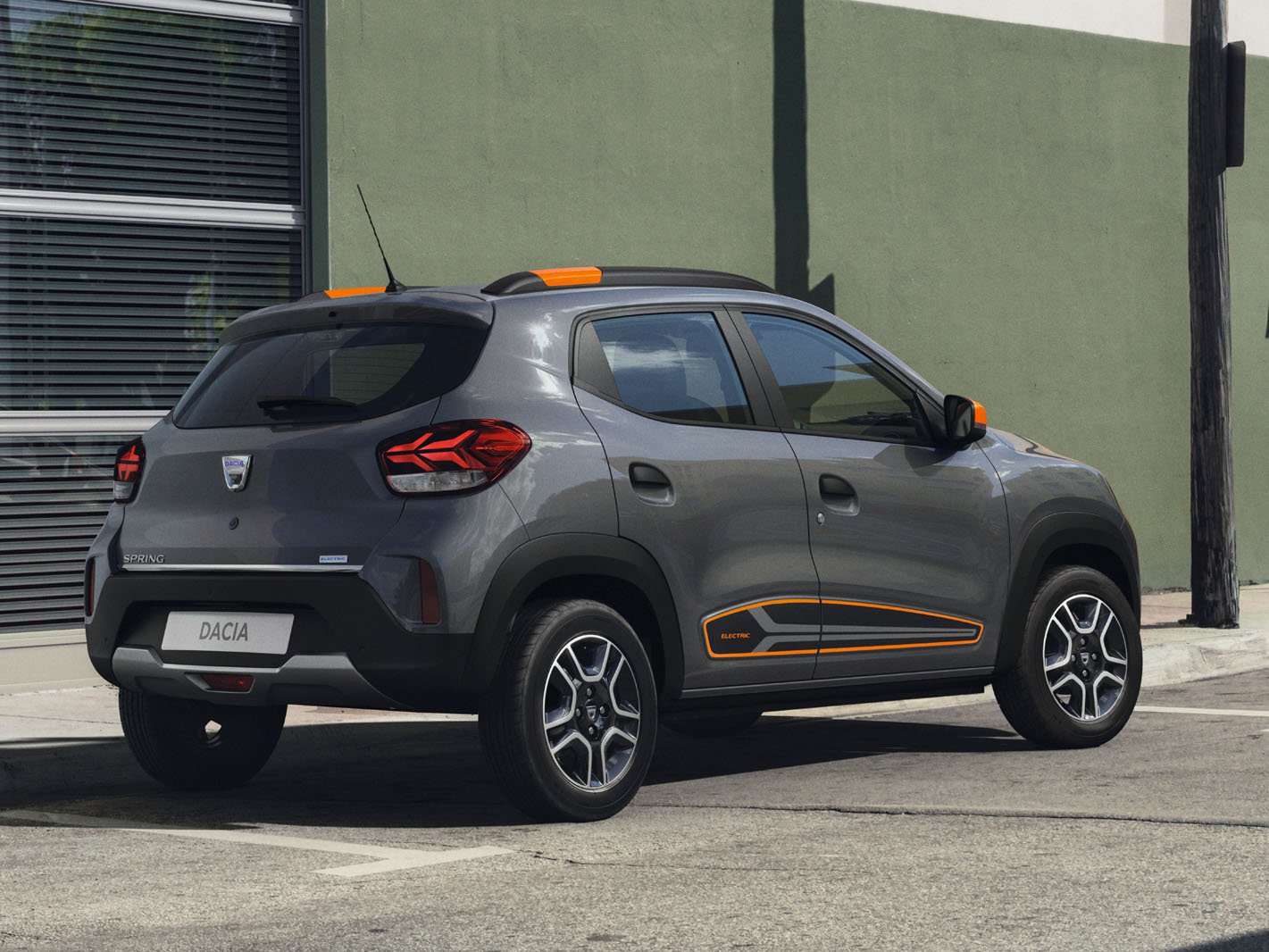 The Spring’s electric motor is fed by a 26.8kWh battery pack and produces just 44bhp, but that’s enough for a limited top speed of 78mph. It can travel for up to 140 miles between charges, according to the WLTP test cycle; that’s far less than the Zoe or e-208 can manage, but is farther than the Honda E and on par with the Mini Electric. A full charge takes 14 hours from a household socket, or five hours using a 7kW wall charger. Using a 30kW public charging point, the time for an 80% charge falls to less than an hour. Buyers can keep track of how much range their car has, as well as its charging status, using a free app. 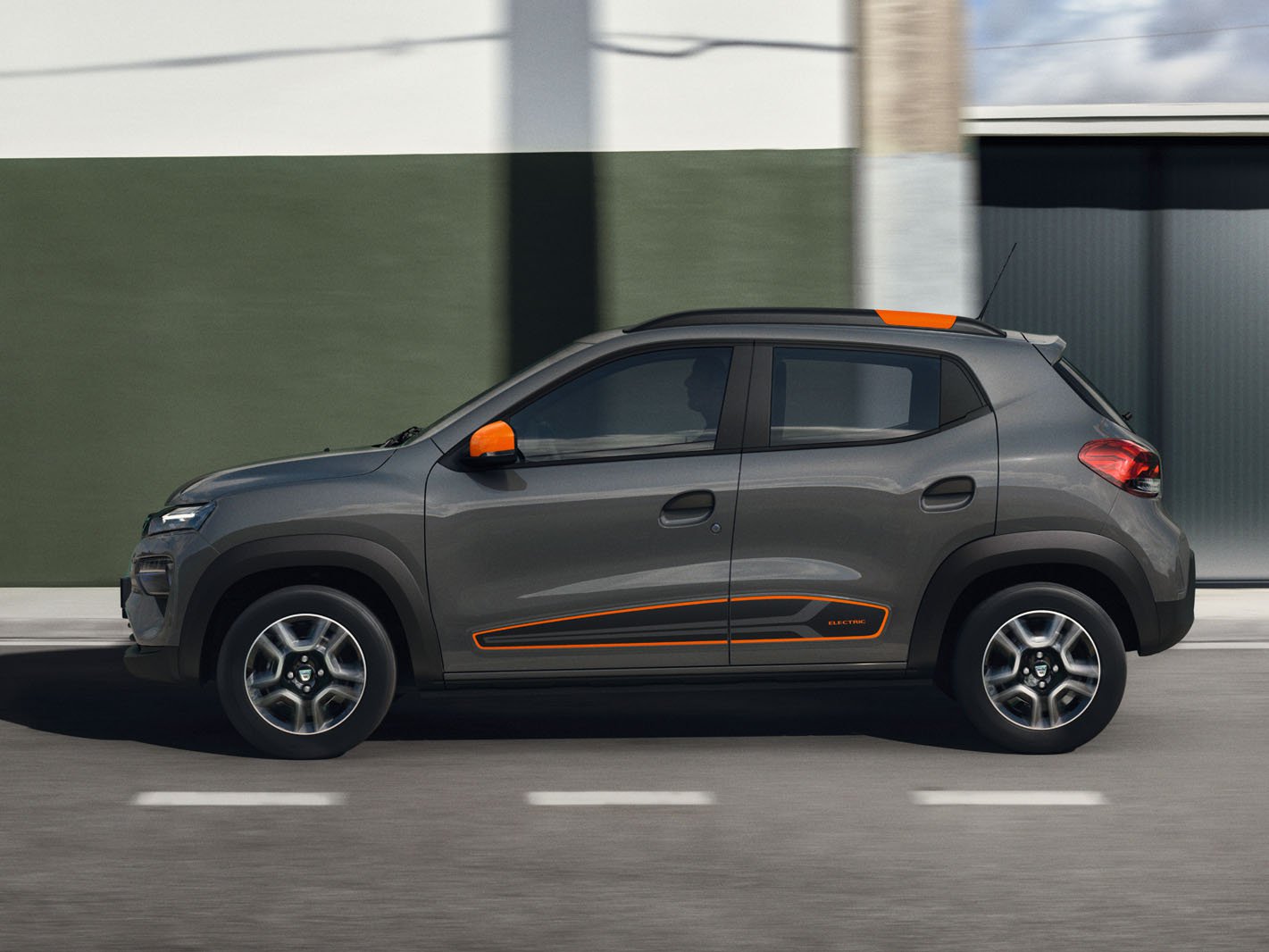 Standard equipment includes remote central locking, electric windows and a 3.5in driver’s information display between the front dials. A 7.0in touchscreen infotainment system with Apple CarPlay and Android Auto connectivity is available as an option, alongside air conditioning and a reversing camera. Automatic emergency braking is also standard. 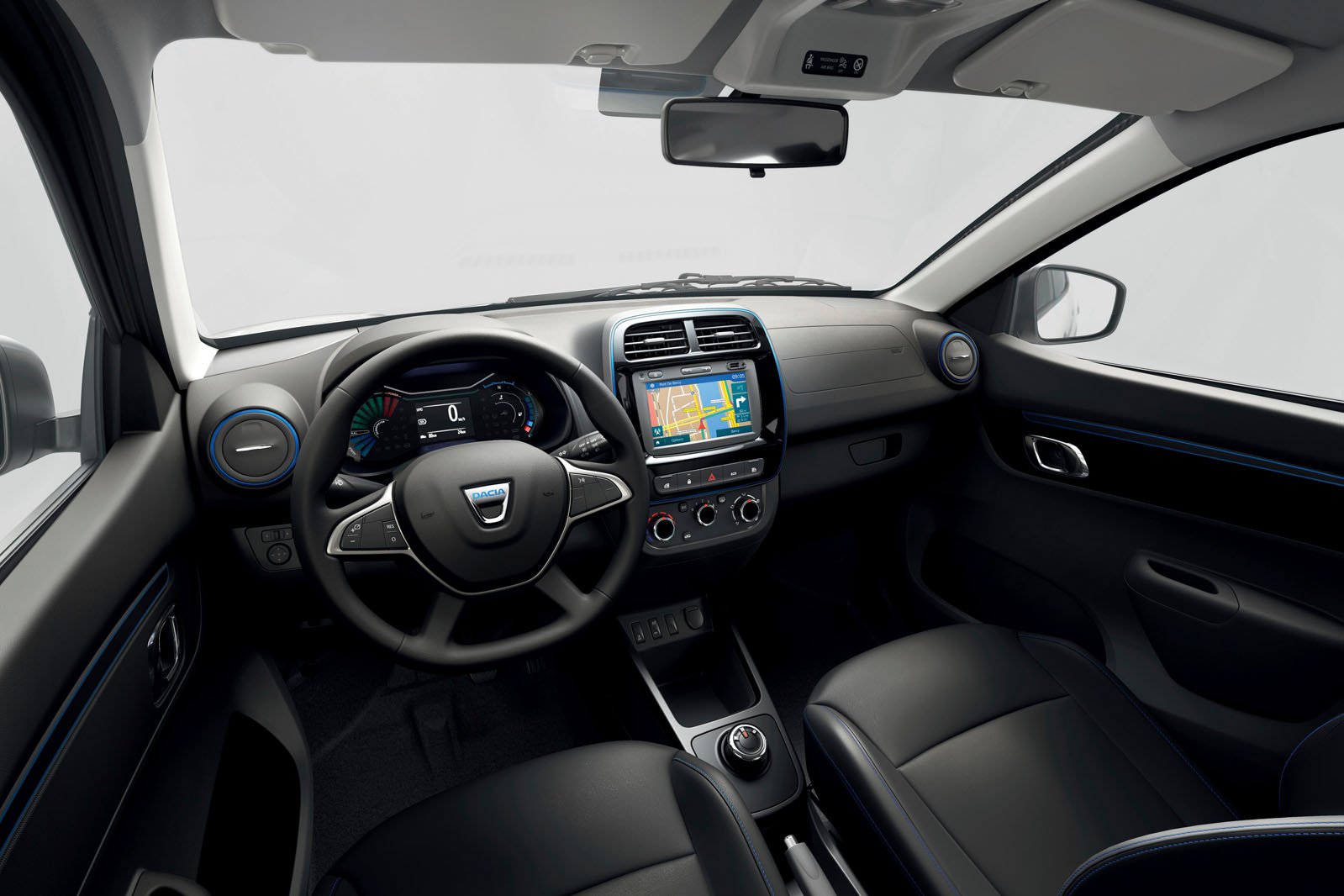 Versions designed to be used by car-sharing schemes and for transporting cargo over short distances will be offered, becoming available later.

Although Dacia says the Spring Electric isn’t coming to the UK for now, chances are that if the car proves to be a sales success in Europe when it launches late next year, it could reach British shores in the not too distant future. If that happens, expect a starting price of close to £15,000, which means the Spring Electric would comfortably be Britain’s cheapest new electric car.

Read more: See the winners of the inaugural What Car? Electric Car Awards >>