No family car is nicer to drive than the latest Ford Focus, but is a used Mercedes-Benz A-Class for the same money a better all-round buy?...

*Price today is based on a 2020 model with average mileage and a full service history using the What Car? Valuation tool and is correct at the time of writing

Buying a Ford Focus is undoubtedly one of the most sensible choices you can make if you're after a new family car. After all, it offers a spacious interior, a great driving experience and – thanks to mild-hybrid technology – low running costs.

What if we were to play the snake, though, and point out that a year-old Mercedes A-Class could be yours for similar money? Having a car with a three-pointed star on the nose is a surefire way to evoke envy from your neighbours. But can you also choose the A-Class over the Focus for pragmatic reasons? To find out we're testing both with petrol engines and in the sporty trims that are most popular. 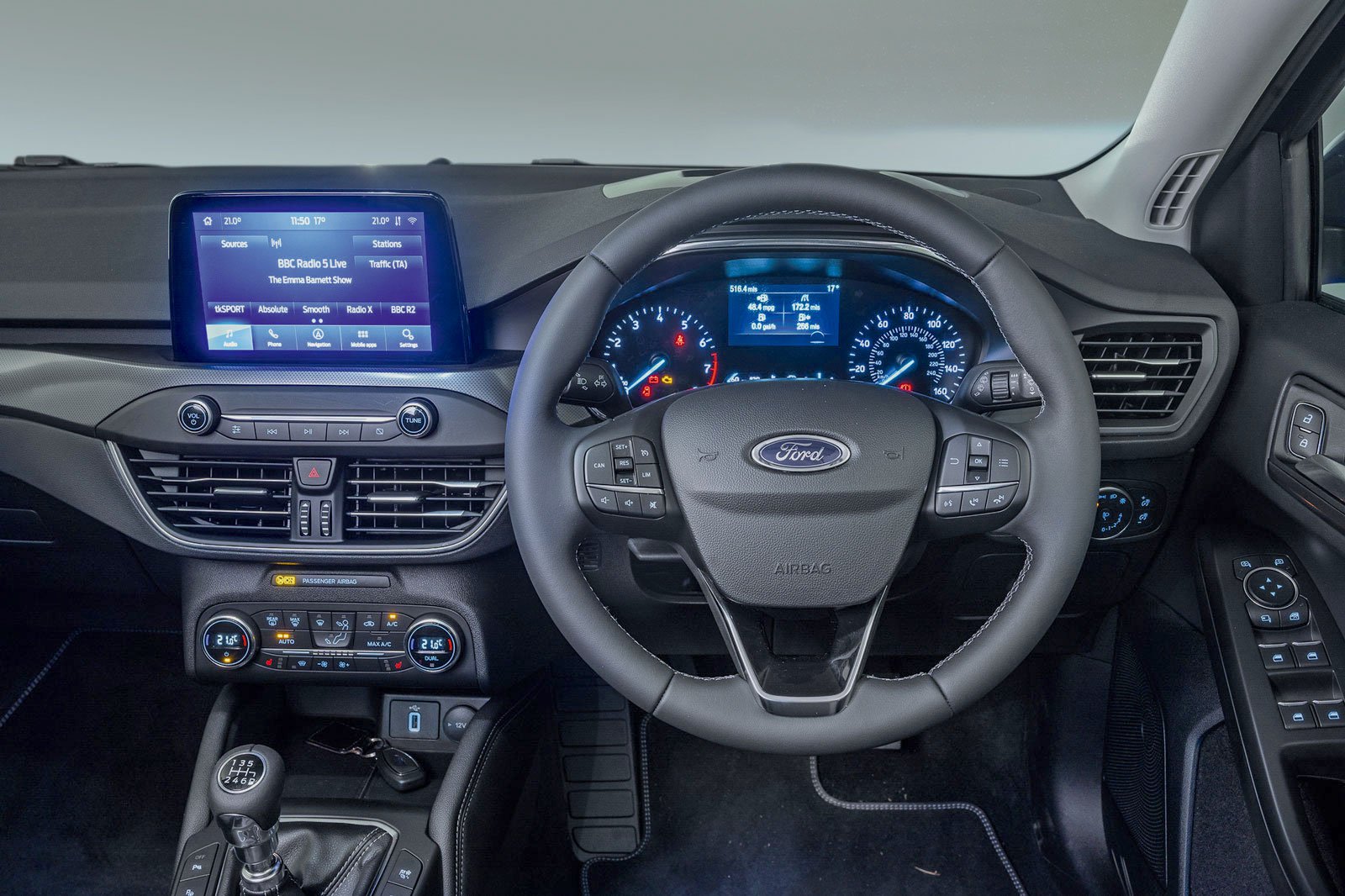 Despite having a flamboyant interior design that features an eclectic mix of shiny black and metal trim inserts, the A-Class doesn’t feel quite as well bolted together as you might expect. For example, the whole climate control panel moves when you press the buttons on it.

Still, the Focus could also be more solidly constructed, because its centre console wobbles if you rest your knee against it. And the plastics are far more utilitarian than those in the A-Class.

More positively, the most regularly used dashboard buttons in both cars are easy to operate, although in this respect the chunky rotary temperature controls in the Focus have the edge over the rocker switches that perform the same function in the A-Class.

And surely Ford also gives you more kit for your money? Well, actually, no, it's the A-Class that's more handsomely equipped. Like the Focus, it has front and rear parking sensors, automatic lights and wipers, and electric folding door mirrors. However, it adds LED headlights, dual-zone climate control, a reversing camera and a cool 64-colour ambient interior lighting package. The one thing that the Focus compensates with is a heated front windscreen. 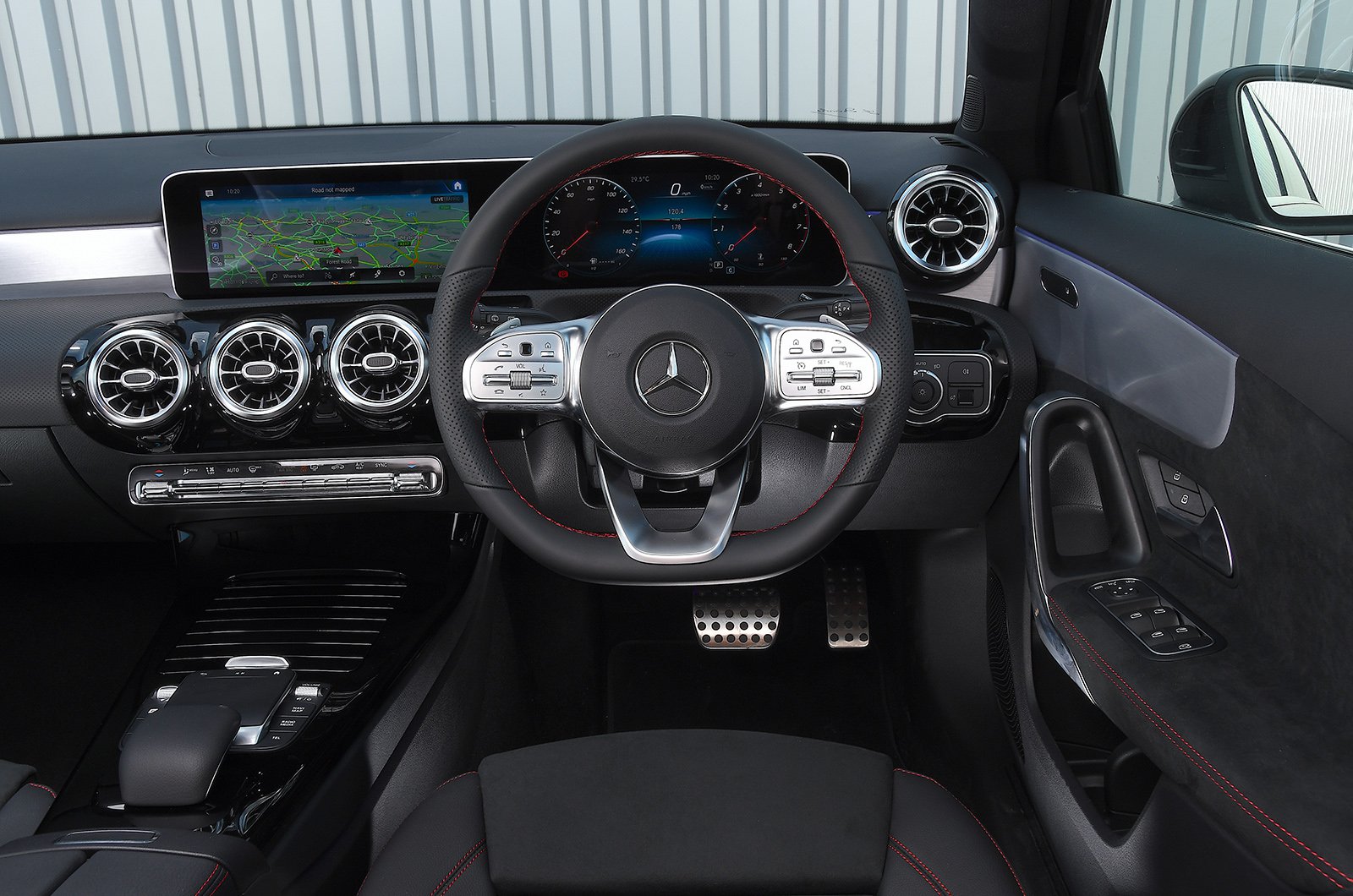 It's worth looking around for an A-Class that was specified with the optional Executive Pack when new, because this upgrades the standard 7.0in infotainment touchscreen to the fancier 10.25in item pictured. It also brings Apple CarPlay and Android Auto smartphone connectivity, so you can run your own apps through the car.

In addition to being able to control the system using the touchscreen, which works well when you're parked up, there's a large touchpad between the front seats and smaller ones on the steering wheel. These alternatives are less distracting than the screen on the move, although they're still not quite as user-friendly as the dial and shortcut keys in the BMW 1 Series.

The Focus comes with an 8.0in touchscreen with graphics that are less visually impressive than the A-Class's, plus some of its icons are quite small and fiddly. Fortunately, the menus are mainly easy to understand and the screen sits in a prominent position, so it’s easy to see and reach.

Voice control is standard, but you have to remember specific commands, whereas the MBUX 'hey Mercedes' system in the A-Class responds to natural speech. 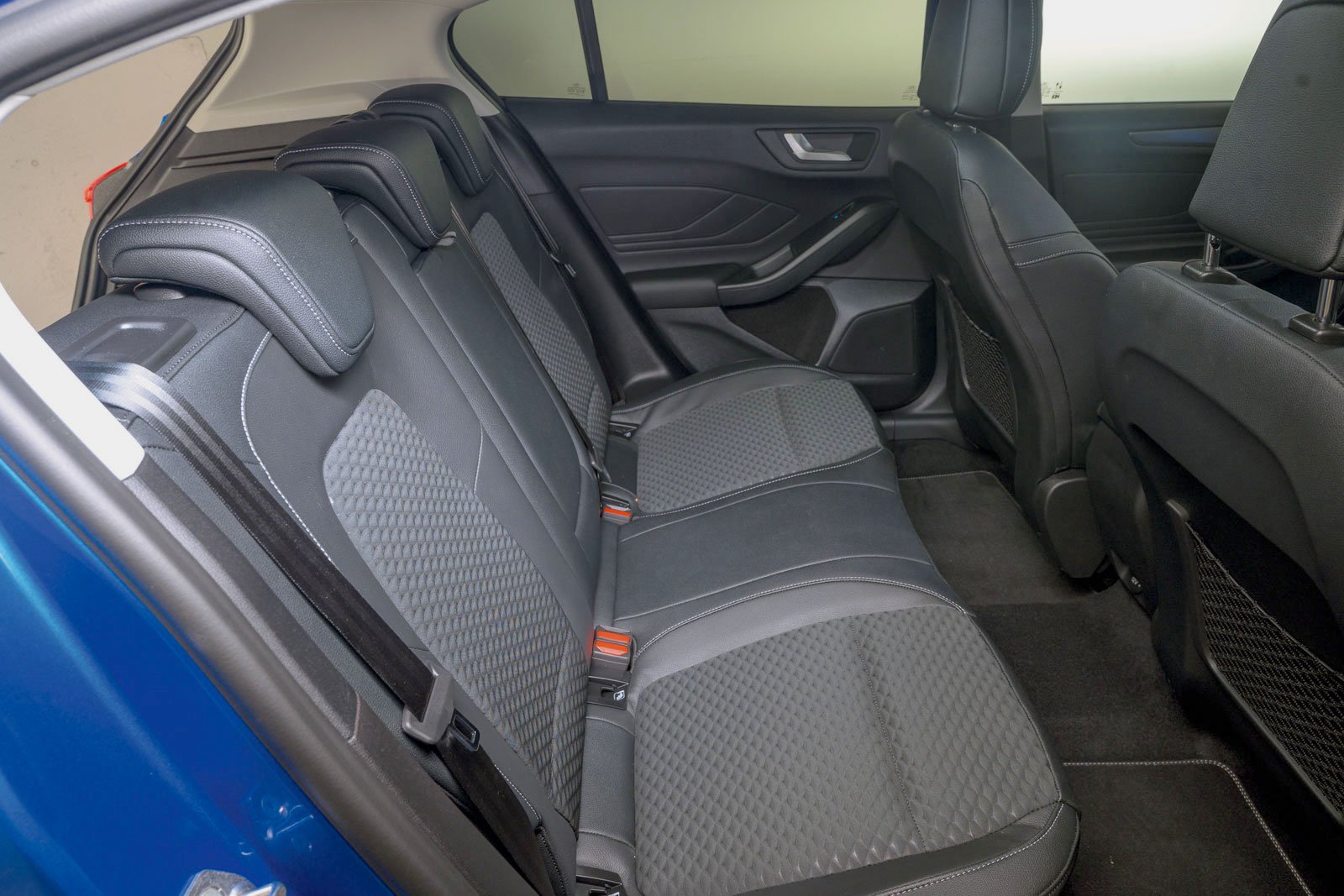 You shouldn't have any trouble finding a driving position that suits in either car, because both provide lots of seat and steering wheel adjustment, although the Focus adds lumbar adjustment for superior long-distance support.

Both cars offer good forward visibility, too, but reversing the A-Class is easier, thanks to the rear-view camera mentioned earlier.

Aside from having a smidgin more rear head room, the A-Class is soundly beaten on interior space by the Focus, which is among the best family cars for rear leg room, even when compared with the enormous Skoda Octavia. 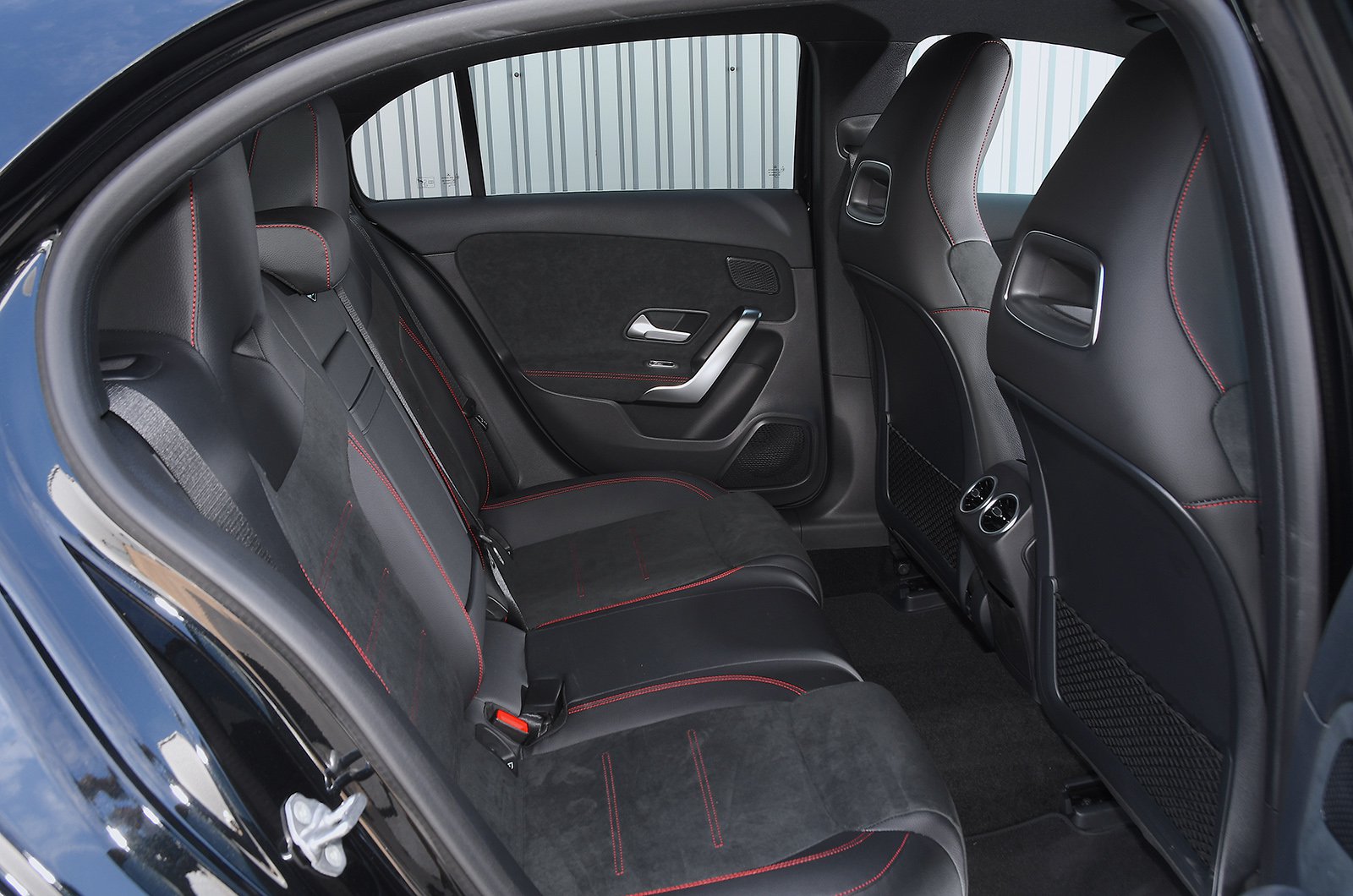 It's a shame that the Focus doesn't have a more thoughtfully designed boot, though. It swallowed six carry-on suitcases – we fit the same number in the A-Class – but has an annoying lip to lift luggage over. In addition, the Focus's rear seats split 60/40, whereas its rival has a 40/20/40 arrangement that offers greater flexibility when you're transporting longer items and passengers at the same time. 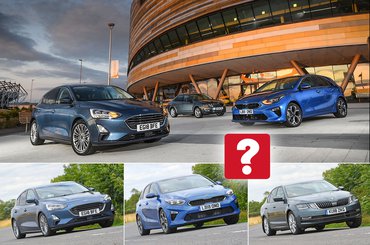 The Ford Focus and Kia Ceed may have had to play bridesmaid to the Skoda Octavia in the past, but with these new models, they’re both ready for their big day