The Ioniq has the cheaper list price, but there are discounts to be had beyond the £2500 government plug-in car grant that both are eligible for. In fact, while the Golf starts off nearly £3000 more expensive, this comes down to £1000 after you’ve haggled and applied the aforementioned grant.

The majority of PHEVs are used as company cars, and both the Ioniq and Golf are very cheap choices as such. Each falls into the 9% benefit-in-kind (BIK) tax bracket thanks to super-low CO2 emissions, although the Golf’s higher price makes it the slightly pricier option; for a 40% taxpayer, it will cost around £450 (or £12 per month) more over three years.

Those buying on PCP finance will again find the Golf more expensive, especially if they decide to pay the balloon payment to own the car at the end of the term; the Golf costs £401 per month, while the Ioniq is £343.

This theme doesn’t change when it comes to private running costs. Road tax and depreciation are similar, but the Golf costs considerably more to insure and service. Unfortunately, we weren’t able to carry out our True MPG test on the Golf, but we were on the Ioniq. With its battery depleted to a point at which its EV mode was no longer available, it recorded an impressive 51.8mpg despite mostly using its engine. 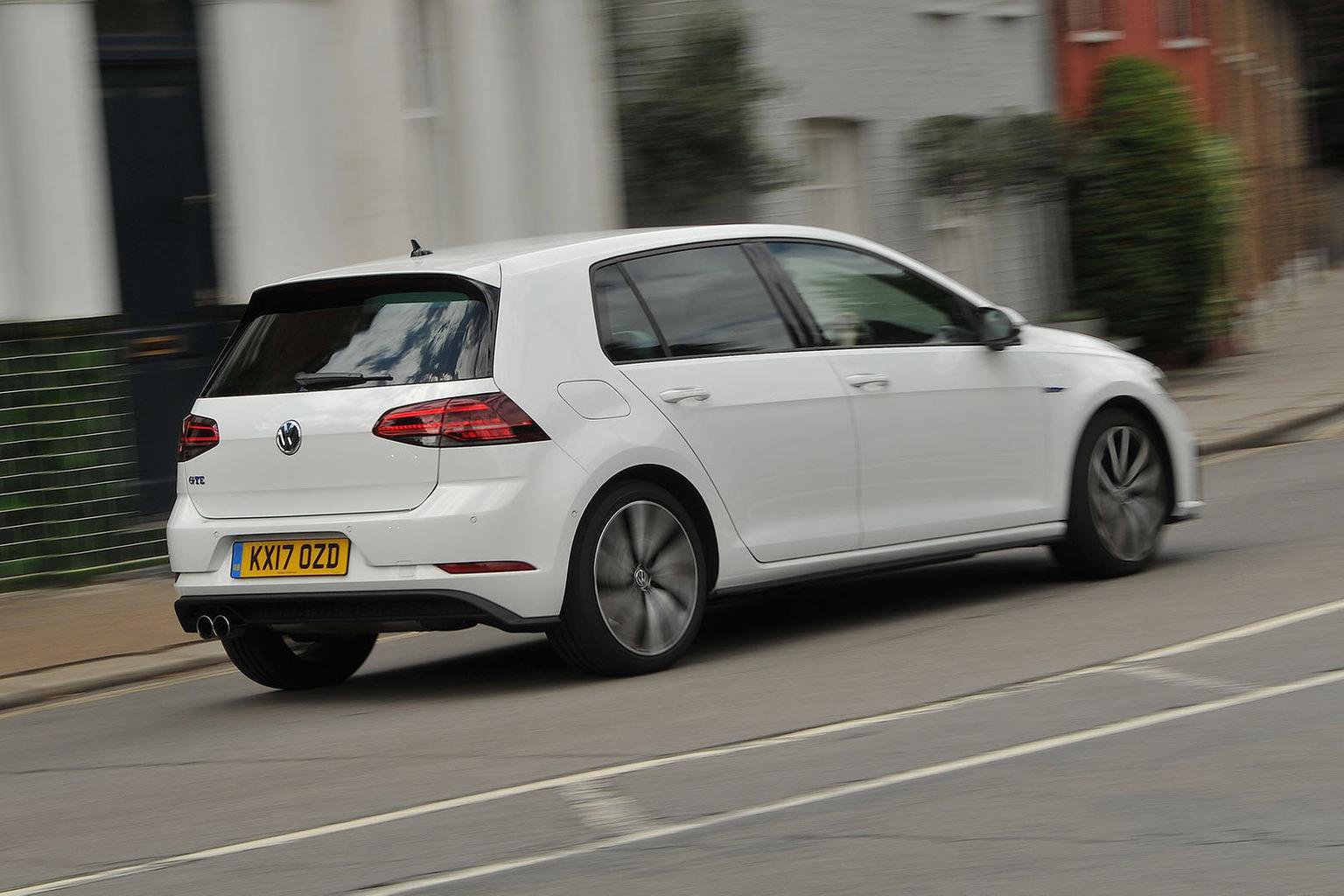 In range-topping Premium SE trim, the Ioniq comes with a huge list of standard kit. The Golf is stingy in comparison, and adding the options to bring it up to the Ioniq’s level will add nearly £3500 to the overall price.

Euro NCAP awarded both cars a five-star safety rating; the Golf was deemed better for adult and child occupant protection and the Ioniq slightly higher for pedestrian safety. Both come with automatic emergency braking as standard.