Versatile and potentially cheap to run, plug-in hybrid SUVs are tempting for families and company car drivers alike. Let’s see if the new Tucson has what it takes to beat the class-leading Kuga...

Despite the fact that the Hyundai Tucson is a bit smaller than the Ford Kuga on the outside, it manages to match or beat its rival in most respects when it comes to interior space. Both offer masses of room for six-footers in the front seats, including plenty of head room to spare, and neither is short on storage space. The Kuga has a particularly large cubby beneath its centre armrest. The door pockets are relatively small in both cases, though.

Two lanky adults will be very comfy in the back seats, too. The Kuga has a little more leg room, but a standard panoramic glass roof eats into head room, so the Tucson wins on that front. Unlike the Kuga, the Tucson can feel quite dark in the back, and you can only get a glass roof to alleviate that if you go for a higher trim. 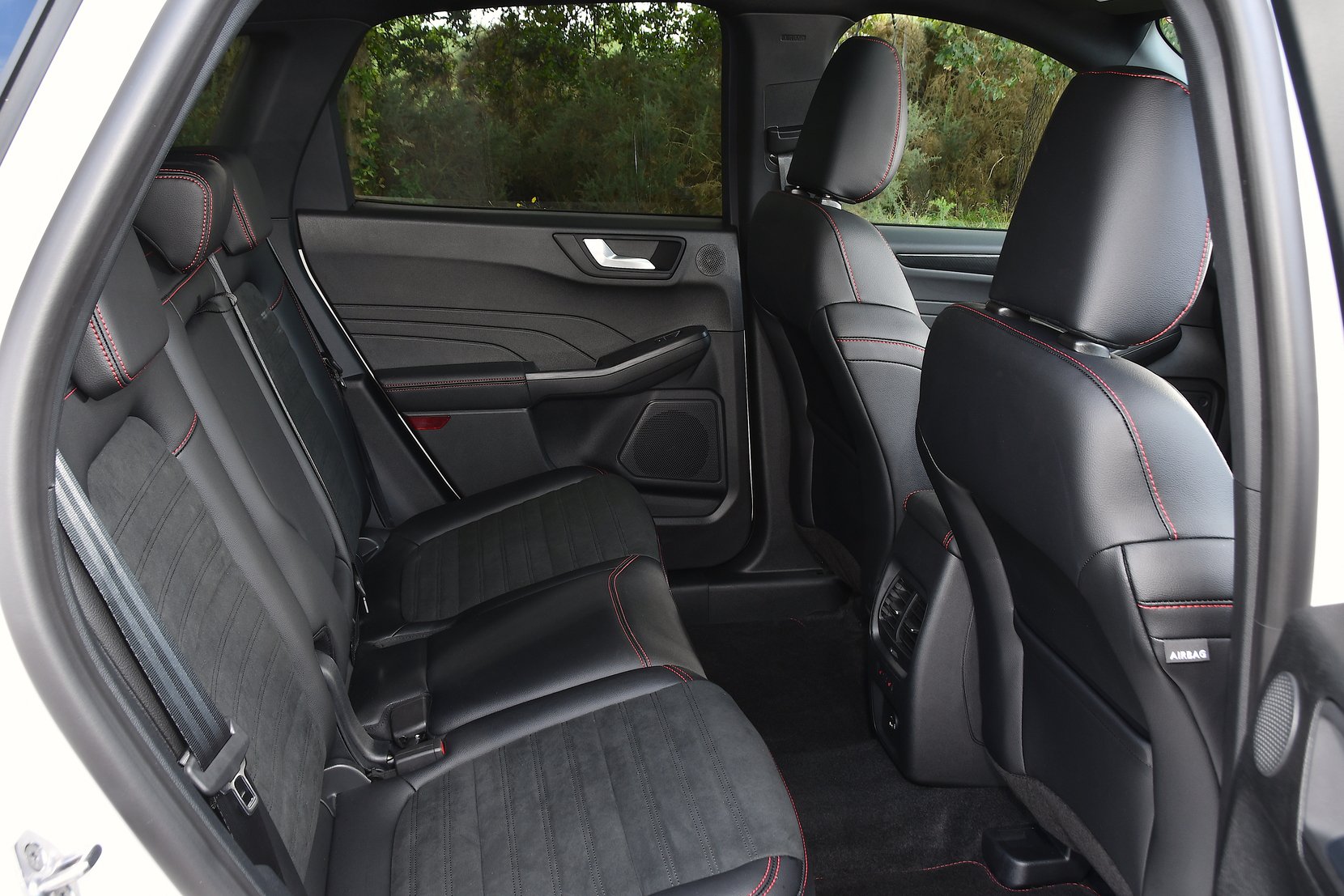 Meanwhile, the Tucson’s boot is deeper and larger in capacity than the Kuga’s – and that’s reflected in the fact that we managed to squeeze seven carry-on suitcases into it (below the tonneau cover), compared with six in the Kuga. The Tucson’s handy 40/20/40 split rear seats also make it particularly easy to carry long items as well as rear passengers.

The Kuga isn’t without its own party tricks, particularly its 60/40 split and sliding rear seats, which give you the flexibility to prioritise leg room or luggage space. And unlike in the Tucson, you can drop the seatbacks from the boot, thanks to the levers mounted back there. Both offer smooth, if slightly sloped extended load bays when the seats are folded down, although it’s a shame that neither has dedicated cable storage. 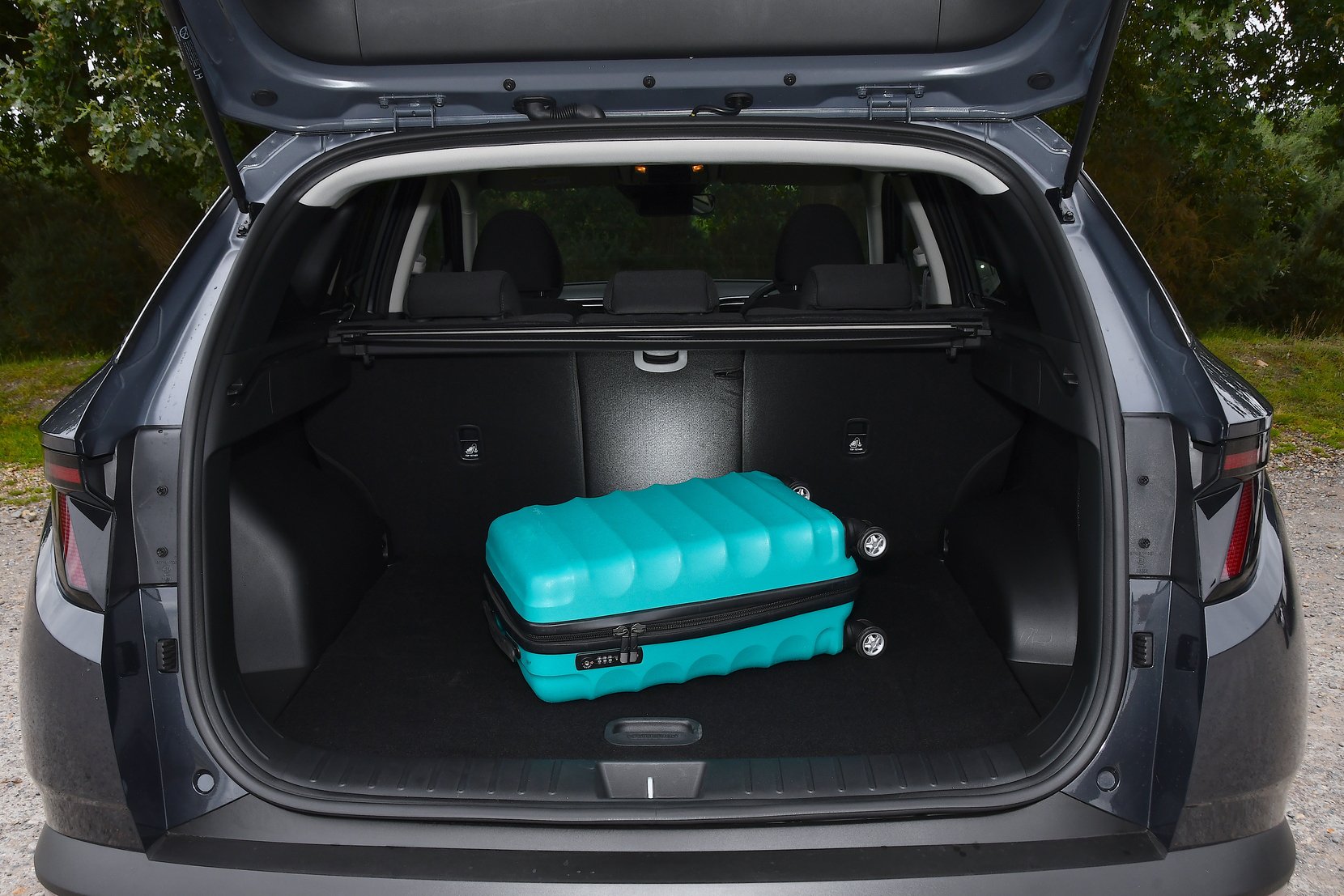 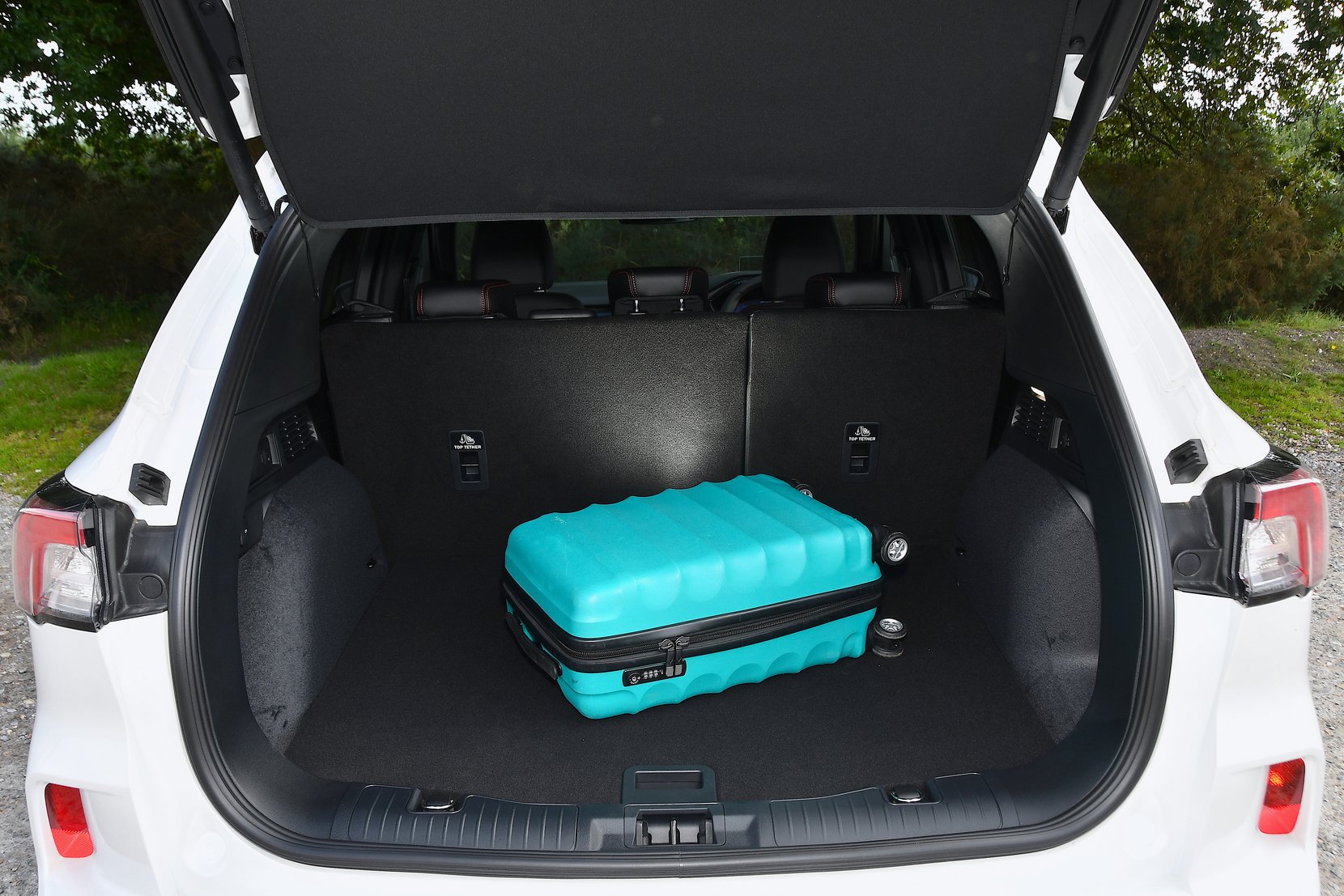 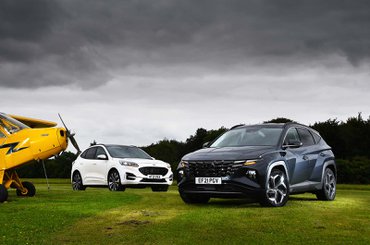 Versatile and potentially cheap to run, plug-in hybrid SUVs are tempting for families and company car drivers alike. Let’s see if the new Tucson has what it takes to beat the class-leading Kuga