The Mini hatch has had a revamp to keep the likes of the Audi A1 and Ford Fiesta Vignale on their toes. Which is the best premium small car?...

If you struggle for leg or head room in the Mini, your name must be Sultan Kösen – the world’s tallest living man, at 8ft 2in. The amount of room available up front is remarkable for a relatively small car. The A1 has the least front leg room, and the Fiesta – by dint of its standard panoramic glass roof – the least head room, although both can still accommodate six-footers comfortably.

All three come with the obligatory bank of two cupholders, as well as a reasonable-sized glovebox and door bins. They don’t provide oodles of oddment space, though, especially the A1.

Once you’ve negotiated its narrow rear door apertures, the Mini impresses most for rear space, but leg and head room are merely adequate for two statuesque adults. The tall ridge in the floor makes it a pain to seat three in the rear, although none of our ensemble is exactly commendable in this respect. 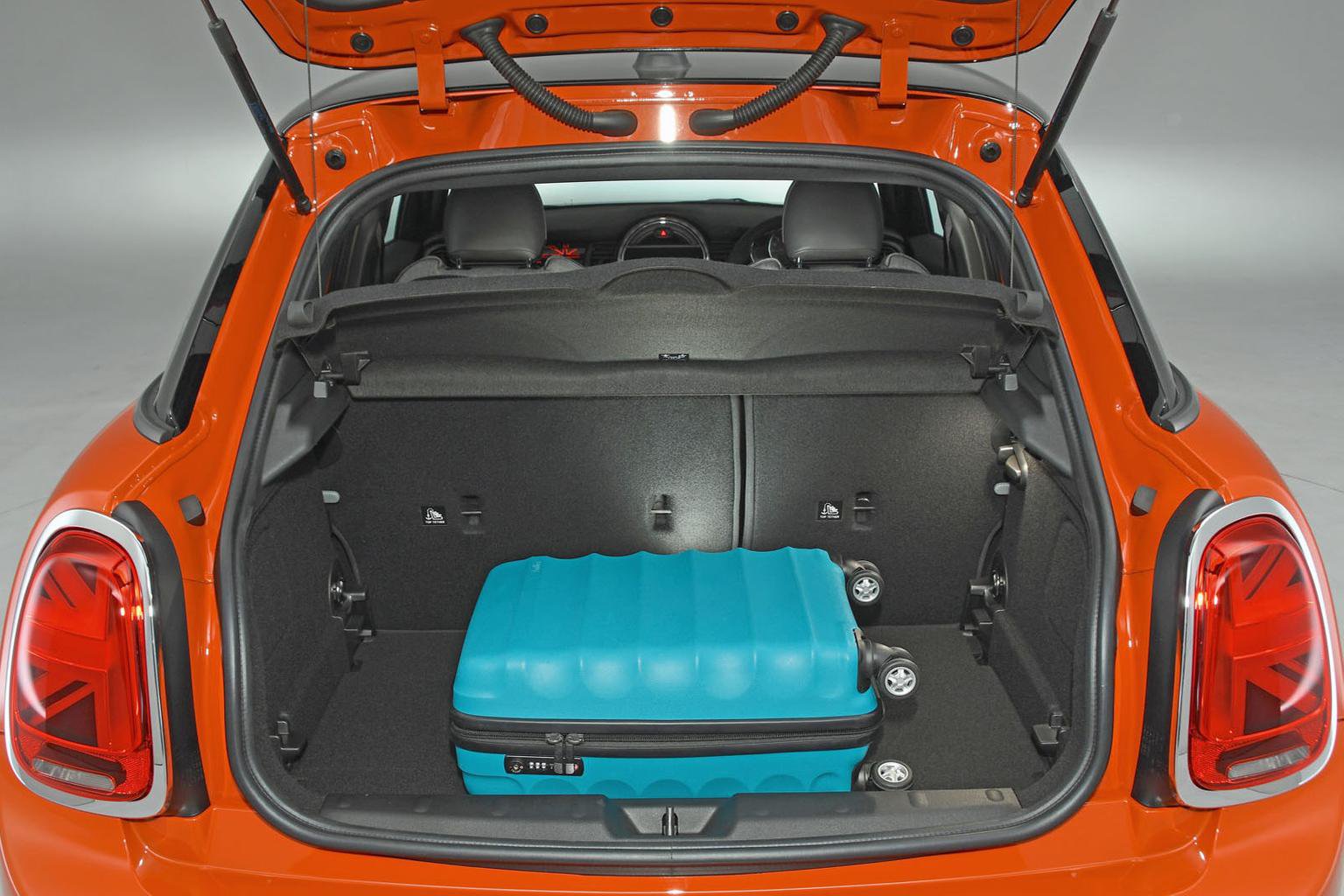 The Fiesta’s panoramic roof limits rear head room even more than it does in the front, while leg room is tighter than in the Mini. Mind you, getting in or out of the Fiesta is an easier task, thanks to its wider doors.

You can pretty much forget about offering lifts to anyone older than about 12 in the back of the A1. Average-sized adults will need to fold themselves up like human origami simply to get in there.

The A1 also has the tightest boot. We managed to fit four carry-on suitcases inside, but not easily, and while the Mini only matched that, it did so with far less head scratching. That’s because its load bay is so much more flexible; you get a height-adjustable boot floor that hinges up and can be secured to the rear seatbacks, leaving a boot of considerable depth, and you can lock the seats at a 90deg angle, creating a squarer space. 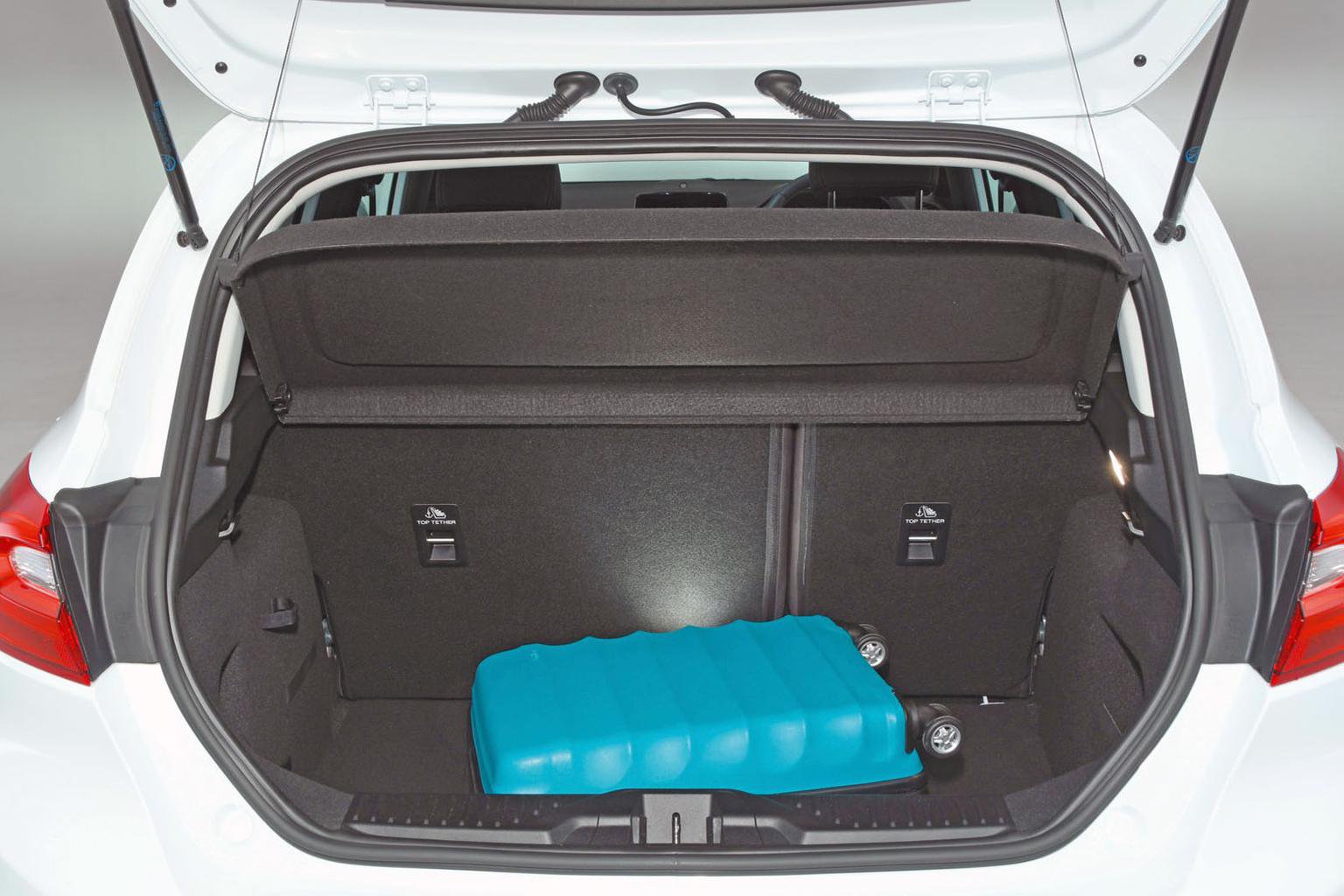 Then again, even without such nifty features, the Fiesta accepted five cases. It has the highest load lip, though, so it’s worth paying £75 for a height-adjustable boot floor, which, in its highest setting, alleviates this issue.

All three have 60/40 split-folding rear seats that lie usefully fl at in the Mini and Fiesta but sit at an awkward angle in the A1. 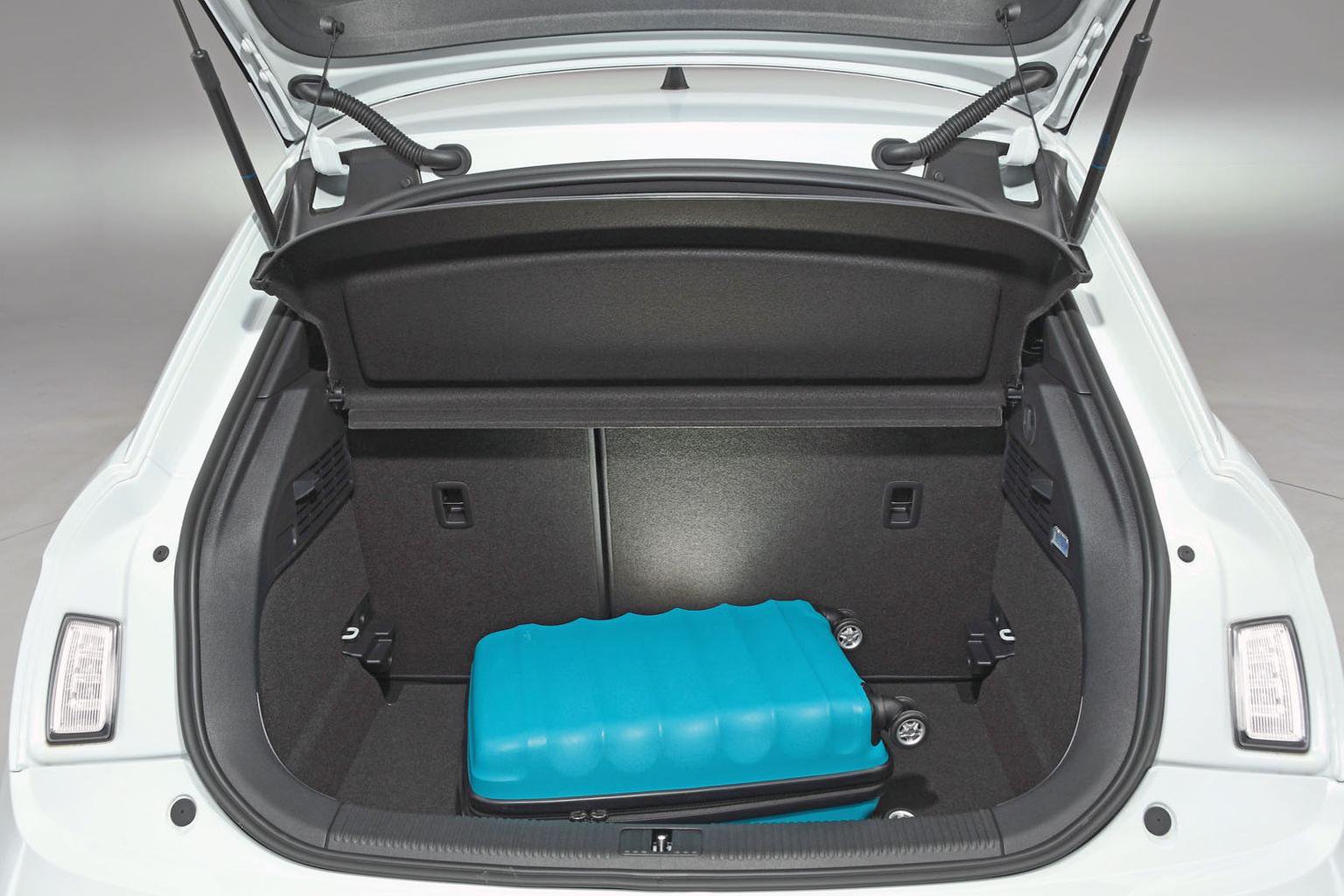 Boot is uniform in width but shallow, and the curved, steeply raked tailgate limits room considerably. The rear seatbacks lie at an angle when folded, too. 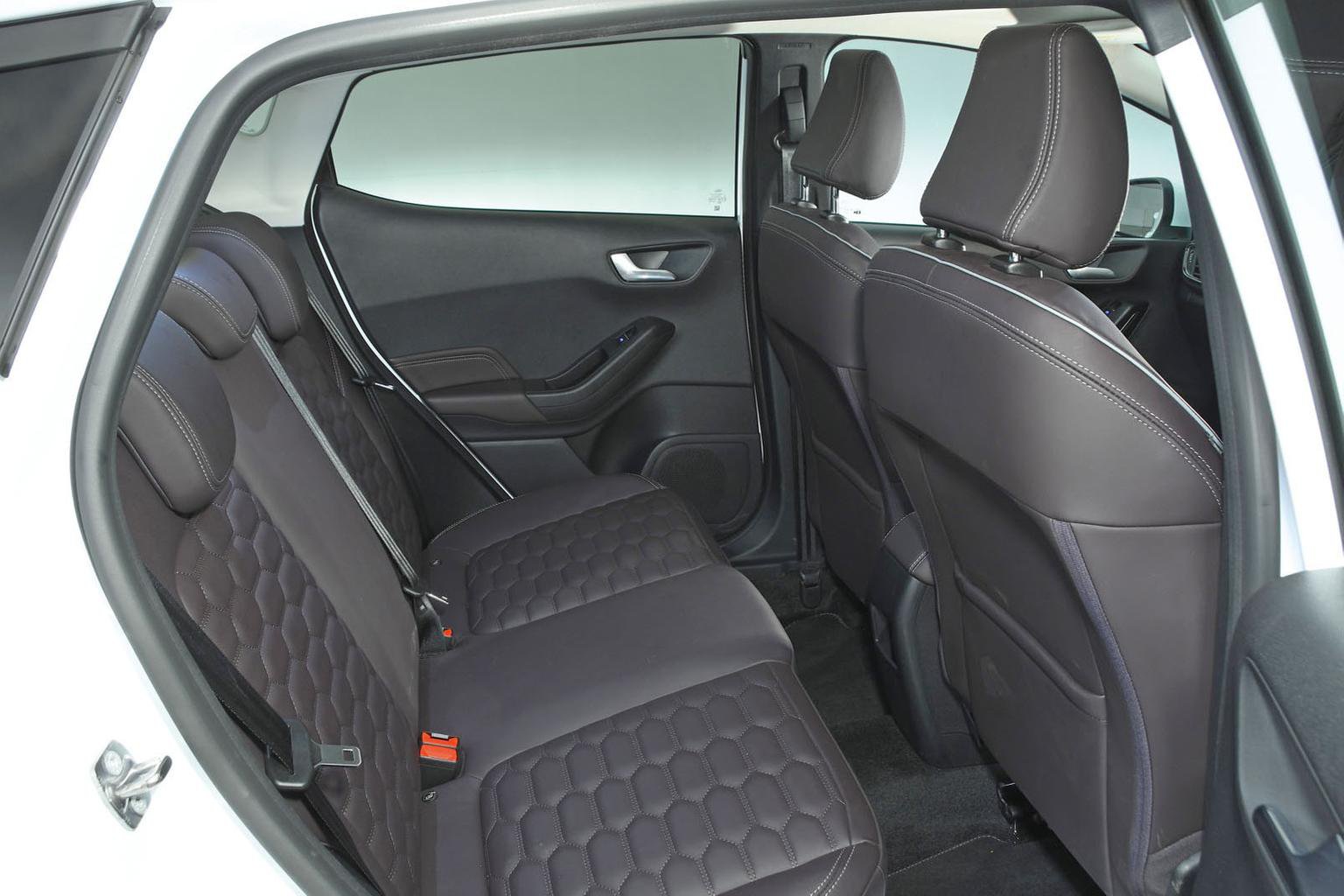 Not class-leading, but the Fiesta’s boot is the biggest here and a good shape. A height-adjustable boot floor is an option we’d suggest, because it mitigates the high load lip. 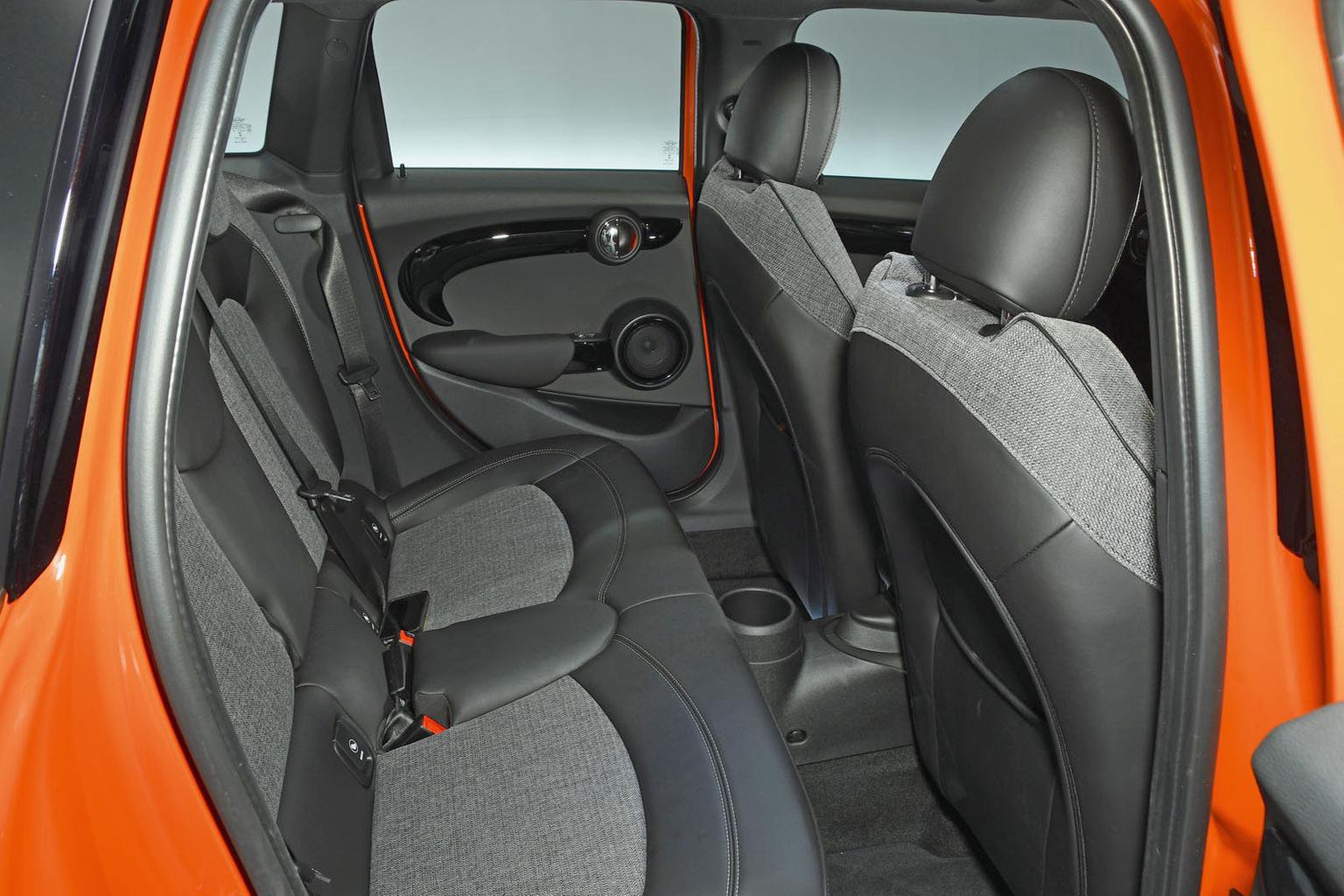 Adjustable boot floor lifts to reveal separate under floor storage, or clips to the rear seatbacks to create a very deep boot. Rear seats fold usefully flat, as do the Fiesta’s. 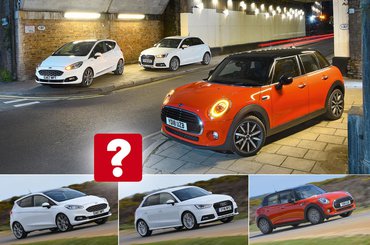