Our favourite hot hatch, the Honda Civic Type R, is being chased down by the Volkswagen Golf GTI, as well as the most extreme Renault Mégane RS to date: the 300 Trophy...

Our reigning Hot Hatch of the Year is a sensational driver’s car, so it will be tough to beat.

The latest RS really impressed in Cup form, and this Trophy version is even more focused.

TCR special edition produces 286bhp and is the last hurrah for the current Golf GTI.

It’s common enough for car makers to try to whip up interest in models that are nearing the end of their life by bringing out ‘special edition’ versions. However, in the case of the Volkswagen Golf GTI, these have earned a reputation for being truly special, rather than just cynical marketing exercises. So, this new TCR model – which represents the swansong for the current generation of the hot hatch – has a lot to live up to.

Sounding like a local radio station but actually named after the touring car racing version of the Golf, it has 44bhp more than the existing GTI Performance, taking the total up to 286bhp. What’s more, there are plenty of look-at-me design details, the brakes have been upgraded and the suspension can be, too.

Renault, by contrast, appears to have decided that in a world of streaming services and same-day delivery, people don’t want to wait until a car is about to exit stage left before they get the fastest, most focused versions. It’s little more than six months since it introduced its latest Mégane RS, yet we now have this hardcore Trophy model. Again, power has been hiked, here by 20bhp to 296bhp. Plus, it features the lowered Cup chassis that’s usually an option, its accelerator responses have been sharpened and there’s a freer-breathing exhaust with the potential to make it sound even better.

Before either of these cars can be crowned as the new hot hatch king, though, they first need to get the better of the Honda Civic Type R. It has set the standard for the past two years, managing to be both scintillating and sensible, and it actually has more power than either of the newcomers. 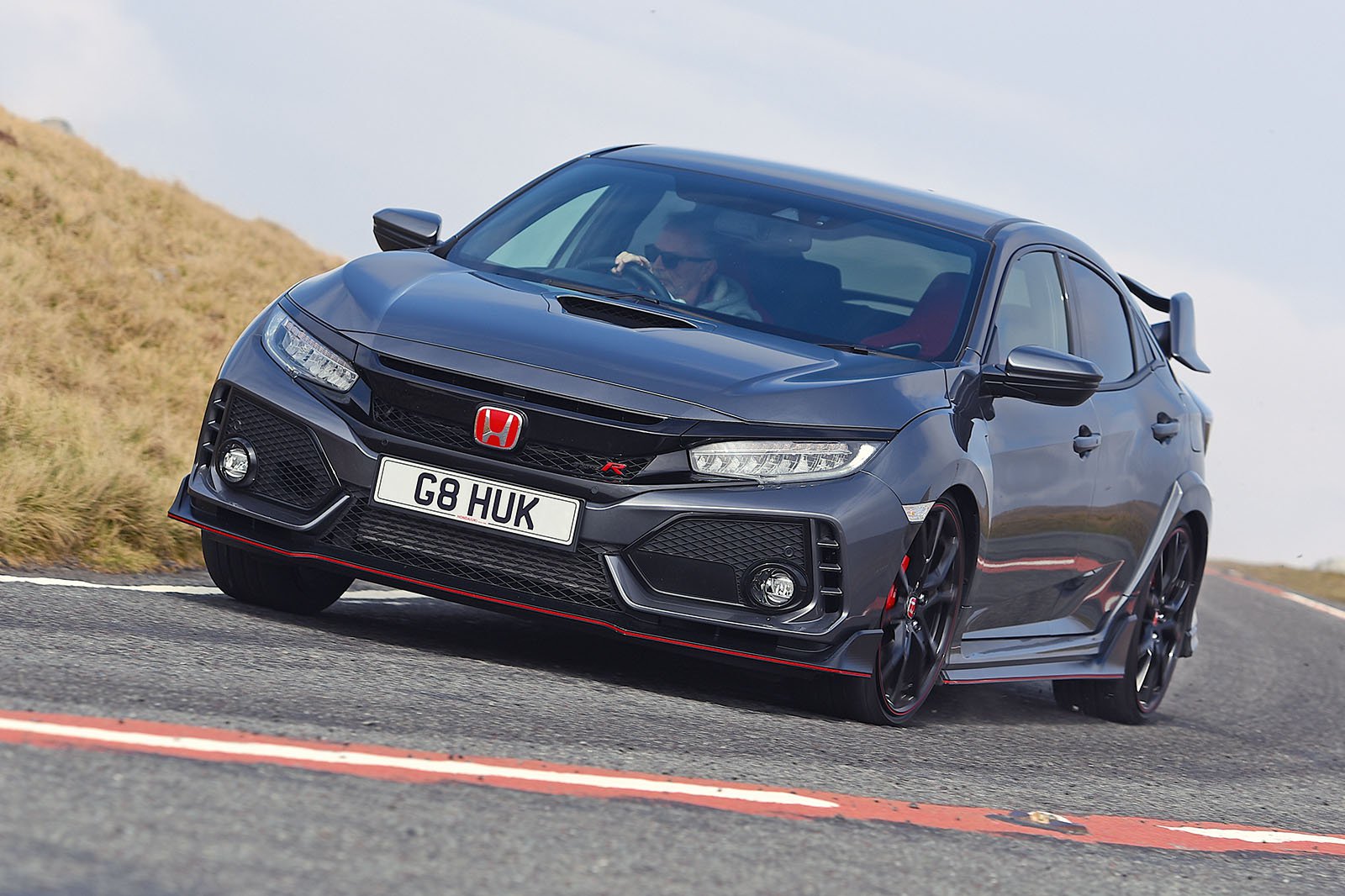 You could argue that a car’s 0-60mph time isn’t particularly relevant; after all, how often do you find yourself needing to blast away from a set of traffic lights as quickly as possible? However, it remains a key number in any game of Top Trumps, and it’s the Golf that gives you the most to brag to your mates about.

Its standard DSG dual-clutch automatic gearbox incorporates a launch control system that allows even the most clod-footed of drivers to make a perfect getaway every time. Plus, the Golf swaps ratios far quicker than is possible in either of its manual rivals.

The result is 0-60mph in just 5.2sec, compared with 5.4sec in the Civic and 5.7sec in the Mégane, although the latter can be ordered with a dual-clutch automatic of its own (for £1710), whereas the former is manual only.

Despite being the heaviest car here and having the least power, the Golf continues to pile on speed fastest when rolling, aided by those blink-and-you’ll-miss-them gearchanges, which can also be controlled by the driver via steering wheel-mounted paddles.

But you’re still unlikely to feel shortchanged by the performance of the Civic or Mégane, and there’s real pleasure to be had from flicking from gear to gear using the Civic’s super-slick manual ’box. The Mégane’s, on the other hand, is a little stiff. But you’ll be tempted to cut Renault some slack when you floor the accelerator, because the car sounds fantastic – particularly in Race mode. 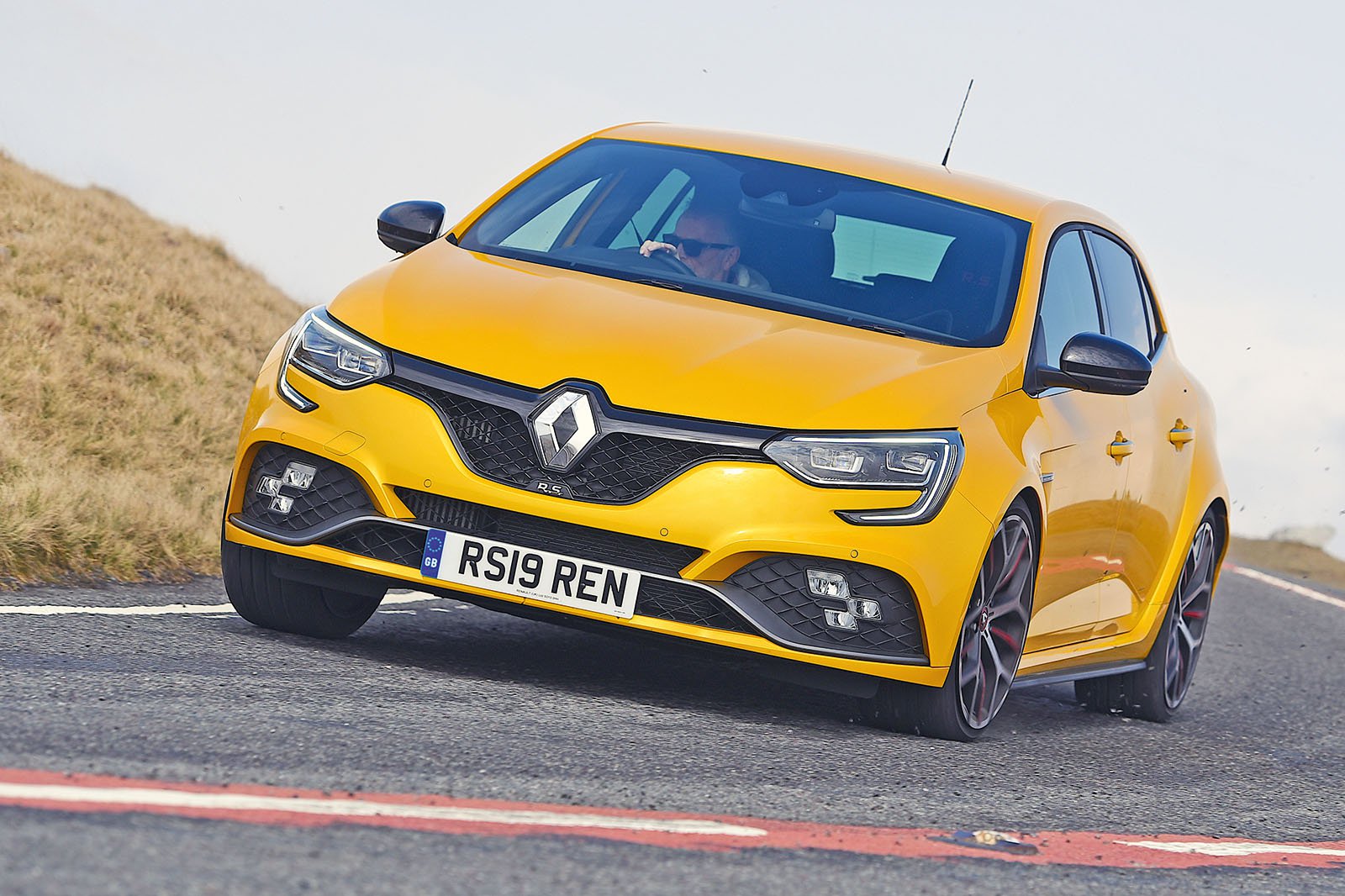 The Golf’s engine note is rather ordinary by comparison, despite it being digitally enhanced, and while the Civic emits plenty of turbo whoosh, this doesn’t have you impersonating the Cheshire Cat in the way that the Mégane’s growls and crackles do.

Instead, the biggest thrills in the Civic come from the way it tackles corners. It feels incredibly poised, with little body lean and loads of grip. Plus, it remains very stable under hard braking and its limited-slip differential (LSD) does an excellent job of distributing power between the front wheels in whatever way maximises traction.

All of this means you quickly feel comfortable driving the Civic fast, whereas the Mégane takes time to get used to. Yes, it also has an LSD (as does the Golf), and this drags you out of tight bends with even more verve than the Civic’s. But under hard acceleration, it can feel like someone has hacked into the steering and is fighting you for control, because the engine’s torque makes the wheel tug left and right in your hands.

Adding to the Mégane’s complex character is four-wheel steering, with the rears turning in the opposite direction to the fronts at speeds of up to 62mph. This not only gives it a tight turning circle but also improves its agility on winding roads. You really do feel like the car is pivoting around you; some people will love this, but it can feel quite disconcerting when you’re driving hard. 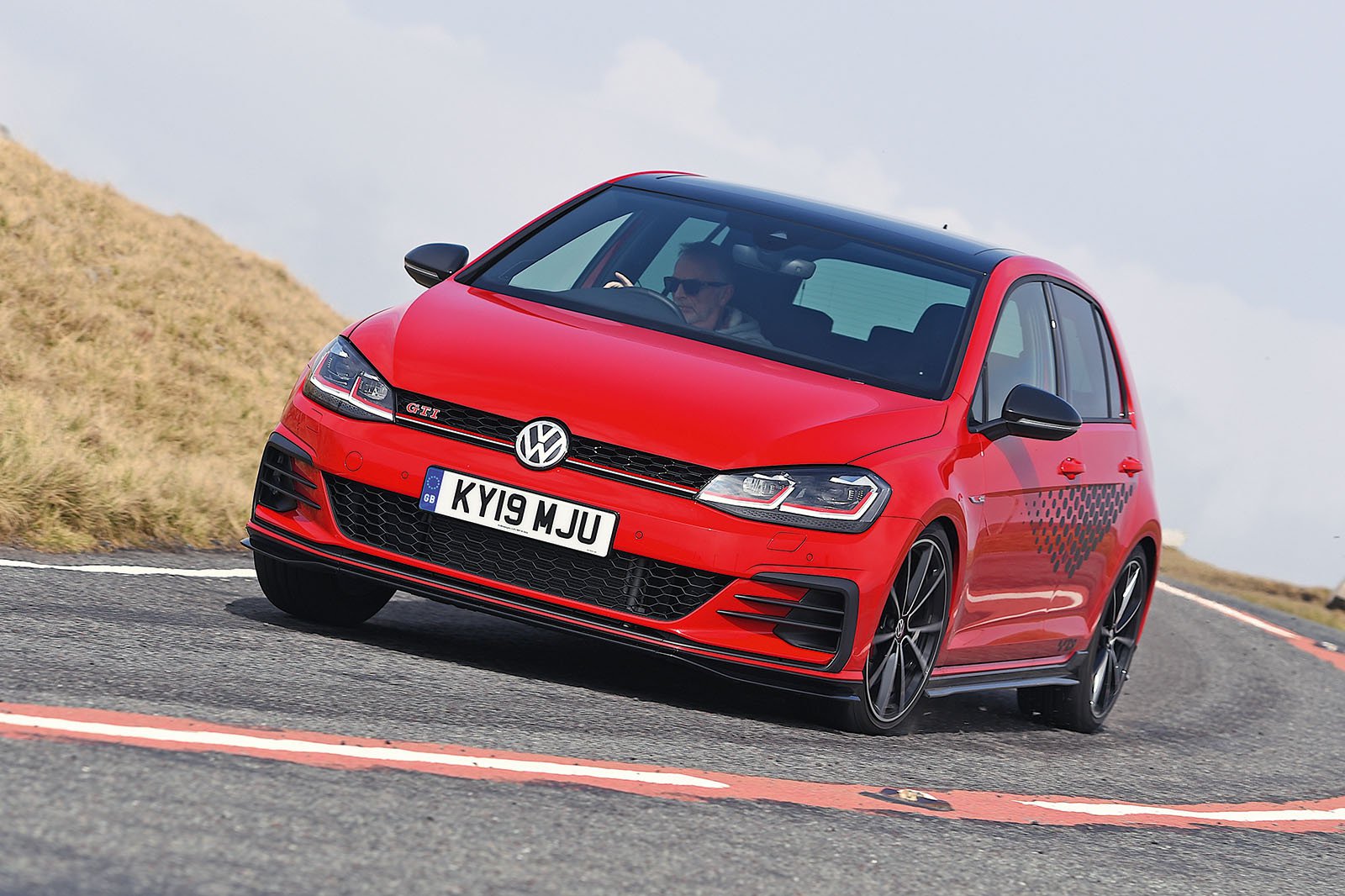 And what of the Golf? Well, its steering is the most precise of the lot, offering loads of feedback whether you’re winding lock on or off. Unfortunately, you have to put up with more body roll than you do in the other cars and it feels the least stable under hard braking.

This is reflected in its lap time. Our 0.9-mile test track is designed to simulate a meandering B-road, giving an objective benchmark in terms of handling limits, and here the Golf was more than a second slower than the closely matched Mégane and Civic.

The Golf is at its best when driven at eight-tenths, then, at which point you can really savour its steering and (if you’ve specified the £875 adaptive dampers fitted to our test car) its supple ride.

The Civic is even more forgiving, aided by the fact it gets adaptive dampers as standard, whereas the Mégane’s Cup suspension bounces and jostles you about incessantly; it’s only when you drive like there’s a tornado on your tail that it starts to settle and you can appreciate its ability to stay composed on badly surfaced roads.

As good as the Mégane’s engine sounds, the fact you can always hear it can become a bit tiring on the motorway, although road noise is relatively subdued by hot hatch standards. There’s a lot more of this in the Civic, along with some exhaust boom, so it’s the noisiest cruiser, while the Golf sits at the other end of the refinement spectrum but still suffers from some rear suspension thudding.