Renault's striking new Megane is designed to steal company car sales from the Seat Leon and Vauxhall Astra. We find out which is best...

All-new Mégane is designed to mix it with the best; this diesel aims to woo company car drivers.

It may be the oldest car here, but the Leon is a top family hatch and will present a strong challenge.

The Astra is a fine all-rounder, and this version has low CO2 emissions. It could be the one to beat.

Small SUVs are in the ascendency, so why pick a traditional hatchback instead? Well, a lower-slung, less bulky car can offer nimbler handling and, potentially, cost less to run, too.

Renault’s new Mégane is the latest model to join the fray. This 1.5-litre diesel Dynamique Nav version is designed to pique the interest of company car drivers, with competitive CO2 emissions to keep your benefit-in-kind (BIK) tax bills low, and standard sat-nav to keep you from getting lost.

Likewise, the Vauxhall Astra Tech Line has tempting gadgets and a low list price. With CO2 emissions among the best in class, this 1.6-litre version is even kinder to your wallet than the Mégane.

Don’t discount the Seat Leon, though. It’s long been one of our top choices, with sprightly handling and striking looks, and it’s cheap to run in tax-busting Ecomotive form.

All three cars have fairly small, frugal diesel engines, so it would be unreasonable to expect hot-hatch pace. You do need reasonable real-world peppiness for overtaking, though, and in this respect the Leon and Astra deliver. All three engines produce 108bhp, but the Leon and Astra have better mid-range oomph. The Astra’s extra in-gear pulling power is more noticeable when accelerating from 30-50mph, while the Leon edges it between 50-70mph.

As the heaviest car here the Mégane feels relatively lethargic, particularly when you’re pulling away from traffic lights or overtaking on a country road. It has enough mid-range muscle for most circumstances, though, so it would be unfair to describe it as slow. 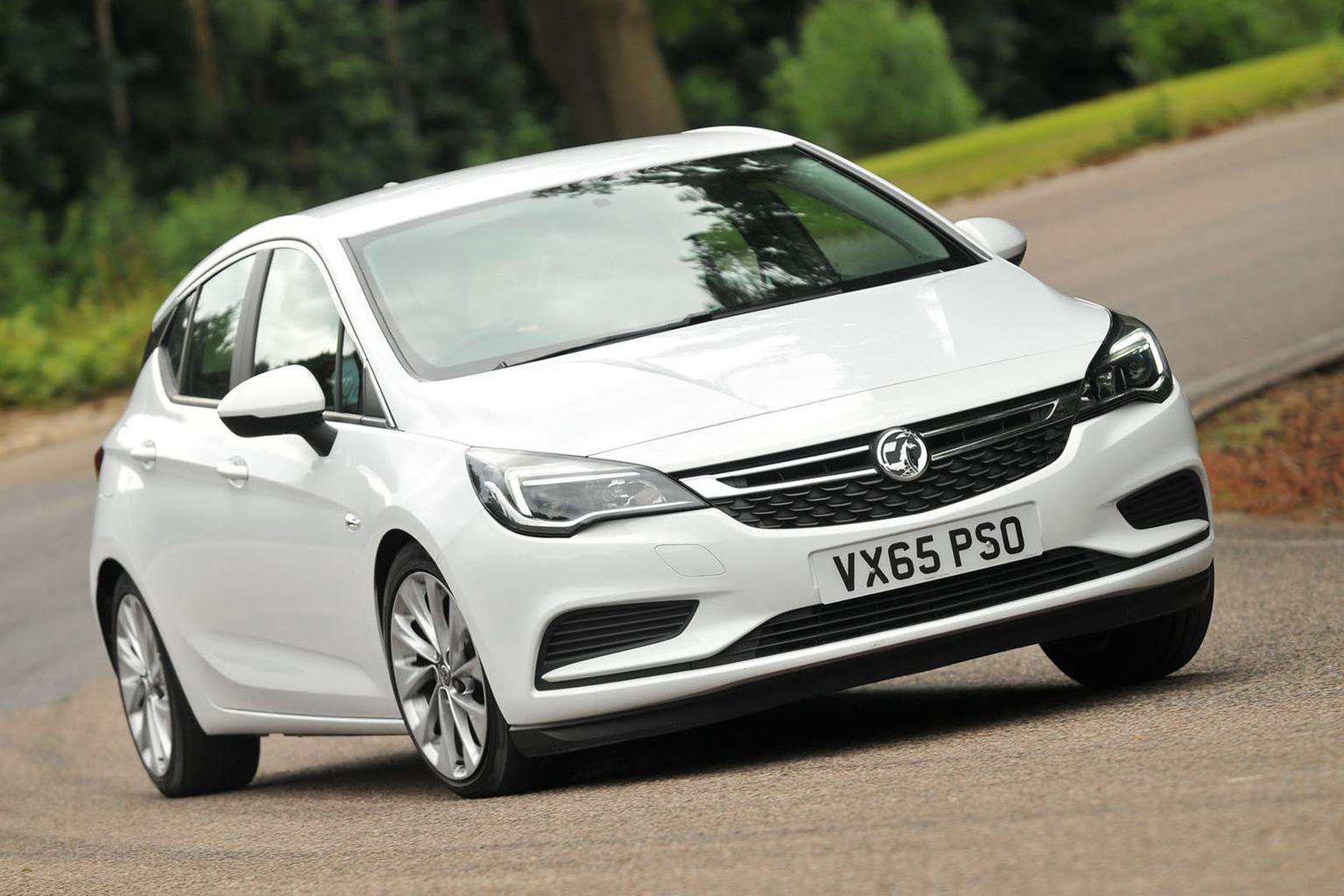 The Mégane’s engine is quiet in all but the upper reaches of its rev range, but vibration through the pedals does tingle your feet. In contrast, the Leon isolates you better from vibrations, but its engine sounds boomier. While you get a few vibrations through the Astra’s pedals, its engine is the smoothest overall. In terms of wind and road noise, the Astra is almost as good as the respectably hushed Mégane at speed, with the Seat’s extra road roar making it the noisiest motorway cruiser.

All three cars come with six-speed manual gearboxes. The Leon’s is precise, and the Astra’s is light but a bit sloppy in comparison. Still, its gearbox is nicer to use than the Mégane’s, which is vague enough to occasionally dupe you in to selecting the wrong gear. 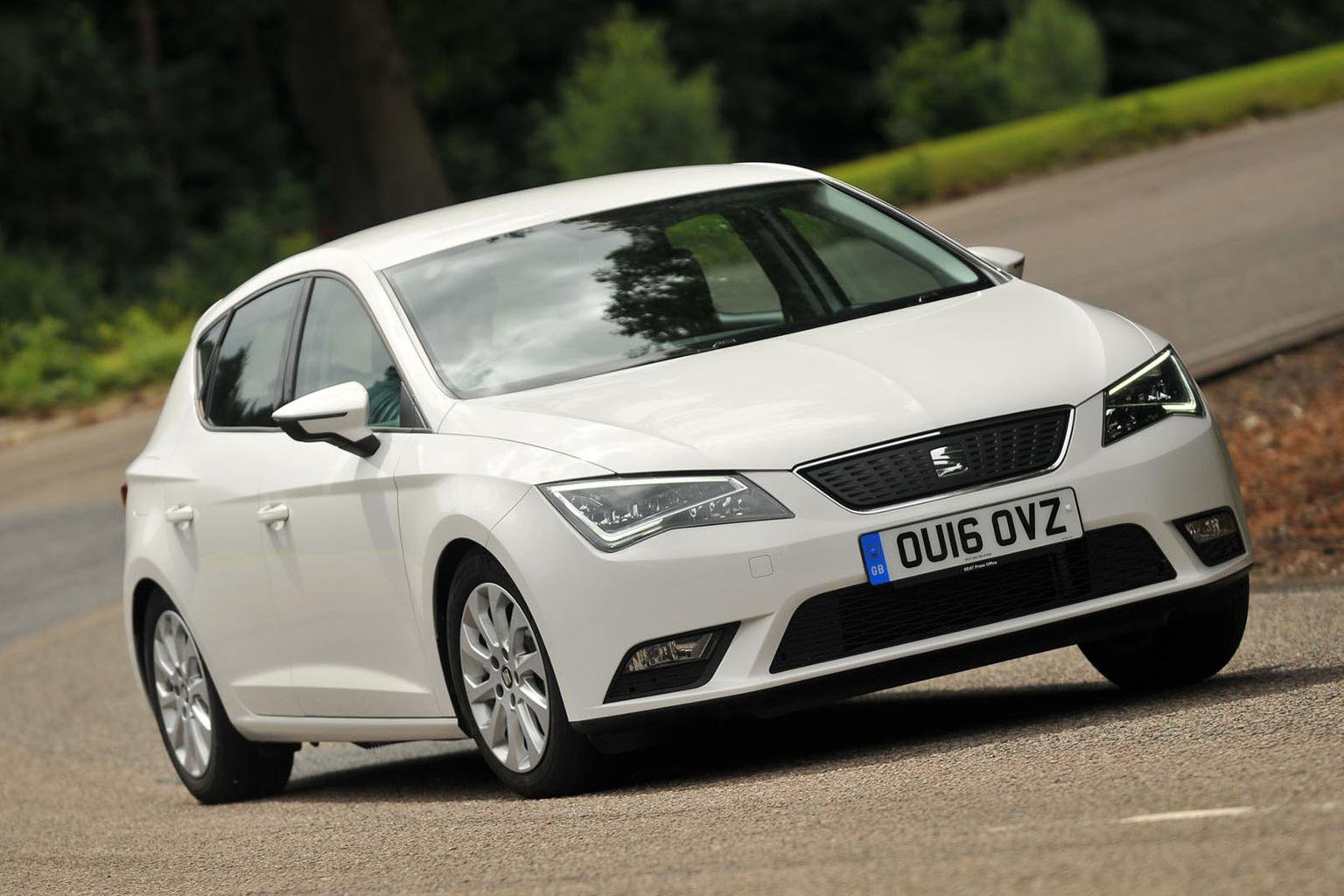 We aren’t overly keen on the Mégane’s brakes, either: there’s too much travel before they suddenly bite sharply. In contrast, the Leon and Astra’s middle pedals allow you to slow your progress smoothly.

Neither the Mégane nor the Astra deliver much steering feedback, despite the Mégane having a button to change the steering weight. Particularly at faster speeds, the extra feel and more natural weight build-up you get from the Leon allow you to steer round corners with more confidence. 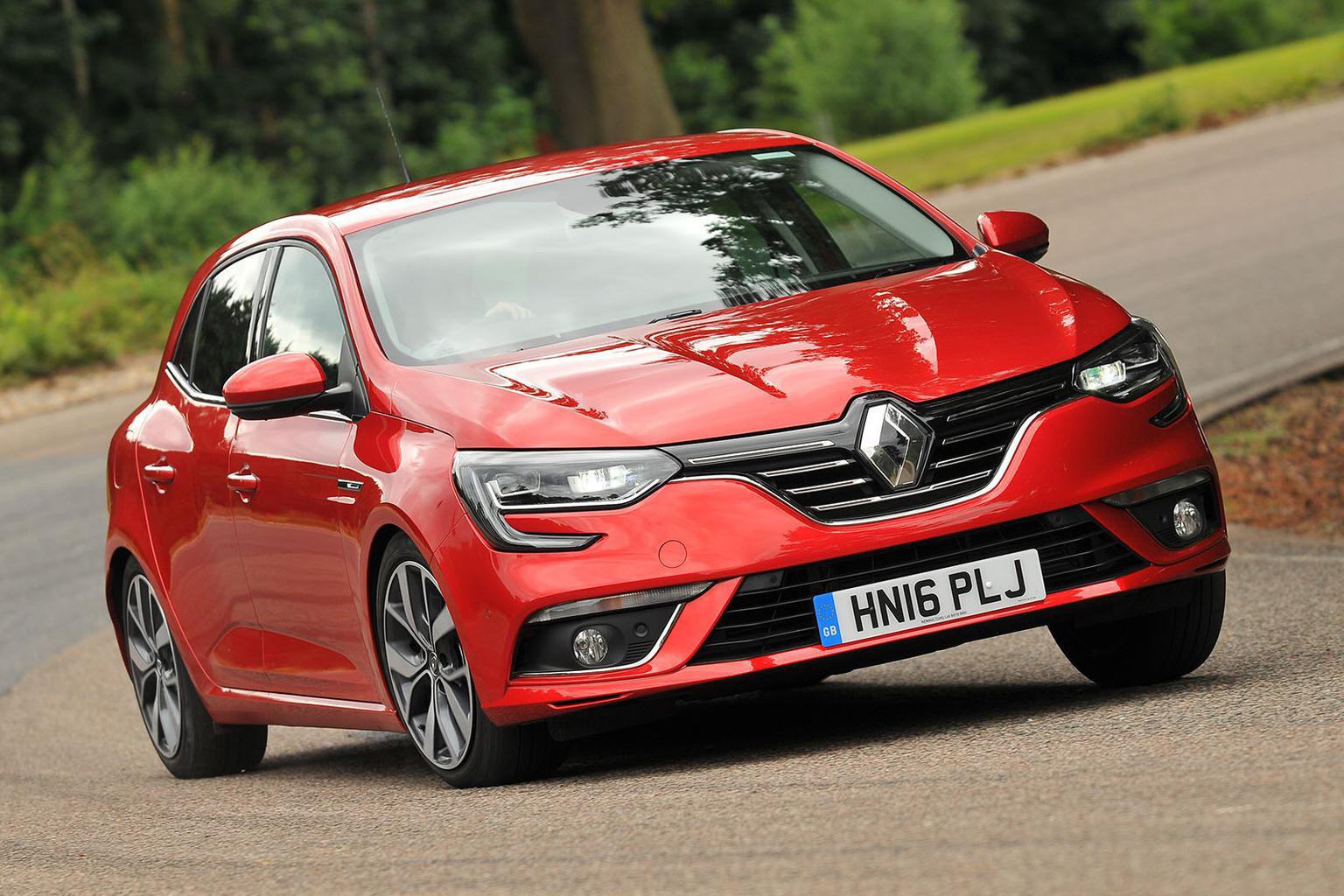 With the most grip and least body lean, the Leon switches direction keenly and is the most stable through bends. The Astra turns in eagerly, but feels a bit nervous in comparison, whereas the Mégane is safe, but sways about the most and is the least fun to drive with gusto. That said, the Mégane is smoothest over scraggy roads. The Astra’s a bit more unsettled, and, while the Leon is noticeably the firmest, it’s never too uncomfortable.