Alpine recreated the A110 and immediately topped the sports car class. Has Toyota repeated the trick with its all-new Supra?...

Up to now, our tests have shown that the A110 is easily the best-handling sports car for £50k.

Sharing its basis with BMW’s Z4, the Supra has rear-wheel drive and a 335bhp turbo straight six.

There's more than one way to crack an egg. Just look at the lion and the hare. One is a thundering, heavyweight mound of muscle, the other a flighty, hopperty welterweight. Yet despite being so wildly different, both can run at up to 50mph for short bursts. We have two more similar yet disparate beasts for you here.

The first thing to point out about the new Toyota GR Supra is that underneath its swooping lines lies a BMW. Its chassis, suspension and brakes are all basically the same as those of the Z4 M40i roadster, as is its front-mounted turbocharged 3.0-litre straight six petrol engine. So, packing brawn and a relatively hefty kerb weight of 1495kg, it represents the lion.

That makes the Alpine A110 the hare. It has a comparatively teeny 1.8-litre four-cylinder turbo motor in its middle, but it’s lighter – a lot lighter, in fact, at 1123kg – so it’s just as quick. And if you consider how a hare can stop and turn on a sixpence, the A110’s lightness could make it the better sports car. 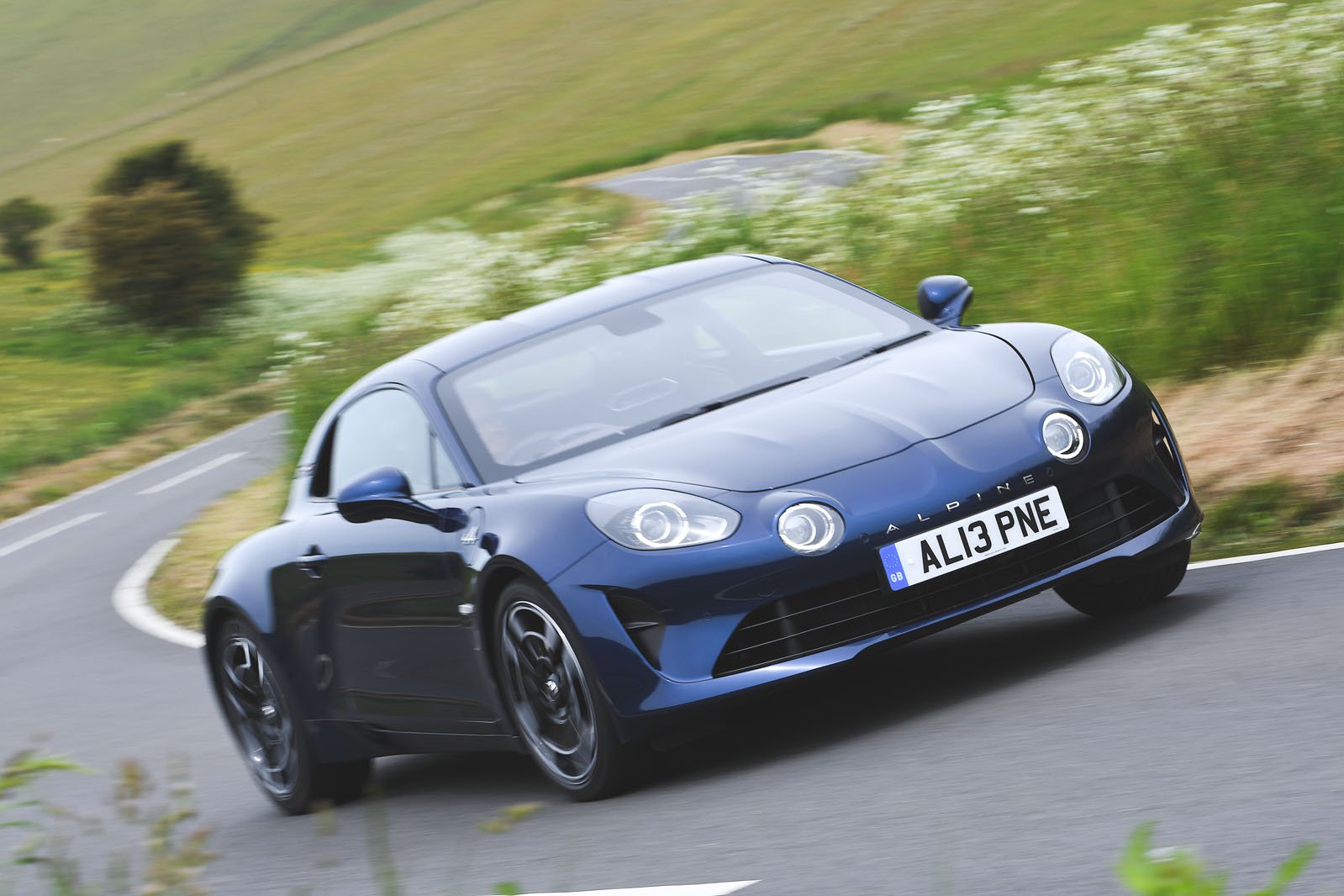 We’ve little doubt that the Supra would be the quicker car in the dry, but our test day was a washout and the lion struggled to get away cleanly, despite having vast metaphorical paws in the form of wide rear tyres. In past tests, the A110 has gone quicker than it did here, but even in these conditions it found traction its rival couldn’t. Both ended up getting from 0-60mph in 5.1sec, which is quick. But with more torque, the Supra is undeniably punchier, and once it had overcome its traction issues, it pulled ahead up to 100mph.

The two cars’ gearboxes differ in design. The Supra’s eight-speed traditional automatic slurs through its gears sweetly but is quick when you ratchet up to the more aggressive driving mode. It jolts the car when dropping from second to first in traffic, though.

The A110 uses a dual-clutch ’box. This is just as slick in its most relaxed setting but punches harder and faster in Track mode, making it better for a sports car.

Does the Supra’s engine sound better? It’s certainly silkier, but as with most BMW motors these days, the noise is augmented through the stereo speakers – a trick some will find quite artificial.

There’s an element of the contrived about the A110’s parp, too. The pops and bangs when you lift off the accelerator are silly, but the four-pot’s guttural snarling and fizzing – emanating inches behind your ears – sounds pukka. 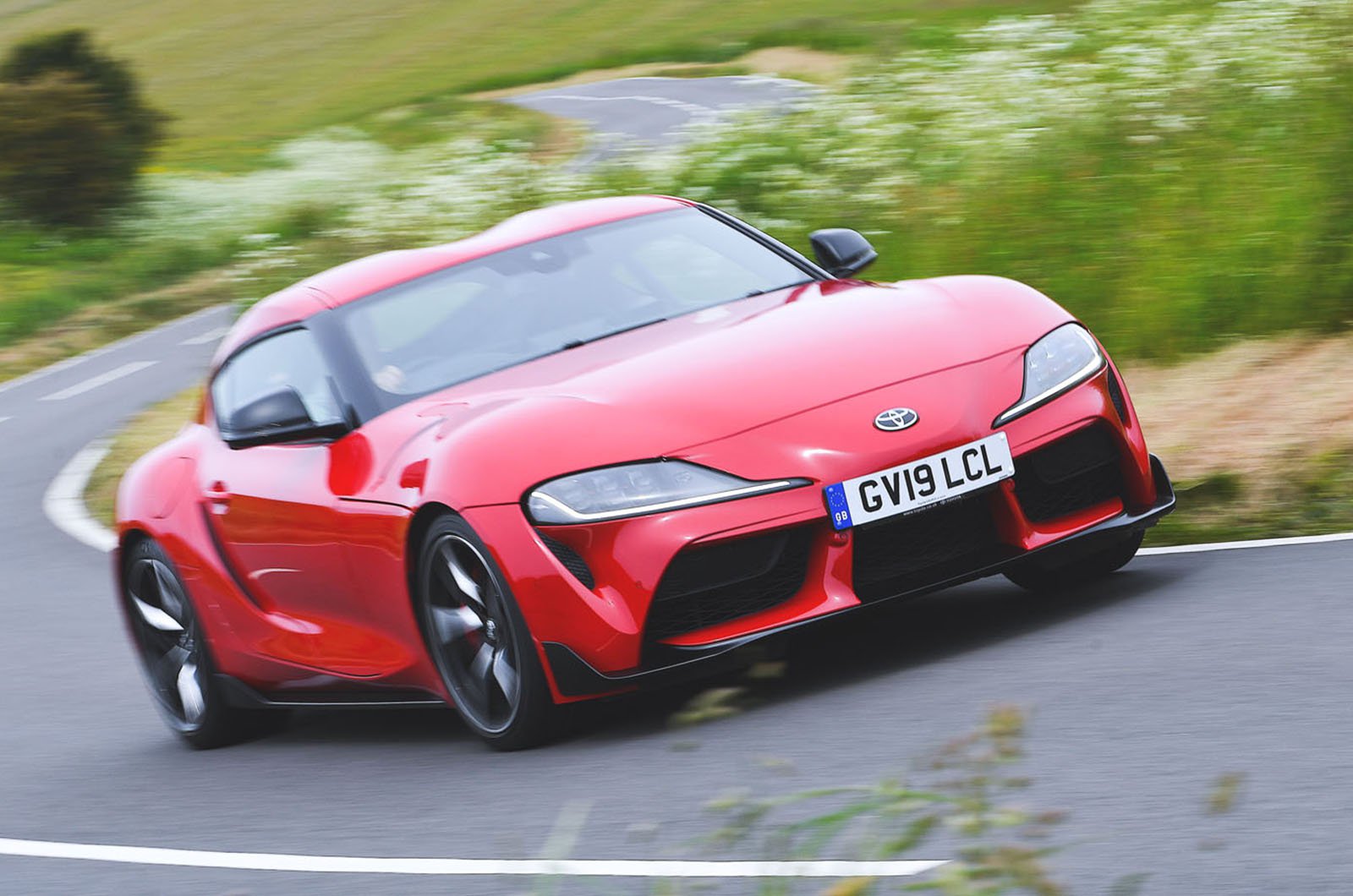 The suspension of the A110 (it’s available only with passive springs and dampers) could be likened to a frozen pond. On the surface, it’s unforgiving, even a little brittle over smaller imperfections, both around town and on faster roads. Encounter similar surfaces with the Supra’s standard adjustable setup (in softer Comfort mode) and you feel far fewer ripples. But break through the A110’s harder outer layer and beneath lies the supple malleability of water. You need only ride over a speed bump to get acquainted with this: the car deals with the swell of asphalt like a boat’s hull piercing straight through a wave. The Supra, on the other hand, bobs over, becoming jarring with larger imperfections.

This also affects its handling. Yes, the Supra is more tied down than the less potent Z4 sDrive30i we’ve tested previously, but being less compliant than the A110 when cornering hard on a bumpy road makes it quite twitchy. Add in quick steering that feels a touch disconnected as you enter a turn and the Supra is a car that you can drive comfortably up to 80%.

The sublime A110 goads you up to 100%. It steers so sweetly and, no matter how dreadful the road’s folds, stays astonishingly stable. You trust it implicitly as you power out of turns, knowing it won’t skip out of line. If you provoke a slide with a stab of your right foot, it’s predictable to and over the edge.

The A110 is more of a sports car, then, so is the Supra a better grand tourer? Its calmer motorway ride certainly helps, but at 70mph both cars produce soft wind noise and a tolerable amount of road patter. 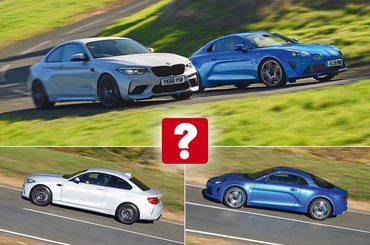 These sports cars have evolved in very different ways, but both promise to be thrilling to drive. Only one can be king of the jungle, though